After all the rioting and looting and burning in Ferguson, St. Louis, and across America protesting the grand jury’s decision to NOT charge white Ferguson police officer Darren Wilson with the shooting death on Aug. 9, 2014, of black 18-year-old “gentle giant” Michael Brown . . . .
After the media, led by CNN, jeopardized the lives of Officer Wilson and his family by broadcasting his home address . . . .
After all the millions of #BlackLivesMatter self-righteous tweets . . . .
After the race-baiting by Black extortionists like Al Sharpton . . . .
After a white Marine veteran sustained brain injury from being assaulted by 20 Blacks angry about Ferguson . . . .
After a black Texas school teacher told white Americans (“dumb duck ass crackers”) who disagree with her on Ferguson to “kill yourselves” . . . .
After Black Muslim Louis Farrakhan incited violence by publicly threatening race war . . . .
After the U.S. Attorney General Eric Holder fanned the racial flames by traveling to Ferguson and speaking of his experiences as a victim of racial profiling . . . .
After the First Lady of the United States Michelle Obama fanned the racial flames by claiming she and her husband had been victims of racism and racial profiling . . . .
And in spite of the President of the United States Barack Obama throwing a match into the racial fire by secretly meeting with Ferguson protest leaders to “stay on course” and telling black Americans via the Black Entertainment Network that white cops have a “subconscious fear” of  black Americans because they “look different” (when the FBI’s own statistics show that more black cops kill black felons than white cops kill black felons, and the real problem is that of blacks disproportionately killing white cops) . . . .
After all the above and more, the Obama administration’s own Department of Justice will recommend that no civil rights charges be brought against Darren Wilson because the Obama administration’s own Federal Bureau of Investigation has found no evidence to support such charges.

Matt Apuzzo and Michael S. Schmidt report for The New York Times, Jan. 21, 2015, that although Attorney General Eric H. Holder Jr. and his civil rights chief, Vanita Gupta, will have the final say on whether the Justice Department will close the case against officer Darren Wilson, “it would be unusual for them to overrule the prosecutors on the case, who are still working on a legal memo explaining their recommendation.”

The FBI’s conclusion supports a prior and separate investigation by Missouri authorities who had recommended against charging Wilson.

Federal investigators interviewed more than 200 people and analyzed cellphone audio and video. Officer Wilson’s gun, clothing and other evidence were analyzed at the F.B.I.’s laboratory in Quantico, Va. Though the local authorities and Brown’s family conducted autopsies, Holder ordered a separate autopsy, which was conducted by pathologists from the Armed Forces Medical Examiner’s office at Dover Air Force Base in Delaware.

The federal investigation did not uncover any facts that differed significantly from the evidence made public by the authorities in Missouri late last year. To bring federal civil rights charges, the Justice Department would have needed to prove that Officer Wilson had intended to violate Brown’s rights when he opened fire, and that he had done so willfully — meaning he knew that it was wrong to fire but did so anyway.

The Justice Department plans to release a report explaining its decision, though it is not clear when. Dena Iverson, a department spokeswoman, declined to comment on the case Wednesday.

Benjamin L. Crump, a lawyer for Brown’s family, said he did not want to comment on the investigation until the Justice Department made an official announcement. “We’ve heard speculation on cases before that didn’t turn out to be true,” Mr. Crump said. “It’s too much to put the family through to respond to every rumor.”

Wilson resigned from the department in November, citing threats of violence against him and other officers. “It is my hope that my resignation will allow the community to heal,” he said.

See also “Only 1 in 10 Americans think race relations have improved under Obama” and our other posts on race by going to our “Black Racism” page.

too bad the demonstrators do not know how to read. They’ll never know

So the police force is “overwhelmingly White” and the City is “mostly Black”? Why are there not more Black cops there? Could it be because so many of the people there hate cops,and a Black BECOMING a cop would be considered an ultimate sell-out. (A Black Cop’s life would be constantly at risk-walking target.) Or maybe it’s that the Blacks who COULD become Cops don’t care to make the EFFORT to pass the required exams. (I refuse to say they’re not SMART enough to qualify,because I’m quite sure there ARE some Blacks in that town plenty smart enough,who could become… Read more »

Al Sharpton may sue the government for restraint of trade… 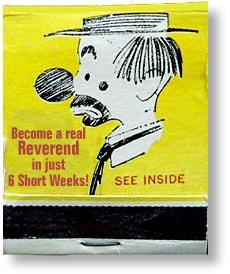 Since the Justice Dept. exonerated Officer Wilson, he should get legal representation so that he and the lawful residents of Ferguson could file civil suits against the race-baiters.

All that were harmed by this circus clown of a Attorney General and his Big Top boss Obama should be able to sue for their damages.