Ferguson: Before and After the Riots

The following “before [riot]” and “after [riot]” photos, showing the aftermath of riots following a grand jury’s decision not to indict police officer Darren Wilson in the shooting death of Michael Brown, are from The Wall St. Journal, Nov. 25, 2014:

From The Daily Mail:

This used to be an antique store

This used to be a gas station

This is what you did in the name of “Justice for Michael Brown.”
You must be so proud burning, looting, demolishing small businesses, most of which are owned by minorities.
You must be so proud trashing your home town. Even animals know better than to foul their nests.
Just remember these pictures when you complain in the weeks, months and years to come that no one wants to set up business in Ferguson — an auto store, a laundromat, a beauty supply store, a Little Caesar’s pizza, a gas station, an antique store, a Chinese restaurant . . . .

To Barack Obama:
You’ve made two speeches since the Ferguson grand jury decision. I read both speeches (here and here) and found NOT ONE WORD of empathy for the owners whose small businesses were maliciously and wantonly destroyed. Instead, you asked for “understanding” for the rioters and condemned Americans who actually are disturbed by the violence:

“But what is also true is that there are still problems and communities of color aren’t just making these problems up. Separating that from this particular decision, there are issues in which the law too often feels as if it is being applied in discriminatory fashion. I don’t think that’s the norm. I don’t think that’s true for the majority of communities or the vast majority of law enforcement officials. But these are real issues.  And we have to lift them up and not deny them or try to tamp them down. What we need to do is to understand them. […] those who are only interested in focusing on the violence and just want the problem to go away need to recognize that we do have work to do here, and we shouldn’t try to paper it over.” (“Remarks by the President After Announcement of the Decision by the Grand Jury in Ferguson, Missouri,” Nov. 24, 2014)
“And as I said last night, the frustrations that we’ve seen are not just about a particular incident.  They have deep roots in many communities of color who have a sense that our laws are not always being enforced uniformly or fairly. […] Separate and apart from the particular circumstances in Ferguson, which I am careful not to speak to because it’s not my job as President to comment on ongoing investigations and specific cases, but the frustrations people have generally — those are rooted in some hard truths that have to be addressed. […]  And to those who think that what happened in Ferguson is an excuse for violence, I do not have any sympathy for that.  (Applause.) […] But for the overwhelming majority of people who just feel frustrated and pain because they get a sense that maybe some communities aren’t treated fairly, or some individuals aren’t seen as worthy as others, I understand that.  (“Remarks by the President on Immigration – Chicago, IL,” Nov. 25, 2014)

From your speeches, I can only conclude that you view yourself as President of only “communities of color” and those misunderstood “frustrated” rioters, but not of the small business owners, many of whom are minorities, whose businesses were looted, trashed, and burned to the ground, nor of Americans like me who actually take notice of the violence and destruction.
See also:

I had a good friend whose shop was looted during Katrina’s ravage of Biloxi. Tommy owned a screenprinting shop–he did tee shirts for local teams and what not. He loved that shop. He made barely enough to survive, but he was a true artist and did not care much for the material world. He drank too much, but was a good person who was just a little bit different. In his shop was all of his silkscreening equipment and …his giant collection of vintage metal lunchboxes (think Bobby Vinton, Partridge Family), and other vintage movie posters and memorabilia–he did not… Read more »

Thank you, Lola, for sharing with us the story of Tommy. How heartbreaking.
And yet, in his speeches both on the night of the riots and yesterday in Chicago, while urging our “understanding” for the “frustrations” of the rioters, Obama made no mention of — even less expressed empathy for — the owners of the small businesses like Tommy’s that got looted, trashed, burned, and in some cases, completely destroyed.

How sad that those looters think nothing of the lives of the business owners they are wrecking. Shameful.

I am sorry to hear your story about Tommy, Lola; Jesus said, “No man is good…” However, that is worse than not good, it is evil, and it is much more common than any normal person can tolerate. I don’t believe that the destruction was led by residents of Ferguson. It is part of a national program causing conflicts throughout the United States. Melissa Melton had a post listing 83 cities in the US to be used for demonstrations, some of them liberal academic communities. In a nation of over 300 million, there will be citizens shot and killed by… Read more »

Yes, rioters, this is who you did that for:

With ALL the looting and destruction,the Cops were barely seen. If the Police dept. was small and they felt it to be suicide to intervene,okay-I can understand it.But they had the Police Dept.’s of nearby communities,or at least PART of neighboring Dept.’s,able and willing to stand with ’em. So the Cops’ non-intervention must have been the orchestration of a higher-up somewhere. I keep seeing mention made of this all being whipped up in order to give the alleged president an excuse to invoke Martial Law;that actually makes sense,but given the AP’s tendency to completely ignore silly stuff like LAW,the CONSTITUTION,America’s… Read more »

Apparently, the mayor of Ferguson requested national guard assistance but the governor sent it too late
https://www.nytimes.com/2014/11/26/us/ferguson-missouri-violence.html?_r=0

Let’s just hope that all the small business owners take their insurance settlements (hopefully, they were lucky enough to be insured) and get the HELL OUT OF DODGE (or Ferguson, as it may be.) Let the thugs be without convenience stores, gas stations, auto parts stores, etc, etc. These animals do not deserve any better. Let them sit and wonder why they are in such a state. There is a saying . . . ” even animals don’t s _ _ t in their own nests.” Evidently these animals aren’t as bright enough to figure that out. My heart grieves… Read more »

This is heartbreaking and alarming. The Ferguson “protesters” are not in this for “justice.” They are in it for looting, for theft, for mayhem. The Obama Administration has aided and abetted this—and the “Reverend” Al Sharpton has a proven track record: He instigated the fire at Freddie’s in Harlem, an arson fire that killed seven people plus the arsonist. This Administration is an overtly criminal administration that must be stopped now, or this will spread to all of America. This is no exaggeration or hyperbole. Make no mistake: Nothing like Ferguson has happened here in New York—yet. Be that as… Read more »

Obama Enslaves & Destroys Inner Cities ( I experienced all this while trapped in a large American city.) The suburbs are booming, but not fast enough. Yessir, you ghetto folks in inner cities have started a good thing, but there are still lots of acres outside the cities without any houses on them. So you’ve gotta move into “untouched” city blocks and do the following: Throw trash everywhere. You’ll insure that your friends who pick up trash and distribute free rat poison packets will keep their jobs. And folks can predict the weather by the direction the trash is blowing!… Read more » 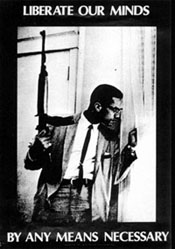 Also known as “keepin’ it real” and enabled by Democrats…
https://www.youtube.com/watch?v=mqTO4C6Kl3c

When you have an Islamic Communist in the White House an open letter to him means nothing. He’s committed to destroying the United States in whatever way possible. Advised by the evil twins Brzezinski and Kissinger and financed by the nation-killer George Soros there’s really nothing in his anyone can say that will change his mind; he will continue on his downward path to conclude his journey at the gates of hell. While the useful idiots of the left continually fault the Koch brothers for their connections, in Ferguson we now have a visible definition of the Brzezinski, Kissinger, Soros,… Read more »

“an open letter to him means nothing”
I’m not so naive to think Obama either reads this blog or will change because of what I wrote. What you call an open letter is a literary devise to get my point across — that the POS in the White House has no empathy for owners whose businesses were looted, trashed, & burned to the ground.

?Good point Dr. Eowyn, I can’t help getting wound up though when I think of what this guy’s doing to our country.

I keep waiting for God to exact justice, but it’s God’s timing. Sigh….

Are Ferguson riots a planned event? -

[…] 9. Firefighters in Ferguson did not immediately respond to calls to put out the multiple fires that were set by protesters. As a result, many businesses burned to the ground. (See “Ferguson: Before and After the Riots”) […]

What a coincidence! Ground Zero of Ferguson riots was slated for redevelopment 2 years ago -

REALPOLITIK: Ground Zero of Ferguson riots was slated for redevelopment 2 years ago | RIELPOLITIK

What a coincidence! Ground Zero of Ferguson riots was slated for redevelopment 2 years ago - Cronyism,Corruption and Lies in D.C.