Well, that’s what happens when you feature nude women and explicit sex scenes in your “hit” show. And Dunham wanted even more hardcore sex scenes in her show, which were ultimately shot down.

I guess feminists only approve of getting naked and being asked to get naked when it’s on their terms, even though they flaunt their nakedness. Ain’t feminism grand?
From Daily Mail: Girls producer, writer and director Jenni Konner has told of her anger after revealing that actress Lena Dunham was approached by a male director who wanted her to convince another actress to agree to on-screen nudity.

Brian Williams’ daughter Allison, who didn’t need to be persuaded to get naked

The man, who is not named but is said to direct another television show, allegedly ‘cornered’ the 30-year-old actress, writer and director and asked her to have dinner with the actress to persuade her to ‘show her tits, or at least some vag [sic]’.
Writing in Lenny Letter, which Jenni founded with Lena, the 45-year-old said the director told the Girls creator and star that she would be well-placed to convince his actress, telling her: ‘You would show anything. Even your ahole’. She said the incident occurred on Monday night when the pair were out with co-workers at a restaurant and bumped into the crew of another show.
But ‘within five minutes’ of them introducing themselves to the group, Jenni said the ‘producer/director’ had already made a beeline for Lena and swiftly showed her a photograph ‘of a mutual friend with a ck next to her face’.

Jenni said although it could have been a still from his television show it was ‘a completely inappropriate time.’ She added: ‘It saddens me to say this isn’t the part of the story that even upset me.’
Jenni claimed it is a ‘fairly common’ way for strangers to approach Lena – who has performed numerous nude scenes and has been praised for her honest portrayal of sex in her hit HBO series.
After he showed her the photograph, Jenni said Girls writer Sarah Heyward responded by telling the director: ‘Of course, that’s the only kind of picture you can show Lena Dunham.’
After that, Jenni said ‘things really started to devolve’ and he asked Lena to have dinner with the actress the following night. She wrote: ‘Not because he thought they should meet, but because he wanted Lena to persuade the actress to “show her tits, or at least some vag” on TV.
‘Surely Lena could make a compelling argument. After all, he continued, “You would show anything. Even your a**hole.”’
She added: ‘This is something a man felt compelled to say to a Golden Globe–winning actor, show-runner, and best-selling author who just happens to be female. So it’s easy to speculate what might be said to women working with him, under him, dependent on his approval.’
She said ‘despite Lena’s obvious discomfort,’ the director went on to analyse and criticize the physiques of all the female actresses on his program.
Afterwards, she said people – including ‘loving and sensitive men’ from their party – tried to explain away his behavior by pointing out that he was inebriated. Meanwhile, she said when women get drunk they are perceived to be ‘asking for it’.
She said she is often asked about her experiences of sexism in the industry but that she sometimes answers by saying: ‘It is better than it used to be’.
But Jenni said this latest experience has given her a ‘new answer’ to questions on the issue, adding that it ‘sickens’ her.

This is what she wanted from the get go… attention

It will be great when this bimbo is running around Hell . . . . . naked as a jaybird, trying to fend off the flames. She is a disgrace to all decent women.

It always amazes me when homely women like her convince themselves that all men desire them. I’d rather look at J. Edgar Hoover in a mini skirt.

From a lifetime in New York City, having dealt with all kinds of people, I think I can accurately say that the mentally ill have a most peculiar flaw of character, and that flaw is called PRIDE. Not any ordinary pride, but tweaked up a bit. It’s like this: Many people want to “have their cake and eat it, too,” and cry when they can’t have their way. But the mentally ill maneuver themselves into the position where they can “have their cake and eat it, too,” only to complain that there’s a double-standard afoot somewhere! This is the corner… Read more »

I just gotta tell ya here that my sister just adopted a pot belly pig from the animal shelter, her name is Betty . She’s sooo cute. Betty has a better figure than Lena. Just sayin.

Omgosh, that is horrifying ! I love it !

How old is this “person” my 55 year old WIFE looks better than she does- who’d want to have “relations” with her ? EWWWW can’t pay me enough !!!!

I just wanted to add I saw some of her old man’s “art” – not sure what condition she has but it must be hereditary!!

Tends to appreciate in value, one way or another… 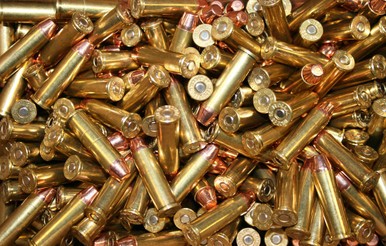 LD is worse than the Kards and Michael Moore. I have yet to comprehend why she receives any attention in the news or even mentioned in any article, blog, etc. Why is what she says, what she does and what she shows considered newsworthy? And who might possibly care? When will it stop?!?

OMG! There are men who would have sex with Lena Dunham? Her body looks like somebody dumped a barrel of hog lard on the floor and her face, well, let´s just say it makes me hurl to think about this.