Europeans stocking up on guns after massive sex attacks

Makes perfectly good sense to me.

Europeans (particularly women and cops) are stocking up on guns for personal protection in the wake of the New Year’s Eve refugee sex attacks.
The New York Post reports that the number of gun permits issued has recently quadrupled in Germany and Austria after the attacks in Cologne and Salzburg, according to the weapons industry. “Women customers include waitresses that need to get home in the evening, and women that walk dogs regularly in the evenings. We are also seeing some coming in to buy them for their daughters,” Gerhard Fuchs, a gunsmith in Innsbruck, Austria, told Central European News.

And why did Vienna allows these people to arrive in the first place? They knew of the criminal statistics: One in three criminals in Austria are foreigners, according to 2014 figures by the Interior Ministry. In Vienna, it was almost every other criminal. Vienna has had 200,000 asylum-seekers entered the country in recent months. Now the Vienna Mayor Michael Haupl has promised to deploy 1,000 additional cops to patrol the streets.
In August, fewer than 10 people obtained a license to keep a handgun at home for self-defense, while the number soared into the hundreds in October. Sixty percent of respondents in a poll commissioned by Viennese newspaper Heute said the influx of refugees is a cause for fear and unease.
Franz Dorfner, who owns a gun store in Vienna, said he has been unable to keep up with demand. “I have completely sold out of pepper spray and have to wait at least a month before they can provide me with any more,” he told Central European News.
In Salzburg, where several sex attacks were reported, store owner Constanze Dorn said she too had run out of pepper spray. “I have never experienced anything like it,” she said. “I have ordered several hundred more. I don’t know how long they will last.”
The demand for private bodyguard services also has skyrocketed. In Vienna, the White Wings Association is offering free professional protection after the city’s top cop warned women not to go out alone at night. “Women should in general not go out on the streets at night alone, they should avoid suspicious-looking areas and also when in pubs and clubs should only accept drinks from people they know,” Police Chief Garhard Purstl said in controversial statements to the Krone newspaper.
The public’s worries about the surge of immigrants were already heightened before the recent sex attacks. Lisa Herdina, 28, who lives near Austria’s largest refugee camp at Traiskirchen, about 12 miles south of Vienna, told the mirror.co.uk in early December that she got a rifle. “I keep my gun in my house because it gives me a feeling of safety, especially when I’m alone,” Herdina said. “My dog is great protection because he warns me every time anybody is anywhere near our house.”
DCG
Please follow and like us:

Times have changed in Europe and it is really too bad. In the summer of 1980 I got separated from my tour group in Munich. It was well after midnight and I couldn’t get a taxi anywhere. I had no alternative, but to walk back to my hotel alone. It was a long walk and I was scared, but I was perfectly safe. I could not do anything like this today.

Nor can you safely do that walk in any city in the United States nowadays.

I was in Germany in ’79, and I felt safe everywhere I went, including the airport in Frankfurt.
Those German soldiers riding around the airport with machine guns were reassuring given their proximity to the USSR, and all the German cops were built like Olympic athletes, but were always nice and very helpful to us Americans.
-Dave

The people of Europe had better wake up and realize that a TYRANNY invited these Muslim hordes in. They need the firearms for self-defense against both personal attacks AND political tyranny. I think a good number of people understand this on both sides of the Atlantic. But our Ruling Elites just don’t get the message (or they do, but won’t admit to it in open court), namely, that gun control leads to confiscation. But, regrettably, they still have enough hangers-on so that their lie cannot be exposed once and for all. The 20th Century has seen at least 17 examples… Read more » 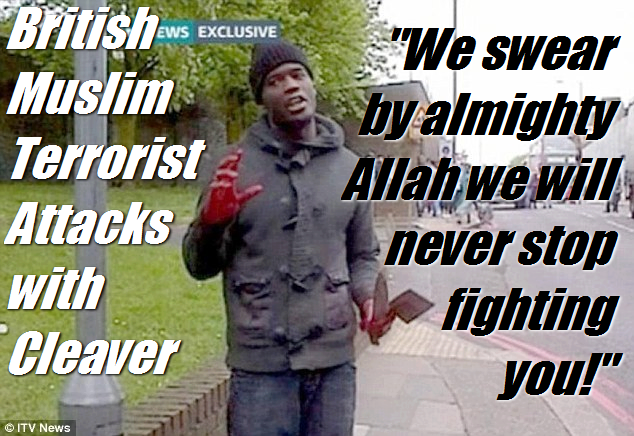 The usa supports you ..God bless an good hunting