Gov. Brown: #BeTrue to taking more of your money…

Funny, when Gov. Kate Brown was running for re-election this year, she repeatedly declined to answer direct questions about tax policy (see The Oregonian). She also declined to say how much additional revenue the state would need.

Voters re-elected her knowing that they would have to wait until late this year for the governor to release her budget plan and learn of specific plans to raise revenue. (Read about her proposed budget here, which includes MILLIONS for challenging President Trump’s policies and almost $3 MILLION for prepaid Oregon ballots so voters won’t have to buy stamps.)

That plan will come with a HEFTY price tag for Oregonians. And an English major has been hired to make sure you understand the ramifications of new tax policies…

The Oregonian reports that the governor has hired a new staffer to work on policy to develop billions of dollars in tax and fee increases. From their report:

“Christian Gaston, who was the spokesman for Brown’s 2018 re-election campaign, is taking on a new role as the governor’s revenue policy adviser. Gaston worked for former Gov. John Kitzhaber at the end of his third term and beginning of his fourth term.

Gaston’s annual salary is $97,000, according to the governor’s office.

Gaston started his career as a reporter and editor at the Forest Grove News Times, then worked approximately 18 months for The Oregonian/OregonLive as a Legislature and state politics reporter. Gaston left The Oregonian/OregonLive to work on policy research for Kitzhaber’s 2014 re-election campaign and briefly worked as a communications adviser for Kitzhaber’s administration until the Democrat resigned in February 2015.

Gaston studied English at Portland State University, according to a biography posted online during his time as Multnomah County Chair Deb Kafoury’s policy and research director. He took that job in 2015 after working for Kitzhaber.”

I find it interesting that an English major is now a tax policy expert. But maybe that background will be helpful in determining the language necessary to “craft” a bill/budget that voters will accept.

And newly-elected governor Gavin Newsom is sure to do the same in California.

The creature in the photo is stark raving mad, one breath away from manic hysteria as most of her photos reveal, and probably never had a thought in her life that wasn’t authored by her own kind’s worst enemies. Oregon society may be an abstraction, but it’s one abstraction capable of collective madness for electing this lunatic solely because of her sexual taste for other women.

I find it less concerning that she hired an English major as her financial advisor, than I do the fact that this guy started his career as a Journalist, and then moved on to a career in the Democrat party. It just shows another example of how the media today is more partisan then ever.

Perhaps he can “craft” some thing as good as george H. bush’s ; “No New Taxes”.

I think its important to occasionally reassess where we are and why things seem as they do. Some of us are a couple of generations removed from these non-reality based control figures. Just as “Soy Boys” have been manufactured to take the “toxic masculinity” out of being male, dykes have replaced women. Magical thinking, or even better, no logical thought at all have become the new standard. What is most sought after here is conformity. While they continue to scream “diversity” what it really is is extreme conformity. They produce a set of “acceptable” models for the cattle to choose… Read more »

Excellent points. They’re manufacturing a Second Reality, which as soon as we think we’ve got it figured out changes again, as Republican soy boy Karl Rove reportedly said about “fixing” intelligence to take us to war. In this Oregon case a rug munching crazy woman who’d otherwise be cutting the heads off paper dolls with safety scissors in a rest facility is magically transformed into a moral paragon for children, role model for women, and leader of men. It’s so over the top we need to consider Michael Hoffman’s point that the cryptocracy’s intentions are so malevolent and contemptuous they… Read more »

Well, the idea is to “ruin” the Government. Then people will reject it and they’ll have the “replacement”. No pesky Constitution. Lots of rules about “hate speech”, no religion but State Religion. You get the idea. So, when theres an opening in the middle management they cast around for an insane fool like this, or Occassio-Cortez. Pretty soon it turns into a “Thousand and One Lunatics”. Watching the French Revolution Part II is just a symptom of this. Lord Farquood is the middle manager for the Rothschilds. He couldn’t care less about the peasants. They are all working full time… Read more »

NY lawmakers have voted themselves a large pay raise so this crap is everywhere. Great that they can line their pockets as they screw us…

“In order to find out how much I’m going to raise taxes, you have to vote for me…”

Liberal nutters should be required to stay where they destroy, unless mass deportations of them to Africa to sample true “diversity”.
I do not want them moving to my state, where we have low taxes, rule of law, & plenty of jobs. 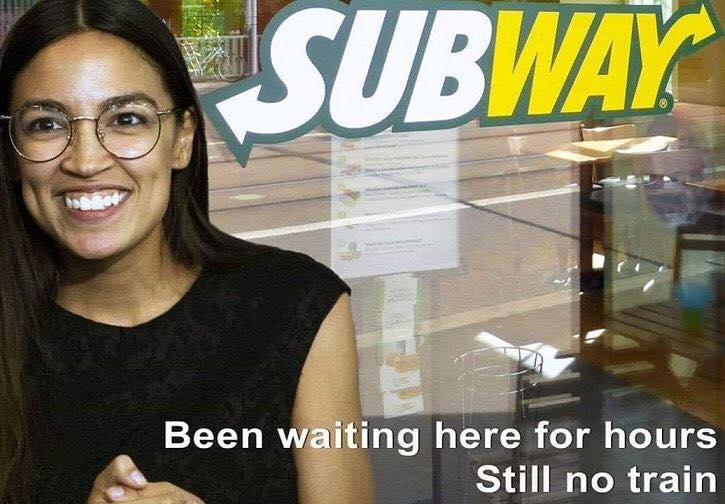 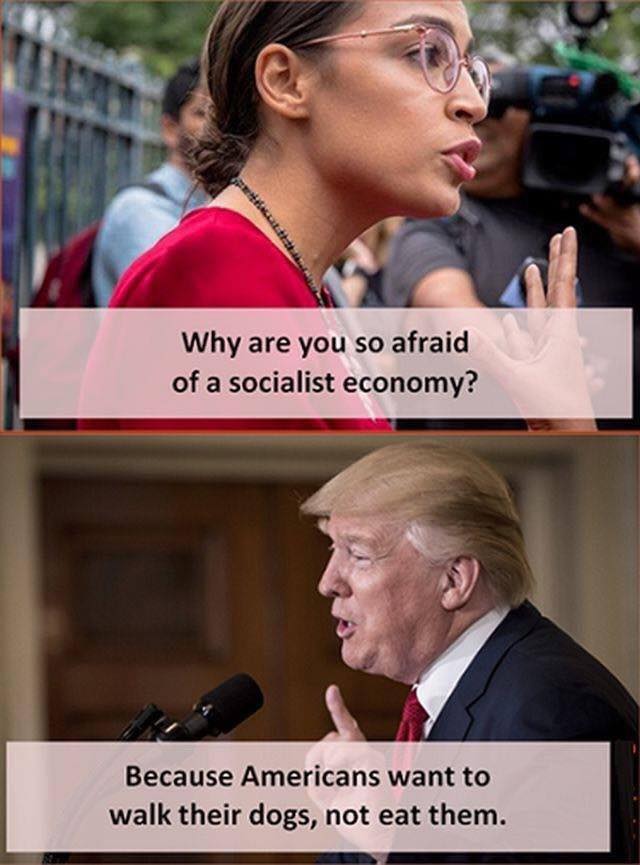