Eating Tide Pods is so passé, teens are now snorting and pulling condoms through their nose

Carmen Llona reports for Fox News, April 2, 2018, that “teens” in pursuit of Internet fame have moved from ingesting Tide Pods to a new fad — snorting a condom up one nostril, inhaling, then pulling the condom through the nose down the throat, and out of the mouth.

Like other viral fads, this one has been around for years unbeknown to us, but is just now catching fire on social media, mostly via YouTube.
Health authorities warn that the new “game” poses a real risk and can kill you.
In a column for Forbes, Dr. Bruce Y. Lee, associate professor of international health at Johns Hopkins Bloomberg School of Public Health, warns that anything that goes up one’s nose “can damage the sensitive inner lining of your nose, cause an allergic reaction, or result in an infection. The condom could easily get stuck in your nose or your throat, blocking your breathing or causing you to choke. Even if you manage to successfully pull the condom out through your mouth, inhaling a condom up your nose would be very uncomfortable and potentially quite painful. Would it really be worth all that just to get more likes and views?”
Forbes cites two cases reviewed in medical journals in which women accidentally swallowed condoms and developed ailments ranging from pneumonia to appendicitis.
Watch the disgusting video below of three “teens” performing the pull-condom-from-nose “game”:
[wpvideo brxfq2kk]
The condom snorting fad follows a recent trend of “teens” eating Tide Pods and encouraging or daring others to do the same. “The Tide Pod Challenge” has resulted in poison centers reporting 142 incidents just in January, according to the American Association of Poison Control Centers (AAPCC).
But America has elevated “teens” to being opinion leaders on gun control.
So who really are the fools?
H/t FOTM‘s Stovepipe, née Bob.
See also:

That explains Obama and his husband Mooochelle.

I’m guessing they’re using the pre-lubed ones so they pass easier and a reservoir tip in case they have pre-nasal drip.

I hate to think. It hurts. Ouch!

What is the purpose of doing this? Are these young people all brain dead stupid? It’s insane, truly. And where the heck are the parents???

The purpose, we are told, is to gain “fame” on the Internet, especially YouTube.
The three “teens” in the FoxNews video have to be the oldest teens on record because they look old and worn out before their years.

Dr Eowyn . . . . Thank you for posting that observation. Not only do these supposed “teens” look well beyond the young and fresh faced look of those who are 19 and under; but in each case, each of these individuals appears to be a person who is “off-centered,” (weird, mentally unstable, crazy, one brick short of a load, a lunatic, or someone who escaped from the funny farm.) These people do not appear to be you average, intelligent human being.

Parents are curating their Facebook to get thumbs up. Same same.

Since YouTube loves to censor, but permits this dangerous stupidity, one could argue they should be held civilly and criminally liable for adverse consequences.
Same with eating TidePods.
Toss a few ceo’s in jail for corruption of minors or something, and watch how fast this nonsense gets cleaned up.

Disgusted . . . Congratulations! You deserve a gold metal for coming up with this proposal. I certainly can get behind that idea.

Youtube just selectively censors. Like that guy who went into a forest in Japan and filmed a guy committing suicide, he got millions of views and youtube took about a week or two before they took it off.
But, have a real alternative news media site, and they’ll try to censor it ASAP.

This degeneracy is 1 symptom of a dying society, I just wish it wasn’t so darn slow I eagerly a await the great flushening

Tony . . . . As much as it breaks my heart, I must agree with you. There is no doubt that back 40-50-60 years ago, young people were not so anxiously engaged in all these ways that they could certainly harm themselves . . . or cause brain damage. You are correct, this kind of behavior is definitely a sign of “a dying society.”

These are the people who want to lead us to school safety?

They think they can lead us on gun control. They are wrong.

Sure. Just arm students with rocks. It works with Palestinian youths.

A former friend of mine [I say ‘former’ as she’s disappeared], made aliyah to IsraHell as a convert from Protestantism, lived there for several years, saw though the BS, returned to Canada. She told me many snippets of daily life that one never hears or sees in the MSM, for example, Israeli ‘humour’. Here is a classic ‘joke’:
“Why does Israel need high-tech spy satellites and drones?”
“So we can spot kids throwing stones at us and sniper them.”

But look what they accomplished at their high school: 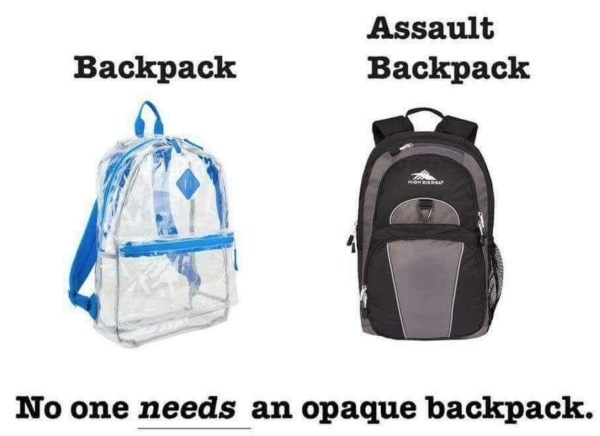 The minds, bodies, and spirits of children today are truly abused by govt, media, and society.
so sad, this condom snorting thing is another example of the consequences of deliberately dumbing down the people of america…pesticides/fungicides, forced vaccines, emf, wifi, 5G, GMO, ‘cutting’ the flesh, tattoos, foster care, trannies, homosexuality, plastic surgery, fake hormones, drugs (legal and illegal), psychotropic drugs, neurological problems, govt parenting children, deliberately broken homes by cps, schools indoctrinating children, children are intentionally deprived of the knowledge of Jesus….yet, He still reveals himself to the truly humble and suffering.

MomOfIV . . . . God Bless you! You have just precisely zeroed in on pernicious ills we see alive and well in our society today. There is no doubt that when children do not have a family where Christ is the focus of the family, all too often the family fails to raise these children well.

I’m glad it’s dangerous. Maybe the teens that croak from doing this will do so before reproducing. gene pool bleach.

YouKnowWho . . . . As sad as that idea is . . . it certainly reeks of the absolute truth. We need less people who are off their rockers reproducing, and more people who live Christ centered lives to invite the spirit children of God the Father to enter into their homes. 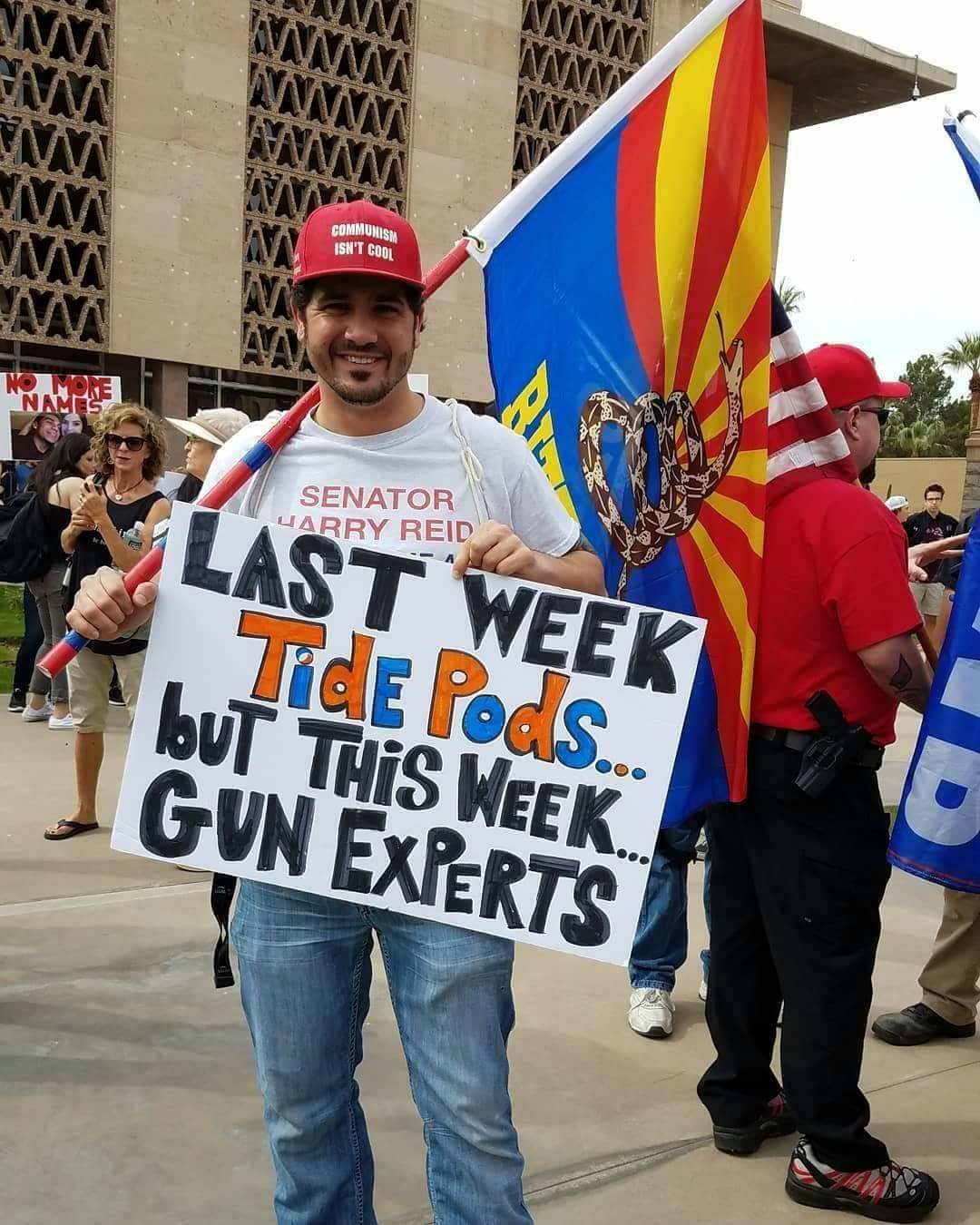 Christine A Hall
Reply to  lophatt

Lophatt, may I use this pic on my FB page?? I’d like to link to this column as well, if I may, Dr Eowyn? This is total insanity!!

Of course! You’re welcome to link to any FOTM post, any time — and “thank you” for linking!

And these will be our next governing class. We should be not only afraid but terrified.
Some of our current leadership smoked weed. That was bad enough but ok, we can deal with that, too.
Then came the recent Tide Pod munchers and, now, NOW, the condom snorters. Are you shitting me?
W T F ?
We are SO screwed, folks! This won’t end well at all~!
I beg you – pray that Christ comes soon. SOON!

Instead of a handshake you hold out your wasp spray, get a good stream going, and light it up with your lighter.

That works too… Be gone!

Easy off ovencleaner is good, but I think it’s more of a mist than a stream. I think sometime the mist is more effective at close range anyway.

Thanks for the info.

Great idea! There’s also a Spider spray with a similar range (I can’t recall the name). I’m sure that would work just as well.

Maybe they can fill the condoms with bug spray. I suppose if you look at this as a logical progression from mutilation (tattoos, piercings, etc.) to attempted suicide, it makes a sort of “sense”.
This is a death cult. It has no faith, it has no future, it is pure miserable existence. It hates itself therefore it projects that hatred onto others. That old saw about “misery loves company” is very true.

“They” will try anything to achieve the ultimate high, and so they become the guinea pigs for science to study and learn the effects of their brain, before and after they die, and so more cures can be found while they “donate” their bodies at no cost to science, that I believe is good.

People especially kids have always been doing stupid things, only difference now is that they can film it and get paid to do it.
Talk about a mind f***!
At least they’re practicing safe nose wiping. I just hope they don’t reuse them.

Be careful, as you may inadvertently put ideas into what’s left of their brains.

No danger with that, they probably can’t read. 😉

Are these used party hats, or freshly removed from the package?

Based on the looks of these teens, this was probably the only way they were going to get any use out of a condom for quite some time.
Who’d want to have sex with them?

I couldn’t watch the video. Why would people think so little of themselves? My God and Savior, Jesus Christ, come in Glory!

WHAT THE HELL IS WRONG WITH PEOPLE THESE DAYS?!?!
Mental illness is no laughing matter.
And this does pose a real choking or asphixiation danger, but not only this: Condoms are coated with either a petroleum jelly solution and/or a silicone solution, and nowhere is it stated on the condom package that sterility is guaranteed. So a bacterial infection is also a risk.
I GIVE UP!!!

Some of these kids nowadays are hell bent on an early death. Tide pods, condoms, texting while driving, drugs, etc.
Have they been so harden by music, videos, movies, games that they fail to realize death is permanent?

Nope, kids’re stupid… always have been. 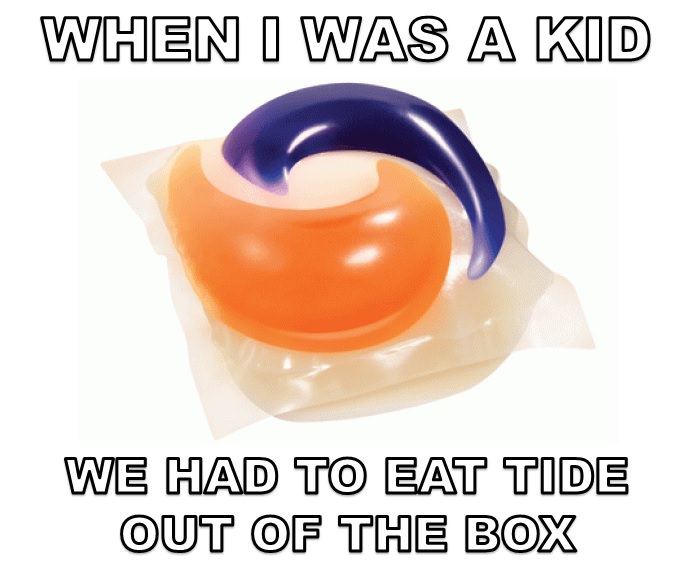 They probably think you can turn death on/off, or reset/start over, like all the above. Unlike Tom Cruise’s character in Edge of Tomorrow, nobody gets a do-over.

THEY’VE DONE IT!!!! WHAT AN AWESOME WAY TO EARN THE WORLD’S RESPECT FOR AMERICAN YOUTH’S SUPERIOR INTELLECT!!!!

Sure beats eating those goldfish and smoking bananas, hands down!

HOW can you sent less emails?? 2 -4 is not appropriate!

If you signed up for email notification of FOTM posts, you get all of them.
Too many? Just un-subscribe.