The Alternative Media have long asserted that an international cabal of satanists controls our world.
Now, a credible whistleblower has come forth, testifying to the cabal’s existence.
He is a former elite Dutch banker named Ronald Bernard.

Below is an interview of Bernard in Dutch, with English subtitles, followed by a transcript.
In the interview, Bernard said that he came from a family with an abusive father. In order to survive the abuse, he’d learned to suppress his conscience. He became an entrepreneur, and became interested in the financial world. A contact in that world offered to mentor him, but instructed him that the necessary condition to achieve success in the financial world is that Bernard must put his conscience into the “freezer” — otherwise called a Faustian bargain.
Bernard became a financial success as a facilitator in tax avoidance and currency exchange/money laundering for big players, including banks, governments, multinationals, secret services, and terrorist groups. Through his work, he came to see the connecting dots about which only the top 1% of the pyramid of global elite are privy. That top elite of 8,000 to 8,500 worship Lucifer as their god, regard people as sheep to be used, and manipulate the media so as to conceal how the world really operates.
Bernard became part of that exclusive top 1% and was invited to the elite’s satanic church of “Eyes Wide Shut” Black Mass, naked women and drugs.

By this time, Bernard’s long-dormant conscience had begun to stir after seeing how currency speculation, specifically of the Italian lira, bankrupted a company and drove the owner to commit suicide.
When Bernard was asked to participate in satanic blood sacrifices of children, that was the coup de grâs. Those who participated would be blackmailed by the satanic elite to do their bidding.
Bernard began to refuse assignments. He wanted out, but was trapped. He was physically tortured, to prevent him from revealing names of companies, groups, and individuals. Eventually, he had a complete breakdown and ended up in Intensive Care.
While in IC, Bernard had a near-death experience in which he was outside of his body but “saw” the hospital staff working on his body. That convinced him that he is not just body, but has a soul. It took a full year for his body to recover.

Ronald Bernard is now engaged in a “citizens’ initiative” called Bank of Joy, of which he’s the founder.
Bank of Joy provides interest-free financing for life-enhancing local and sustainable projects. Bank of Joy invites anyone to join:

At the end of a promotional video on the Bank of Joy, you can see Bernard in a group of men and women walking toward the camera. 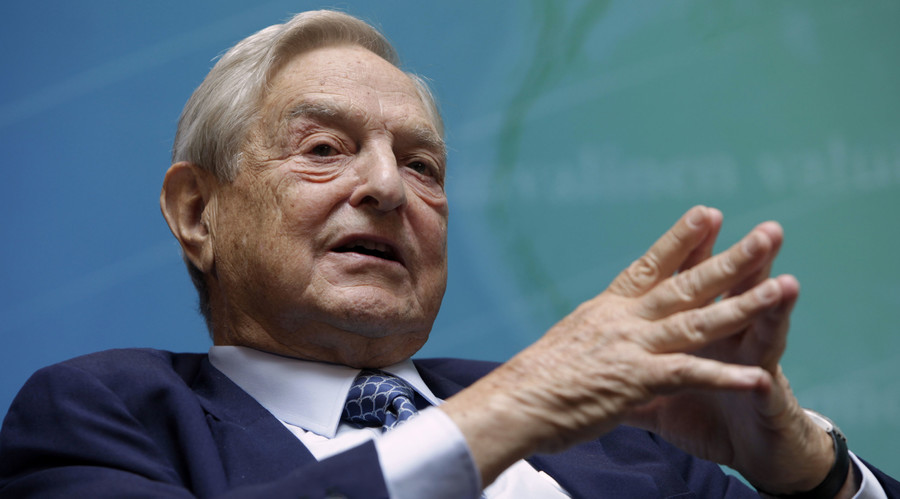 There is little doubt that Soros is a follower of Satan and he spreads Satan’s influence as far and wide as he possibly can. If you study Soro’s face, you can perceive his evil, it is most apparent. I have no doubt that the follower’s of Satan use little children as sacrifices . . . this is the antithesis of the love that Jesus Christ showed for little children. Satan will do anything in the war against Our God, including using little children. I also think that the wide spread sexual trafficking of children is but another ploy used by… Read more »

People like Ronald should spit out all the names. No more anonymity for the crooks, expose the shit out of them!

Seems to me that he has been mentally conditioned to secrecy…like he couldn’t reveal their names even if he wanted to.

They’d kill him before he could utter the first one, if they haven’t already.

One thing that immediately caught my attention was his implicating cash, because it is precisely that very elite he says he laundered cash for and now opposes who want to eliminate cash. I won’t bother rereading the transcript of that vacuous, evidence-free, and inflammatory interview, but would say that nowhere in it do I recall his exposing newsworthy details, such the specific nature of the fraudulent shipping documents covering the sale and transport of Iraqi oil during the embargo, which he implies he facilitated, who the carriers and receivers were, etc. I’d say this is a classic example of poisoning… Read more »

Yours is a good point, Dan. We have every reason NOT to automatically believe everything Ronald Bernard said. Verify, verify, verify. And the problem is I couldn’t find anything on Bernard in an Internet search, other than this video and Bank of Joy.

Dr. Eowyn, a quick overview of the supporters of the Bank of Joy is very telling. Mr. Bernard went from Luciferianism to, well Luciferianism. I would not put too much stock into what he says, not regarding his past life, but into his “journey” to his new one. This guy is still a player, or very, very much played.

Please elaborate!
Why are you dubious about supporters of Bank of Joy?
Why do you think Bernard is still a Luciferian?

Have you read who they are? They are pro-UN, Agenda 2030, either ecumenical (all faiths are one) or anti-religion, save one — the worship of self, as in man. The deception is that while human rights sound really great, it still is all about us. It takes no consideration that we save our lives, by dying to self, the first step being the recognizition that we are fallen and in need of a Saviour. These folk would like to have a world free of religion, which sounds great, except we were, as a species, created to worship. They are promoting… Read more »

Here is more. Their view of the Creator: . of Joy FAQ page “4.4. I’ve received a B of Joy postcard. In the left corner is a text, John 3:16. Why is that text included? On your website I can’t find anything of that sort. Are you religious? Through research of Eurostat, the European bureau for statistics, it became clear that about 75% of the European society believes in God as the creator of the Universe. B of Joy and those involved in it are a representation of the European society in the sense of a religious conviction. By the… Read more »

Thank you, tl2ind, for the links. Are you saying “Ronald Bernard’s” (I’m pretty convinced it’s an alias) Bank of Joy is a Lucis Trust venture — which most certainly would make BoJ very suspect? If so, can you provide a direct source for that? Thanks!

Powerful testimony. It’s unfortunate Mr. Bernard could not expose more of the people involved. Import/export and car dealerships (according to George Webb’s videos) are notorious for their use by criminals to hide illegal cash and drug transactions.

Dr. E. Bless you for having the bravery to print this story. The people need to know.

This is the stuff that makes me feel hopeless about the world. Too many of these Satanists and not enough evidence to hang them with. Also too many ignorant and willingly ignorant who don’t want to believe this is going on so as he said , they go their merry way being only absorbed with their own personal wants and desires, while what it takes is for everyone to stop cooperating with the bastard reptiles for this system of destruction and slavery to come to an end.

The credibility is found in that the essence of his testimony is verified from multiple sources. There is nothing in Mr Bernard’s testimony that deflects from the truth of the control system in place and their nefarious practices.

When I saw this my impression was of a man telling the truth at the demand of his conscience. Such men and women are what we need to tear down the wickedness in high places. When a person, knowing it may cost them their life, moves to disclose the truth, that person can’t be ignored. He thinks the only reason he’s alive is that he is not disclosing individual names and organizations. My guess is that he has let them know that full disclosure will be made through a “dead man’s switch” if he is removed.

I read an article that claimed one of the ruling elites occultist organizations out in Hollywood, I think it is named Kabbalah, whose members are at-will often end up developing paranoid schizophrenia. My logic is that it is caused by continual inducement of some form of trauma to the brain. Another article I read about the adorable Madeleine McCann who disappeared claimed that there was some unusual attention given to the family after the disappearance by a homosexual man who had fathered forty children. It adds some logic to the fact of the demographics changing so drastically in the last… Read more »

Schizophrenia in 1st AD would have been called demonic possession. Same with talking in weird tongues, people tap dancing around like puppets in various personal ministries.

I forgot to add that while the b of Joy may not directly be a Lucis venture, and if they are, do you think they would make it obvious — they are still tied into the New Agey stuff that Lucis is about. I am sure you can see that. I am all for economic reform, but according to the ways outlined by our Heavenly Father as outlined in the front of the Bible. Why do we seek it from the enemy’s camp?
Blessings on your day.

Hello sir,
what are you trying to prove I didn’t catch you !?

Lots to be Disturbed About | OmegaShock.com

I have read the Protocols of Zion and it is an eye opener. I recommend it to everyone. Another good eye opener is a book called Shadows of Power.

So he releases these revelations just when he’s looking for investors in his ‘Bank of Joy’? Interesting coincidence…

The video excerpt from “eyes wide shut” is the 3rd version of the soundtrack that I’ve seen. The only authentic version that I know of is here: https://www.youtube.com/watch?v=LgvYfMsKJhE
There must be a reason the real audio is being concealed. You’ll notice the real soundtrack sounds like a mixture of backward and forward tracks. Maybe there’s a message in there somewhere. Or maybe the luciferians believe the track has some mystical power, perhaps playing it backwards causes it to become anti-luciferian.
I would download and save the real version, it might come in handy.

Also, you might find the writings of Kerth Barker to be useful. He’s a child-survivor of SRA. He was being groomed for high-level luciferian induction.

One more thing! I notice this version of EWS omits the password Cruise uses in gaining entry to the “party”. Again, there must be some reason.