Did you know seven of the nine Seattle City Council members’ terms expire next year?
In early May the Seattle City Council approved a new business head tax to combat the homelessness crisis. From my post:
“The tax is an amount businesses pay per employee ($275 per year), with a sunset clause of 2023. The head tax was approved by a unanimous vote.”
The main target of this new business tax was Amazon, which was not pleased with the tax. “Amazon had strong words for the Seattle City Council as it questions its future in the city. “We are disappointed by today’s City Council decision to introduce a tax on jobs,” Amazon Vice President Drew Herdener said in a statement.”
Immediately after the tax passed, a group calling themselves “No Tax on Jobs” gathered enough signatures to put the matter on the November ballot and let the voters decide. They needed 17,000 signatures by June 14 and surpassed that amount.
On Monday, Council President Bruce Harrell announced that he had called a special meeting for the council to discuss repealing the head tax. (Harrell’s term expires next year.) They already had a draft bill prepared for the repeal.
Mayor Jenny Durkan issued a statement regarding the consideration of the repeal. Excerpts from her statement:
“Over the last few weeks, these conversations and much public dialogue has continued.  It is clear that the ordinance will lead to a prolonged, expensive political fight over the next five months that will do nothing to tackle our urgent housing and homelessness crisis. These challenges can only be addressed together as a city, and as importantly, as a state and a region.
We heard you. This week, the City Council is moving forward with the consideration of legislation to repeal the current tax on large businesses to address the homelessness crisis.”
Less than a month later the council has voted to repeal the head tax.
The council yesterday repealed the head tax by a vote of 7 to 2. More details from MyNorthwest.com:
“Seattle Councilmember Lisa Herbold said the opposition to the tax was just too great. The opposition, she said, has “unlimited resources.”
Teresa Mosqueda, one of two council members to vote against a repeal, said she is concerned that a repeal will result in months of inaction and more regressive taxes. The process to implement a head tax took months, she pointed out. And, if the city wants to continue getting people off the streets, it will need additional funding. She called on businesses who opposed the head tax to come to the table with progressive ideas.
Numerous people in support of the head tax expressed similar concerns as (socialist) Councilmember Sawant, who accused her peers of making a last-minute decision and “caving” to Amazon. “Backroom betrayal” and “caving” were thrown around frequently.
“Jeff Bezos is our enemy, he is our enemy,” Sawant said before the council voted.”
Read the whole story here.
I can’t believe the Seattle citizens are putting up with this clown council with a socialist member who is calling the owner of one of their largest employers an “enemy” in a public forum.
Yet I gather from the comments on this article and also at the Seattle Times that some proggies in Seattle are finally waking up to the madness they elected as the majority have had it with the council members. Next year’s re-election cycle is bound to be a hoot.
DCG
PS: Jason Rantz from KTTH Radio tweeted from the repeal meeting (see his Twitter timeline here). A bunch of socialists/proggies were there to support the crazy council member Kshama Sawant. A few of Jason’s tweets:

Sounds like the meeting was a whole lotta crazy!!

Amazon would be very foolish to move into the city, trusting the City Council to not re-instate the head tax. Remember – ALL of them voted for the tax!

The real enemy of the people of Seattle is “CM Sawant.” The Seattle voters need to vote each and every sing one of those who voted to install this lunacy head tax, which would mean the entire city council needs to go down the road. If they don’t take swift action, then they will get more of the same. Since there are a total of nine elected members, two of which voted to go ahead with this proposal–the citizens of Seattle need to form a “recall effort” to get rid of each of these morons. Until the voters push back… Read more »

Perhaps Seattle should roll back some of the strangling regulations they have imposed in order to line up with UN Agenda 21. This would reduce the cost of housing that rise due to the urban growth boundaries. All the building codes and regulations that rake in a lot of money for the bureaucrats but make housing unaffordable by most working people. Perhaps you should do things to bring in business and provide jobs so people do not have to live on the street. I bet if you chart the growth in homelessness with when you started all these stupid Sustainable… Read more »

“I bet if you chart the growth in homelessness with when you started all these stupid Sustainable Development Action Plans you would see they rise together at the same time.”
That is correct. They go hand in hand. Also, when you see a multi million dollar roundabout coming to town in places where a four way stop worked very well since the invention of cars, you know town officials sold out to UN’s 2030 Agenda gangsters. Signed, sealed and delivered.

So funny 7 out of 9 members are up for reelection and on the repeal vote it was 7 to 2 not to repeal and If I was a betting man I would venture to say the 7 who did the repeal are the same 7 who are up for reelection. Its all about the money and CYA. I’ll bet they had more than 30,000 people sign from what we are seeing that is being done there why do they elect the people they do as stupid as it gets and in your face. Nice post DCG shows the idiots… Read more »

45,000 people signed the initiative.
The socialist Sawant was one of the votes not to repeal and she’s up for re-election next year. Course she doesn’t care because she all-in socialism and batsh*t crazy…

One council member believes Seattle citizens are too stoopid to develop their own opinions:
https://twitter.com/BrandiKruse/status/1006634040030478336

And these idiots tweet this out in front of everyone who lives there, how stupid can they get there?

It’s not stupidity, it’s arrogance. The people who vote for them are the stoopids. 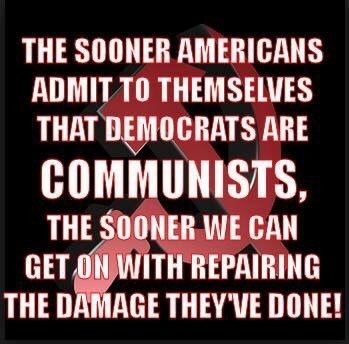 Precisely what “civil rights” are they talking about? Illegal aliens don’t have “rights” here, at least not Constitutionally guaranteed ones. “Shared responsibility” for what?
These people are communists. They are Maoists. They should go to Red China immediately. I don’t want Red China to come here. The hallmark of these leftists is this desire to control everybody. There is only one way, theirs.

Even if the spineless basters repeal the measure they need to bevoted out and the first thing the people that replace them should do is put into place fiscal controls that would pre-empt any such balony.

I like chased through the streets better but I’ll settle for voted out. The problem is that there’s a whole closet full of replacement nit wits in the wings. Everyone should be issued a can of commie repellent.

In response to Sanford’s loss in SC, I sent the following to a friend this morning. It sort of applies here as well……. “The professional politicians are in shock. The sheeple have been asleep at the wheel for decades but are suddenly “woke”! They (PPs) still think that they can say one thing and do another and no one will call them on it…………. to quote Bob Dylan: “….and the times, they are a changin’.”
“Speaking the truth in times of universal deceit is a revolutionary act.” Geo. Orwell

That was ‘AFTER’ they pulled their heads out of their Arses!

And realized 1) their re-elections are coming up next year and 2) that the $600+ Million education levy was on the November ballot. Wouldn’t do so well next to a head tax referendum…