Trump Derangement Syndrome on steroids.
From Glamour: Just days into his presidency, President Donald Trump began to take steps toward repealing the Affordable Care Act (also known as Obamacare). After a midnight Senate vote left the road clear for Trump to gut the health care plan, millions of Americans stand in limbo—uncertain if they stand to lose the coverage they gained under the Act, and even more unclear on what plan Trump has to replace it. What is certain, however, is that the effects of repealing Obamacare will be devastating, especially for women (nevermind the fact that because of Obamacare, my health insurance premiums went up 80% this year and I have a crazy high deductible).
To help drive this point home, illustrator Maritza Lugo and writer Danielle Sepulveres employed their “god-given talents” to combat the “GOP’s war on women,” Lugo writes on Instagram. The Latina duo revamped their series of illustrations featuring Disney princesses attempting to go to the gynecologist (which first debuted last year as part of cervical cancer awareness month)—and it now includes the new, terrifying realities these princesses would face if the Affordable Care Act was repealed.
They include Elena of Avalor being turned away from Planned Parenthood, Aladdin and Jasmine forced to hold a funeral for their miscarried child, Belle having to pay out-of-pocket for birth control, Pocahontas being denied coverage for a pre-existing condition, and Tiana having trouble getting her HPV vaccine. Lugo draws the Disney illustrations, Sepulveres writes the captions, and the results are poignant, to say the least.
The picture above is of Elena of Avalaor, Disney’s first Latina princess, “going to Planned Parenthood to stand against the evil stepsisters of the GOP.” Belle “was super happy to get birth control. As someone who was dependent on it, finding out she was denied her refill will only make Belle’s life a little harder.”
Read the rest of the hyperbole here.
DCG
Please follow and like us:

Confounds the heck outa me that birth control is a health care issue. Understanding that pregnancy and abortion are issues of health for one person or the “other”, they are not sicknesses or disease, and are easily preventable with just a little moral conscience.

It truly is frightening that so many Americans are certifiably insane.

It scares me that grown liberals are so invested in Disney cartoons! 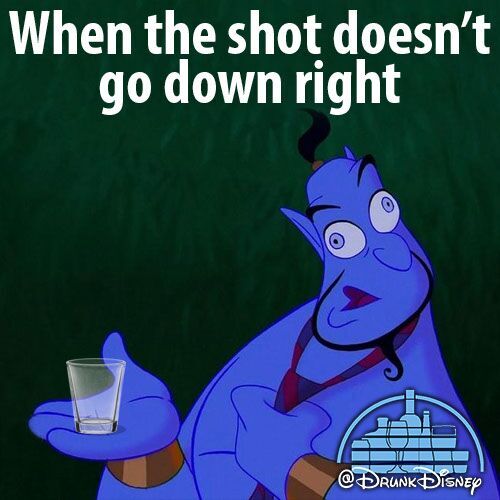 More proof there’s NOTHING Democrats won’t defile or pervert to force their agenda on America.

Many, many of the young Progressives won the Sweepstakes when Obamacare was instituted . . . their premiums were taken care of by the US Taxpayers via our government, while those who work hard and do not qualify as indigent are in the position that their rates went sky high, and continue to rise in order to pay for the indigent. Many of the “indigent” in this country are in that state due to a lack of wanting to work 40 plus hours a week, or alack of proper planning on their part. The fact that some of these people… Read more »

Correct Auntie. Since when are we suppose to pay for others life choices. If you want to start having sex at a young age without protection, why is it our responsibility to clean up the mess? Just when are they accountable? Seniors lost with Obamacare when money was taken from Medicare to support ACA. Like the vets lost big when money was taken from them to pay for the refugee program. When you read deep into the ACA bill, don’t expect much for cancer treatments or mammagrams into our 70’s. Back when birth control was first on the scene, we… Read more »

I read yr comment, Glenn, and yr feelings are mine as well. I’m swamped w/new work coming in [answers to our prayers, all is well!] and have pretty strong feelings about these issues, as my 2nd wife had an abortion that was the major cause of her earlier marriage’s failure [unintended consequences. But then again, I guess it wasn’t HIS baby!]. Your comment reminds of what I read about this issue in Holland maybe ten years ago or more. I’ve mentioned it in another posting here years ago, so it may be worth a revisit. The Dutch gubbmint & taxpayers… Read more »

I agree fully. Something else I would like to add, whether you have one child or ten, you get the same amount of assistance. Imagine how fast multiple births would decrease. The young high school girls over here think it is cool to have a baby out of wedlock, no assistance from baby daddy, then they quit school and spend the day spending their money. We recently went to a hot wing restaurant and there sat three young girls, all with their babies, with fancy nails, hair weaves and dos, nice cell phones, which they were on constantly, while ignoring… Read more »

50 Shades Of Pissed Off
Reply to  josephbc69

josephbc69
Reply to  50 Shades Of Pissed Off

Good point! I agree, they must not, or else they are in complete denial.

truckjunkie
Reply to  50 Shades Of Pissed Off

I think that’s because the hardcore Democrats lack a few points from BEING Humans.

50 Shades Of Pissed Off
Reply to  truckjunkie

I know right? The only thing more bankrupt than the economy is leftist morality

My Hubby just showed me a video of a young woman trying to figure out how many half cups are in 1 cup. Then how many quarter cups are in one cup. He got sick of it before she could figure it out. I told him she probably has 4 kids and her brain cells are depleted. We might be better off if we just give away Birth Control and get rid of the physical exam to receive it.

Sterilization is a better option.

Golly, maybe you folks are being a bit hard on her. What if it were SI/metric, and she had to figure out the following: 1 liter equals 1000 mls ; half of that is 500. Half again is 250, the new ‘cup’ size. Now a half cup is 125 mls, and so on. Kinda hurts one brain, doesn’t it? Oh, it didn’t hurt yours?
Well I guess that poor video gal’s not as strong-minded as the rest of us. OK, let’s go w/the rest of your recommendations!

That’s a “benefit” of the current Education System. I bet she knows how to paint and make baskets though….. HUGE laugh at your post on the “measuring cup” thing b/c of our own family experience along these lines….. We’d moved to CA when our (brilliant) first born was 13….so, though he did not “grow up in CA,” his peer group in HS in CA was his whole world. He earned early acceptance/full ride scholarship to an Ivy League college back East (where we were fr anyway) but, after first year of whining all the time abt “I am not worthy to be here w/all the private-school-educated kids, etc…(we’d moved to an Indian Reservation to work w/Health Service when he… Read more »

Disney must be okaying the usage of their princesses. We used to be big attendees of Disneyland. But stopped when they went so far left.

‘We have to repeal this law to see what’s in it that needs to be replaced’.
Same logic they used to pass it. At night. On the weekend. With no Republicans. Just sayn.

Planned Parenthood’s main business is the business of abortion. They’ve run a side-business of selling viable baby parts from these abortions…some of which were PROBABLY “born alive.” And yet….they receive millions from our tax monies to remain in business as a “woman’s health care provider.”
Planned Parenthood….get this—–ABORTION is NOT HEALTH CARE. IT HAS NEVER BEEN , NEVER WILL BE A ‘CURE” for ANYTHING that “AFFLICTS” a human being….other than the removal of the daily, legal responsibility of caring for a living child……

CalGirl, you may wish to read my reply to Glenn47’s comment above, as it agrees w/yours. How the Hell PP crapola got swept in as qualified for taxpayer support is beyond me, as it is on the same level as ‘cosmetic surgery’ and that means elective from choices made earlier. My head is starting to hurt having to even think about this madness!

I think it has to do with the government giving them millions every year, for all their good work, cough cough, and then they, in turn, donate mostly to the Democratic Party. Thus our tax dollars is being used for the benefit of dems. Taking a wild guess here, but my guess is it began with the Dems.
Basically money laundering.

Well, that just made “Disney Princesses” too creepy to ever think about again. I don’t even want to know what they would do with Snow White. Never liked Disney much anyway. Bugs Bunny could beat the crap out that insipid mouse.

50 Shades Of Pissed Off

Omg! I totally remember these Disney princesses being treated for STD’s or whatever it was last year. The thing’s these women on the left come up with are just so cringe worthy. They truly do exist in a different reality. The lens with which we see the world couldn’t be more different.

50 Shades Of Pissed Off

Reblogged this on 50 Shades of Pissed Off.

I remember when Dad told my Sister,”Here’s a dollar-if you can’t behave,at least get some protection.” She said,”What kinda protection could I get for a dollar??” Dad said,”If things start getting too intense,take this dollar and clamp it between your knees,and don’t move it until you get out of his car.” Of course we all laughed,but she got the message,and it WORKED!