Maybe demorats should start by having their precious federal government enforce current laws. Oh wait, we know how much they really care about following the law…
From NY Post: Nearly two dozen Democratic senators, including Chuck Schumer and Kirsten Gillibrand of New York, introduced a bill on Wednesday to ban the sale of military-style assault weapons and bump stock devices like the one used in the Las Vegas massacre, saying it “will begin removing the weapons of war on our streets.”
“We’re introducing an updated assault weapons ban for one reason: so that after every mass shooting with a military-style assault weapon, the American people will know that a tool to reduce these massacres is sitting in the Senate, ready for a debate and a vote,” said a statement released by Sen. Dianne Feinstein (D-Calif).
The legislation calls for a ban on the “sale, manufacture, transfer and importation of 205 military-style assault weapons by name,” but allows owners to keep their existing weapons.
The measure also proposes to ban “bump-fire stocks and other devices that allow semi-automatic weapons to fire at fully automatic rates.”
The madman who opened fire on an open-air concert in Las Vegas last month outfitted his weapons with a bump-fire stock that allowed him to turn his semi-automatic rifles into rapid-fire weapons and spray thousands of rounds in the span of about 10 minutes. He killed 58 people and wounded hundreds more in the deadliest mass shooting in US history.
Five weeks later, a deranged Air Force veteran opened fire on a church in Sutherland Springs, Texas, using an AR-15-style assault rifle. He emptied 15 magazines and killed 26 congregants.
Democrats called on their Republican counterparts to begin a discussion on gun violence after the killings, but GOP lawmakers and President Trump responded it was “too soon” after the tragedy and would be “disrespectful to the dead.”
Trump initially said the church shooting “isn’t a gun situation” it is “a mental health problem” then rejected calls for stepped up background checks.
Asked about “extreme vetting” for gun buyers while on an overseas trip this week in South Korea, he said: “If you did what you’re suggesting, there would have been no difference three days ago and you might not have had that very brave person who happens to have a gun or a rifle in his trunk.”
The Democrats’ legislation also calls for a ban of assault weapons that take a “detachable ammunition magazine and has a pistol grip, a forward grip, a barrel shroud, a threaded barrel or a folding or telescoping stock.”
It says 2,200 types of guns used for “hunting, household defense or recreational purposes” will be exempted.
“This bill won’t stop every mass shooting, but it will begin removing these weapons of war from our streets,” the statement reads. “Yes, it will be a long process to reduce the massive supply of these assault weapons in our country, but we’ve got to start somewhere.”
Feinstein and the Democrats introduced a bill in 2013 with similar provisions after the killings at Sandy Hook Elementary School in December 2012 but it was defeated in the Senate by a 60-40 vote.
DCG 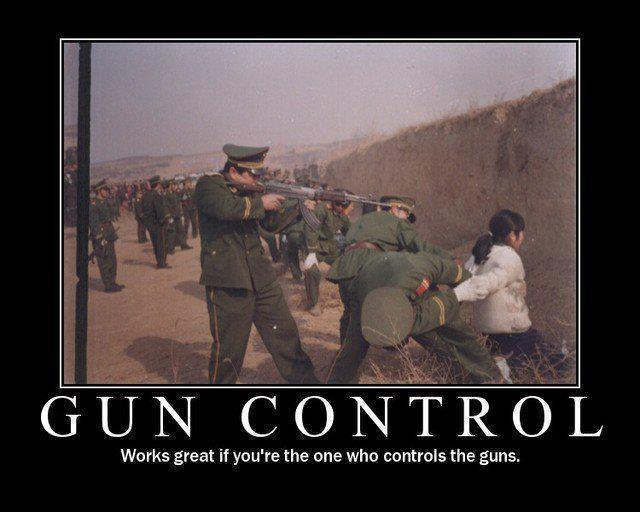 Assault-truth video cameras should be outlawed to prevent deaths of billions by unregistered Globalists.

Eowyn and others: thought you might be interested in an elite’s revealing that it’s true what we’ve heard about the ultra-wealthy and their desire to attain life-extension technology and rule over a world of peasants. Check out the last couple of paragraphs of this article:
https://www.zerohedge.com/news/2017-11-09/facebook-founder-warns-god-only-knows-what-its-doing-kids-brains

After reading this article I can only conclude . . . . . If stupidity were a virtue, all these fools would have it made. I just do not understand how they fail to realize that in this instance, as in many of the other mass shootings, there was a failure for that specific person’s record to be submitted to the national database for ineligibility to purchase or possess a firearm. I heard on the radio just yesterday that there are 38 states that do not forward all their records on persons who have committed crimes that would render them… Read more »

I used to buy candy “Good and Plenty” remember? Bring it on, I’m waiting!

What they really can not understand is why after all their trouble staging all these ‘false flags’, people are buying more guns stead of turning them in?
I feel we can be sure they are going to get worse, and the controlled media is going to claim the people are in full support of every restriction these arrogant legislators come up with.

It’s so obvious now that even in the face of ALL THIS EVIDENCE that they’re ABSOLUTELY WRONG in their ideology,they’ll stick to their core principle-“DISARM AMERICA and gun crime will go away.” They never get past the basic ideal to consider HOW their desired result will come about. If they DID,they’d realize how impossible their plan is,because they haven’t a CLUE how to get from “Idea” to “Result”.
“Never mind the labor pains-just show me the Baby” kinda thing.

Did you see the recent Pelosi video where she started out “shaming” the President,but lost her train of thought twice in one sentence and mispronounced simple words throughout? Feinstein is even WORSE.

Nancy Pelosi says her dementia diagnosis will not interfere with her plans to impeach President Donald W. Bush! ??

Violent crimes involving guns could be reduced significantly if everyone who has ever registered or voted democrat just simply turned in their guns.

“If you did what you’re suggesting [“extreme vetting” for guns], there would have been no difference three days ago and you might not have had that very brave person who happens to have a gun or a rifle in his trunk.”
Excellent response by POTUS! + his rejection of “…calls for stepped up background checks”!
“…bill in 2013 with similar provisions … but it was defeated in the Senate by a 60-40 vote.”
Excellent once again! Congress was actually doing a good job re that bill!

And the bill has been put forth: https://www.weaselzippers.us/363614-breaking-democrats-introduce-bill-to-ban-assault-weapons/

Still waiting for democrats to actually list which guns they would ban. “Assault rifle ” is rather ambiguous.

““Assault rifle ” is rather ambiguous.”
To the point of non-existence. Ask any Libtard what an “Assault Rifle is,and you’ll get a Heinz 57 mix of characteristics.

“after the killings at Sandy Hook …”? All “killings” need careful study, more will be reported to impose global tyranny, even on the commie compliant ninny nannies.

“…Shall not be infringed” doesn’t require a law degree to understand. Nothing has changed. Their bosses want the eaters disarmed. If anything, their argument is worse than usual. Waiting for a cop can get you killed! Besides, whoever said you can’t defend yourself?

I still don’t believe the church shooting last Sunday was real. The story is not believable, the “heroes” accounts details vary, the people interviewed show no emotion and they are even smiling, GoFundMe accounts were set up immediately, and pictures of the shooter are not all the same person IMHO. It basically has all the earmarks of a hoax.
I also do not believe the Las Vegas shooting was real, nor the NYC Halloween terrorist attack.

For what its worth Mary, you’re not alone.

Re LV, see Facebook and bitchute work of The Sane Progressive, a woman of entirely differing political beliefs from ours but exactly right on other issues that distract us from the Globalists’ activity.

When pointed at a person by an evil-minded, homicidal individual, all guns are “assaulr” weapons, aren’t they? But these leftist morons’ will do whatever it takes to outlaw ALL guns. They’re still milking Sandy Hook, their favorite puller of heartstrings, for all it’s worth, even though it has been proved a hoax by Wolfgang Halbig (prominent school security officer), who presented evidence that this school had been closed for over two years. The officials in CT told him to “stay the hell out of their state” and received many death threats. If the libs are so hell-bent on saving the… Read more »

Exactly! If these compassionate liberals really cared about human life of any kind besides their own, they would put an immediate end to abortion. Alas, they promote abortion because to them, it is sacred. They kill innocent babies every day as offerings to Baal. Then they accuse those who refuse to be disarmed of having blood on our hands.

Ever get the feeling these Demoncrats are PAVLOVIANLY CONDITIONED???
Here’s the Game Plan: Take away all the weapons from Mom & Pop and the self-defenders. Once that happens, the “weapons of war,” taken off the streets, will all be owned by the Government.
Wait for it—Wait for it—
THEN THE GENOCIDE BEGINS.
This is the ONE BONE these RABID DOGS will never let go of.

If you had an assignment to find the most compliant, mindless “me too’s” imaginable, where would you look? They just want a pat on the head and those checks coming in. If they get excited they want someone to rub their belly.

“This bill” won’t do a damn thing beyond violating our constitutional rights. How about instead correcting the legion of ‘goverment’ processes that fail which ultimately lead to such tragedies?

Just what is a “fully automatic” rate?
We don’t need gun control.
We need crime control.

Here we go again they’ve been proposing banning automatic weapons for many years now. it will never pass….

Home Depot rental trucks in this ban? Because that guy killed a lot of people with a truck. Did they do a back ground check on him? Maybe if he could only get so many gallons of gas not as many people would have died! But are people going crazy about a truck rental? It’s not the guns just like it wasn’t the truck that kill people.