Delegate calls out treatment of disabled people at DNC

Don’t kid yourself: It’s not about inclusion, it’s about the Queen

From MyNorthwest.com: Organizers of the Democratic National Convention made a concerted effort to highlight and give a voice to people with disabilities on stage at the 2016 convention. But a Seattle delegate told KIRO Radio’s Jason Rantz that disabled individuals aren’t being treated with respect behind the scenes.
Vivian Queija, a Seattle resident, and at-large Bernie delegate said she is speaking out because of multiple worrisome occurrences at the convention, including a lack of good ADA seating.
“We have an area in our delegation seating that is ADA,” she said. “However, we are having delegates from Louisiana, Alabama, Oregon — all over — come and be seated in that area because there just isn’t good ADA seating in their own delegation or nearby.”
But it’s not all about seating. Queija walks with a cane because of a bad knee and hip problem. She says her frustrations have been minor compared to others, such as an Oregon delegate named Niko.
“His disability is pretty involved,” she said. “So he needs one of the chairs that is very big that will recline. He was contacted by the DNC, and they (asked), ‘Would you please be willing to come out on stage as a person with a disability?’ They wanted to have him showcased on the stage. He said sure. They did not send a wheelchair accessible bus for him!
“I mean, really? That’s like … wait a minute, we are about being the party of inclusion. We want you to be on stage so you’re visible in front of the cameras, but that’s how we actually treat our ADA people. OK. I think that’s like ouch all the way around.”
Another female delegate who can only walk short distances but also recently had shoulder surgery was provided a non-battery operated wheelchair, she said. Though DNC officials told the woman that the situation would be taken care of, but it didn’t happen expeditiously.
“We waited all day Monday. She came in again and Tuesday it wasn’t there,” she said. “And she just broke down in tears out of pain and out of panic in the heat.”
There were 400 delegates with disabilities at this year’s DNC, a 35 percent increase from 2012. Plenty of disabled non-delegates have been a part of the event, too.
Rantz asked Queija if she was making claims that disabled individuals were being exploited.
“Well, I would say in Niko’s case, we are seeing all these people with disabilities up there on stage but we’re seeing (a different) reality in our delegation because that little pit where they put these people from the all other states is really sad,” she said.
Queija, who said she has contacted the DNC about her complaints, added that people in wheelchairs from other delegations have not been given access by the DNC to the proper transportation and have been forced to be dropped off by the buses “a couple football fields” away. Once the person gets to the curb, Queija says, there is no ramp accessibility.
“I mean it was tragic,” she said. “The perimeter fence was put three feet covering up the wheelchair access. We were like, ‘Come on guys.’ They wouldn’t even help the man from Colorado get his wheelchair up over the curb. Our Washington delegates were like, well, somebody go help this poor man.”
DCG
Please follow and like us:

The DNC is anti-USA Everything!!
I am disabled I was born this way!! Shameful of people treating us this way!!
Please Pray For our Judeo-Christian Nation United States of America / Israel-Yisrael / and our Christian Earth!! “Pray Without Ceasing.” ( 1 Thessalonians 5:17 KJV )!!
Love Always and Shalom ( Peace ) Everyone, YSIC \o/
Kristi Ann

All they were is tools in the hands of a promoter, of herself! 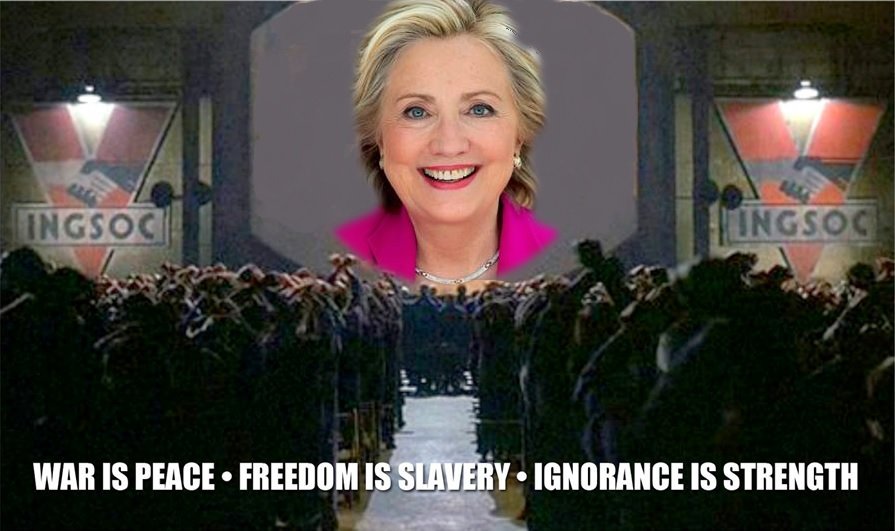 You are being treated like racing gray hounds. As long as you are good for something OK, but afterwards you will be thrown under the bus. You don’t really think that the DNC really gives two cents about you do you????

Disabled DNC delegates — yet another group of useful idiots.

Yeah, true, Dr. E., but they’re disabled, nonetheless. This doesn’t remove the defect from the Hillary Machine. But I know what you mean.

Democrats for ya… Don’t actually give a crap, just using you for your support. (Remember that, alienated folk.)

If they treat kids in public schools like this….it would be multi-bazillion-dollar law-suits against the Feds. If I had a private business…& did not provide for access by the disabled…to my business AND my public/private restroom in house…..same thing—only against private, small business owners. We have in Riverside, CA, CONSTANT lawsuits about this. But, since this example provided here at FOTM is “JUST” the DNC….it’s “OK?”

Again, we see the results of various EXTINCTION PROTOCOLS at work: The Democratic Party, at least since FDR (who had either polio or Guillian-Barre Syndrome) has always been at the ready to get the violins out for every grievance group imaginable. Yet, here we see the Democratic Machine’s true colors. Well, you say: How is this an “extinction protocol”? This is how: Beginning in the mid-1960’s, cancer began to run rampant throughout the American population. It has only recently been discovered that cancer viruses were placed into the polio vaccine. (An excellent book on the matter is “Dr. Mary’s Monkey.”)… Read more »

The dems are self serving and only roll out certain groups to further their agenda. Blacks, disabled, anyone they need at the moment.
It would serve them right, if all of those groups refused to be their tools.

Treated badly when the DNC needed you “as part of the circus act”? Wait until the circus ends and Hillary Clinton is President. We’ll be more than overlooked, treated badly. We’ll be on the “Alinsky Extermination List”. The elderly, disabled, physically and mentally handicapped people will be eliminated.

kathy—OMG…..you have said the words I fear most at my age: “we’ll be on the Alinsky extermination list….” Do YOU ALL UNDERSTAND that the OBMAMACARE chronicles are the exact same text?????????

Sadly, many surrounding these people are very into eugenics. I pray for our country and all of it’s people. And I think her VP candidate is just as evil.
Trump must win.

Dam straight, DCG. The softness of the DNC is nothing but window dressing. These people are about nothing but greed and power.