There’s not much to say about demorat Portland Mayor Ted Wheeler: He’s an IDIOT. You cave to the rage mob and there’s no guarantee they won’t come after you. A fool never learns that they will NEVER be satisfied.

Using bats, antifa black bloc rioters are smashing up property around @tedwheeler’s Portland condo. There have been no police at all tonight per Wheeler’s directive of “deescalation.” #PortlandRiots #antifa pic.twitter.com/D0RtQtGL6j

Apparently after caving to the mob (instead of trying to defeat them) the good mayor is moving. What a COWARD.

Portland mayor @tedwheeler, who has an Oregon beachfront home, a $1.3m home on the west hills & another property in the San Juan Islands, announces he is looking to move from his NW Portland condo after antifa keep attacking it. #PortlandRiots https://t.co/2JdQuvKB2Z

Hard to understand how a leader could be so weak. Unless he’s actually colluding with the rioting mob in an effort to undermine and overthrow the American government and the people who elected it… I’d previously thought tear gas and water canons would be a good solution to clear these morons from the streets… just wash them straight down to the county jail. Or right on out to sea. Maybe aided by front-end loaders and garbage trucks? But now I’m thinking “carpet bombing”… flash-bangs with non-removable, indelible fluorescent dye by which they can be identified, gathered up, and disposed of.… Read more »

Because it’s usually how they got given their jobs and think that’s how one achieves anything.

When a City gets “out of control” like Portland,NYC,and the others that are less volatile,doesn’t that put the rest of America at risk? Allowing Domestic Terrorist Groups to ravage their Cities,in MY opinion,makes that Mayor,(or Governor,if more than one City in that State is in that situation) a card carrying Domestic Terrorist,possibly even a Traitor to America. As such,why aren’t these individuals subject to arrest on crimes against National Security? And,while on a slightly similar subject,I heard just moments ago abour a Black Man in NYC who was shot and killed several Months ago,and his family now wants the officers… Read more »

They way things are going: 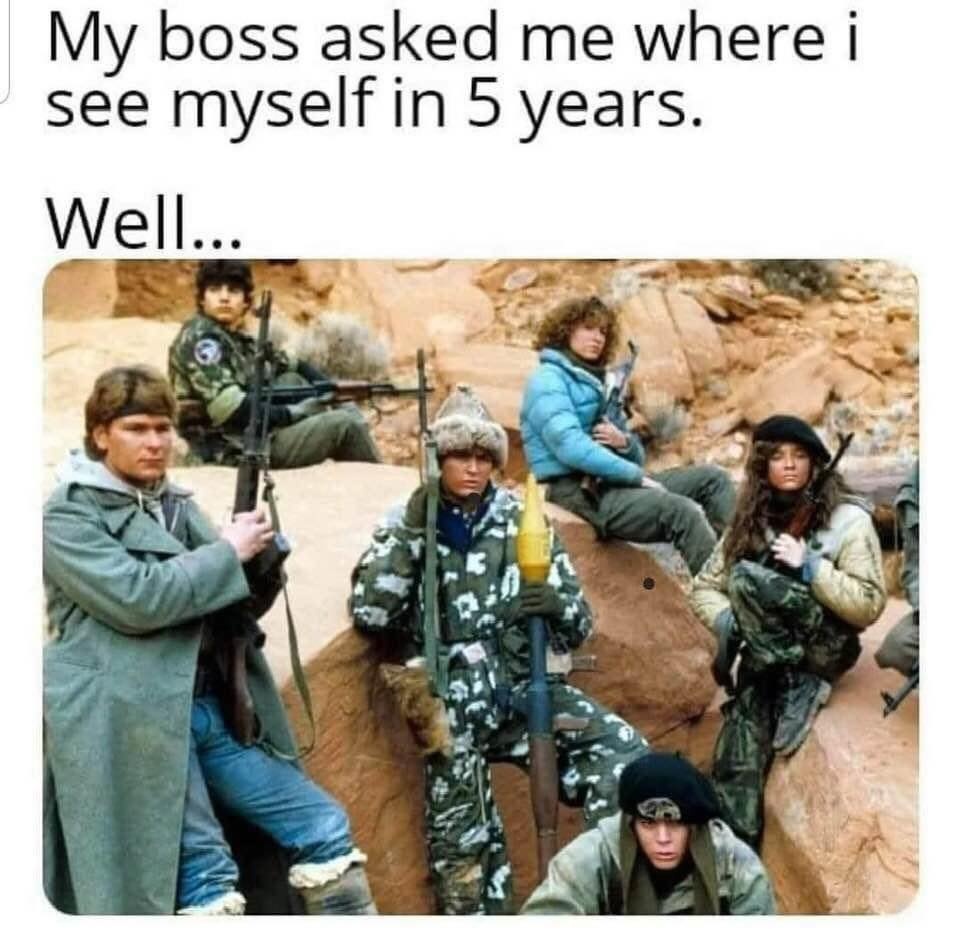 He’s still in the Obama time-warp of “leading from behind.” How’s that working for him….hmmmmmm???? OMG…gotta move from one million-dollar home to the next on his public-service salary to escape his electorate…..,. Boo Hoo. My eyes are welling-up.