Darwin Under The Microscope – Part 1

From: 44 Reasons Why Evolution Is Just A Fairy Tale For Adults
January 8, 2014 by Michael Snyder

On the Origin of Species by Charles Darwin was published in 1859.
The Theory of Evolution was adopted quickly as fact and used by educators everywhere to indoctrinate children to the false god of science. As a child I experienced one teacher after another making it their mission to crush the faith I was taught as a Catholic child.. Now let’s put Darwin on the spot, and hold his ideas up to the scrutiny of 158 years of hindsight and research.

Reasons 1-9 not to trust Darwin’s theory

#1 If the theory of evolution was true, we should have discovered millions upon millions of transitional fossils that show the development of one species into another species. Instead, we have zero.
#2 When Charles Darwin came up with his theory, he admitted that no transitional forms had been found at that time, but he believed that huge numbers certainly existed and would eventually be discovered…

“Lastly, looking not to any one time, but to all time, if my theory be true, numberless intermediate varieties, linking closely together all the species of the same group, must assuredly have existed. But, as by this theory, innumerable transitional forms must have existed, why do we not find them embedded in countless numbers in the crust of the earth?”

#3 Even some of the most famous evolutionists in the world acknowledge the complete absence of transitional fossils in the fossil record. For example, Dr. Colin Patterson, former senior paleontologist of the British Museum of Natural History and author of “Evolution” once wrote the following…

“I fully agree with your comments about the lack of direct illustration of evolutionary transitions in my book. If I knew of any, fossil or living, I would certainly have included them …. I will lay it on the line – there is not one such fossil for which one could make a watertight argument.”

#4 Stephen Jay Gould, Professor of Geology and Paleontology at Harvard University, once wrote the following about the lack of transitional forms…

“The absence of fossil evidence for intermediary stages between major transitions in organic design, indeed our inability, even in our imagination, to construct functional intermediates in many cases, has been a persistent and nagging problem for gradualistic accounts of evolution.”

#5 Evolutionist Stephen M. Stanley of Johns Hopkins University has also commented on the stunning lack of transitional forms in the fossil record…

“In fact, the fossil record does not convincingly document a single transition from one species to another.”

#6 If “evolution” was happening right now, there would be millions of creatures out there with partially developed features and organs. But instead there are none.
#7 If the theory of evolution was true, we should not see a sudden explosion of fully formed complex life in the fossil record. Instead, that is precisely what we find.

#8 Paleontologist Mark Czarnecki, an evolutionist, once commented on the fact that complex life appears very suddenly in the fossil record…

“A major problem in proving the theory has been the fossil record; the imprints of vanished species preserved in the Earth’s geological formations. This record has never revealed traces of Darwin’s hypothetical intermediate variants – instead species appear and disappear abruptly, and this anomaly has fueled the creationist argument that each species was created by God.”

“It is as though they [fossils] were just planted there, without any evolutionary history. Needless to say this appearance of sudden planting has delighted creationists. Both schools of thought (Punctuationists and Gradualists) despise so-called scientific creationists equally, and both agree that the major gaps are real, that they are true imperfections in the fossil record. The only alternative explanation of the sudden appearance of so many complex animal types in the Cambrian era is divine creation and both reject this alternative.”

Read the whole article:
44 Reasons Why Evolution Is Just A Fairy Tale For Adults by Michael Snyder
♞

Has anyone else noticed that is it referred to now as simply evolution and not the theory of evolution? Not a minor distinction in my opinion. It’s a theory for a reason.

Very astute. That’s how its done. Just like how “defense” became “defense and America’s interest”. 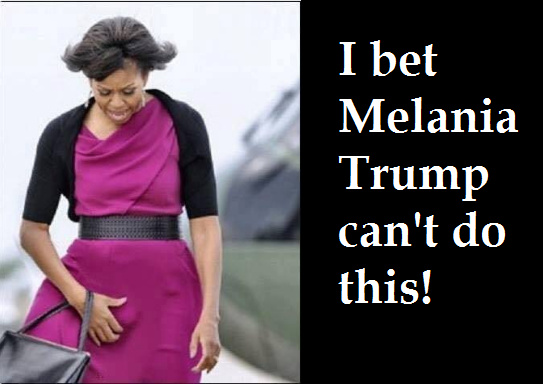 No doubt about it, at’s The reason Mustafa Obama is a happy boy!!!

My understanding is that the only new species that have been identified since Darwin’s time have followed cataclysms such as bomb blasts, fire or nuclear radiation. That would explain the lack of transitional fossils.

There are no transitional fossils even BEFORE Darwin’s time.

TD . . . . . God Bless you for bringing to us this marvelous article that all but refutes the nutty theory of Darwin. I believe that man was created by God the Eternal Father, and that our first parents were Adam and Eve. All the children of the Earth came from that parentage. There is not mount of goofy “pseudo science” that can shake my belief in how man came to be on this Earth.

Umm how can you claim that evolution “theory” is “pseudo science” but you can still believe in some all mystical sky god that watches everything you do? (yes, even going to the toilet …). That’s a bit rich, actually.
There is so much bull on both sides of arguments like this, no wonder we never get anywhere, and can never get along …

Hey, you’re obviously much too ‘smart’ for me. Let us know how that works out for you.

Belief in God is just that; it’s based on faith in the supernatural. However, we can infer the factual basis of it when we consider the Holy Bible — what it says of God and Creation, His Plan and its execution through time, and the measurable and verifiable fulfillment of hundreds of prophesies contained in the one book that claims to be the one and only true Word of God, that same Holy Bible. Those of us who have lived according to His Word and Will, and seen its reflection in our lives, can also attest to how it proves… Read more »

That you use the term “mystical sky god” seems to indicate you’ve not bothered to study or understand Christianity in the least… but then tell me, can you explain where the concept of evolution came from, bear in mind that while charles darwin put a name on it, and popularized it, it was present as a “mystical”/occult doctrine before his time, need I remind that his dad, & granddad, both worked on iterations of the concept as well, and both were freemasons (erasmus a member of the notorious time immemorial canongate kilwinning lodge #2, and was initiated at st. david’s… Read more »

Interesting pic that one of Darwin. Secret society thing, isn’t it? Silence, and all that. Evolution is very much a work in progress, and I don’t believe that it has all the answers as of yet. I think devolution and evolution may go in cycles. One takes precedence over the other sometimes, and they also run at different rates from time to time. Nothing in evolution is a certainty, and it may even be speeded up by entities outside our planet (and no, I’m not talking God, here). Anyway, maybe my point is that anything that Dawkins says has got… Read more »

Ditto about the Simpsons

Okay, which is it, did we evolve from the sea or apes? If this is as some believe, why is it still not happening and why did it suddenly stop?
I’ll take my chances with God, makes the most sense and it gives me peace. Coming from the sea or apes does neither. Even other religions accept that Jesus truly lived on earth.

Chuck Darwin did not believe in God, the Supreme Being, the Creator of all things here on earth and in the Universe, soooo, God created a lizard that laid an egg and Chuck was born.

Why do Evolutionists Believe in the Religion of Evolution?
https://hitchhikeamerica.wordpress.com/2013/12/07/why-do-evolutionists-believe-in-the-religion-of-evolution/

Well the Jews funded his little investigation to Galapagos. The “conclusion” was a foregone conclusion. I do not even give it the title “half baked”. What was hoped by them was that it would further the notion of our world being a jungle where predators were completely free from any sort of moral responsibility. As with all atheists, they are much too ignorant to debate seriously. It’s been several years since I had the last discussion with a self-proclaimed “atheist”. It was a hoot. Did you know that everything got here by “accident”? I didn’t think so. This is very… Read more »

The 20th Century had four intellectual founders. In the order of their importance, in my opinion, they were Marx, Darwin, Freud and Nietzsche.
ALL were Satanists. With the exception of Marx, ALL were homosexuals, or had engaged in various sexual perversions. ALL engaged in Occult practices and ceremonies. The major ideas of ALL men had origins, in one way or the other, in the Talmud, the Cabbala and the Zohar, in one combination of another.
Fun Factoid: Charles Darwin and Abraham Lincoln were born on the same day, February 12, 1809. True!