Dancing With The "Stars"

I’m not a fan of this show, have seen it yet don’t watch it – I never did understand the appeal.  This season of the Dancing with the Stars (DWTS) program has a new type of contestant: transgender “Chaz” Bono, aka Chastity Bono.
From KATU News: Chaz Bono isn’t thinking about the controversy surrounding his casting on “Dancing With the Stars.” He says he’s been flooded with fan support and is focused on the cha-cha.
Bono is the show’s first transgender contestant, and some viewers and conservative media groups have responded to his casting with hateful blog posts and calls for a boycott of the hit ABC show. But the 42-year-old author and activist says he hasn’t looked at the negative posts on the network’s website and has received loads of support from fans on Twitter.
Bono, who began rehearsing dance routines on Wednesday, says the controversy “hasn’t taken any type of negative toll on me at all” and that he remains intent on perfecting the dance routine he’ll perform in front of millions of viewers when the show premieres later this month.

From Chaz’s website: …”And just within the past eighteen months, Chaz Bono has entered the public consciousness as the most high-profile transgender person ever.  All through the hoopla surrounding his change, Chaz has insisted on maintaining his privacy. Now, in Transition, Chaz finally tells his story. Part One traces his decision to transition, beginning in his childhood-when he played on the boys’ teams and wore boys’ clothing whenever possible-and going through his painful, but ultimately joyful, coming out in his twenties, up to 2008, when, after the death of his father, drug addiction, and five years of sobriety, Chaz was finally ready to begin the process of changing his gender. In Part Two, he offers an unprecedented record in words and photographs of the actual transition, a real-time diary as he navigates uncharted
I did some research on transgender people at the American Psychological Association and they explained that some people are transgender due to biological factors such as generic influences and prenatal hormone levels, early experiences in a person’s family of origin, and other social influences.  Is it a mental disorder? Apparently many transgender people do not experience their transgender feelings and traits to be distressing or disabling, so it is not a mental disorder.  Yet some transgender people do find their transgender feelings to be distressing or disabling.  This is called gender dysphoria.  According to the diagnostic standards of American psychiatry, as set forth in the Diagnostic and Statistical Manual of Mental Disorders, people who experience intense, persistent gender dysphoria can be given the diagnosis of Gender Identity Disorder.
DWTS’s decision to have Chaz on their program is most likely a ratings stunt.  They haven’t had real “stars” on this program for years.  The addition of a transgender contestant won’t have me tuning in to watch.
DCG
Please follow and like us:

Debbie, I’m glad you posted this, as I’ve been meaning to address Chaz’ transgenderism for some time now. What I find freaky is that she (no matter what Chaz Bono says, she is genetically a female, with XX chromosomes, not XY) has had “top surgery” — surgically removing her breasts — but not “bottom surgery” — genital reconstruction surgery to sew up the vagina and build up the clitoris into something resembling a penis. She’s also undergoing a 6-7 year process of hormone injections. So, physically Chaz Bono is: 1. A DNA-chromosome female, with 2. A beard fuzz on her… Read more »

Um, didn’t need to read that right before lunch 🙂
I don’t care if she wants to mutilate her body….just so sad she couldn’t live with how God created her.

I see bayareabetty linked this to her (its) web site. The site says, “religous zealotry are complete jokes. Get your head out of your ass, small-minded simpletons!” FYI whoever you are, I’m entitled to have my own opinion as are you. If Chaz wants to mutilate her body, have at it. She’s entitled.
So sad people cannot accept their genetics as God made them.

It’s predictable. Bayareabetty is from the San Francisco Bay Area, belly of the liberal beast and central committee of the GLBT “community”. LOL

I never watched DWTS. Despite the fact he was a very cute little girl, I won’t be tuning in any time soon.

A good friend and neighbor many years ago had a stepdaughter, Laura who was about 13-14 years old. They were non-custodial parents; but, had some access to Laura from the time she was about 10-11 years old. She told me Laura’s story. At the time of Laura’s birth in the mid-1960s it was found she had some genitalia of both sexes. (this was before DNA testing). The doctors asked the mother what she wanted, a boy or a girl? Since they already had a son, the mother and father indicated they wanted a daughter and authorized surgery. They were warned… Read more » 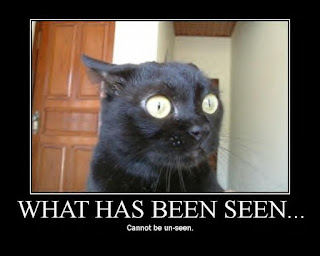