CyberBerkut, founded around 2014, is a Ukrainian nationalist and pro-Russian group of anonymous hacktivists who, as described by Wikipedia, became known for a series of denial-of-service (DDoS) attacks on the pro-West (NATO and the U.S.) Ukrainian government, and on western and Ukrainian corporate websites.
Its name, CyberBerkut or Berkut online, is a reference to Berkut — a special police within Ukraine’s Ministry of Internal Affairs. After the 2014 Ukrainian revolution — in which the Obama State Department was covertly involved — the new pro-West Ukrainian government dissolved Berkut, blaming the special police for most of the nearly 100 civilian deaths. Berkut’s unit in Crimea, which broke away from Ukraine, defected to the Russian Ministry of Internal Affairs and kept its old name.
Indeed, CyberBerkut’s emblem is almost identical to that of Berkut:

In response to CyberBerkut’s hacktivism, the group’s Facebook page is repeatedly blocked, and its website repeatedly disrupted. Indeed, when I tried to assess CyberBerkut’s website this morning, I got the message:

“The site is under attack. Service is temporarily unavailable.”

Yesterday, WikiLeaks sent out a tweet informing us that CyberBerkut just published a batch of emails between Ukraine and Hillary Clinton/Clinton Foundation, with a link to the CyberBerkut webpage.

When you go on the CyberBerkut page, the most intriguing thing comes at the end — an email on January 8, 2017, i.e., after Hillary Clinton had lost the presidential election to Donald Trump, showing the Democrats plotting to manufacture the phony story that Russia had hacked the election.
CyberBerkut claims they were given the email by a “whistleblower” and that the names of the email sender and receiver are blacked out to protect the identity of the whistleblower.
Below is the text of the email, followed by a screenshot of the email:

“Our whistleblowers gave us information that Russia was going to face great provocation. The Americans intend to manufacture false evidence of the Russian security services’ involvement in cyber attacks during the U.S. presidential elections 2016.

We cover the names of the provocation facilitators in order not to expose our sources. It is worth saying, a famous American politician and major financier took part in the plot.”

Reblogged this on hocuspocus13 and commented:
jinxx♠xoxo

Once again, those Democrats: 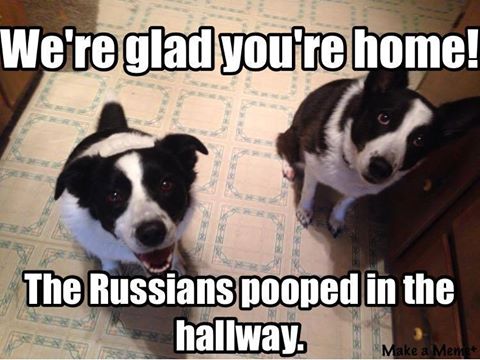 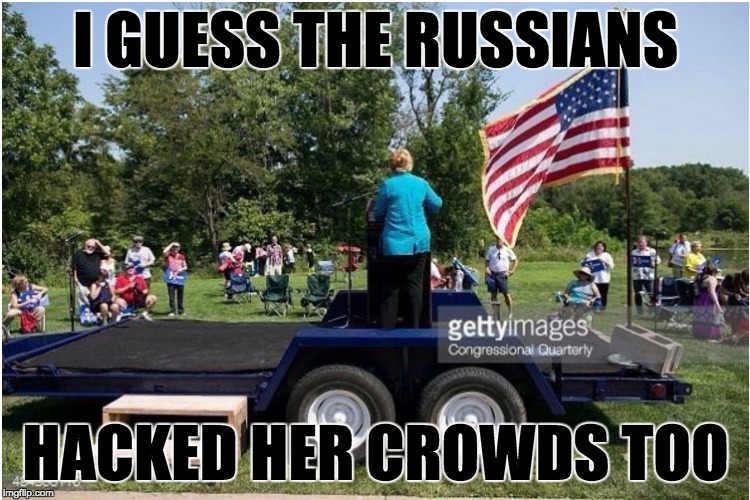 My first attempt to share this to Facebook was met with the following window. I eventually got it through the “spam filter” but it is clear they are trying to censor conservative free speech.

Many thanks for your continuing hard work, including this posting. Our country and honorable ways are under constant attack from many directions. An element of our elite does not believe that one can be loyal to our country without being a traitor to their class. Psychopathy has struck some so severely that our country has been taken from a stroll to a march, then to a run to the ruin of everyone, including themselves. Just a question; why has BHO been spending so much time so far away from our country?

Reblogged this on necltr and commented:
If only we could not only know the truth but accept it as well. Then do what is needed.

If Russia wanted to influence US elections they’d just place everything they had on US politicians in the public view, like at wikileaks, and be done with it.
Imagine what they have on the klintons, 0bama, all of them.

I am convinced that Soros and Hillary Clinton are the operators in question here.

(I have been experiencing some problems in posting here. It seems to be on my end; I’ll try to figure it out and post later. I had a longer reply and I thought I activated a log-on, but my original comment didn’t post).

Must’ve been the Russians again…..

Steven . . . this same thing has happened to me twice in the last three weeks. I thought FOTM had taken issue with something I said. Glad to know I am not the only one.

As we all know, Russiaphobe mania is but a means to control what the media can know and deprive us of knowledge of matters crucial to our existence as a nation. The powers that control our media are aware that our understanding of what is going on would probably lead to their non-existence.

Love the pic of hitliary on her 1st class stage with the concrete block holding up the flag. The photographer even got her good side. I get the feeling that these nice folks were at a family reunion at the park when the hillarymobile rolled up.
Everybody knows the Ruksies didn’t do anything. It was George Bush. sarc

Ok this is getting weird. After I ‘liked’ a few of the above posts, I attempted two comments that were messed up— ?

But THAT one went thru! LOL!!

Reblogged this on kommonsentsjane and commented:
Reblogged on kommonsentsjane/blogkommonsents.
With all of the racketeering conducted by Hillary Clinton and the DOJ focuses on President Trump and Russia – what is going on here. Is this a hoax being played on the American people? It makes no sense.
kommonsentsjane

Oh yeah. This is Obongo/Clinton espionage. It’s as bad a fiction as his life story. Tell me, when did it become “treasonous” to talk to Russians? If it weren’t for the legions of prestitutes all breathlessly touting this nonsense as if it meant something people would be screaming for them to shut up.