From Daily Mail: A controversial campaign encouraging parents to teach their children about consent from a young age has prompted widespread debate online.
The meme which first started circulating in October and has since resurfaced features a picture of a young blonde girl. The photo is accompanied with the words: ‘I am five. My body is my body. Don’t force me to kiss or hug. I am learning about consent and your support on this will help me keep safe for the rest of my life.’
The meme was recently shared by New Zealand organisation Safe kids, thriving families who were supportive of the message.
They accompanied the meme with a status which read: ‘Supporting our children’s understanding of body autonomy has a lifelong reach. Let’s do all we can to normalise a child’s right to do what they want with their own bodies.‘
The post has since been shared over 50,000 times and has hundreds of comments, with opinion from parents very much divided.
Many parents agreed that the meme was spreading a positive message to children and their families.
Chantelle wrote: ‘If a person wants to hug, kiss or otherwise physically interact with a certain person and it is mutual: great!If its not mutual its not ok.Children are taught to respect property, why cant adults respect them?’
Becca agreed adding: ‘Teaching our little ones boundaries and respect for their own bodies and that of others is vital!
‘If an adult is making a child feel uncomfortable in any way “they” are in the wrong. Not the child. Back off. Love and respect are earned, not forced or taken.’
Courtney: ‘Omg what’s so difficult to understand. If a child doesn’t want to hug or kiss someone they shouldn’t have to.
‘It may be innocent to you but if a child feels uncomfortable with it they should be able to say that to their parent.’
However, while many considered it to be an important message as many completely disagreed arguing that children should be encouraged to show affection.
Donna argued: ‘So, we are going to make something innocent and used as a show of affection and turn it into something perverted?
‘THIS is what is inherently wrong with our country. Human beings scientifically NEED touch for survival. It releases much needed endorphins which produce positive feelings in human beings.’
Read the rest of the story here.
DCG

Funny how they put lipstick and makeup on this little girl and then argue about such a topic.

I think I can see earrings on her, too.

GOOD CALL! Yeah, and it is all about “teaching” kids to be rude and self centered. As a kid, “family” is all about having to be affectionate with old, weird, and somewhat creepy people you only see a couple of times a year. But you got to do it to be polite. And to get presents. Now that I’m old, weird, and probably somewhat creepy to anyone under 40, I still have to pretend to do it. It is part of the “Human Condition”. These Special Snowflakes are going to end up being Monsters, I’m afraid. They are raised to… Read more »

You can go too far when you tell a child not to hug or kiss another member of the family. You should be more concerned with teaching them who and who NOT to hug or kiss. If a child feels uncomfortable hugging a loved one you should find out why they feel that way. If there is a good reason they feel that way explain to the other person so no feeling are not hurt. I have NO problems with teaching a child not to hug or kiss a stranger or anyone that makes them uncomfortable. Teaching a child to… Read more »

They would be much safer just learning to recognize muslums and politicians, and staying out of pizzerias without a parent.

Kids, if this is your uncle, you might want to run… you know how liberals like to project. 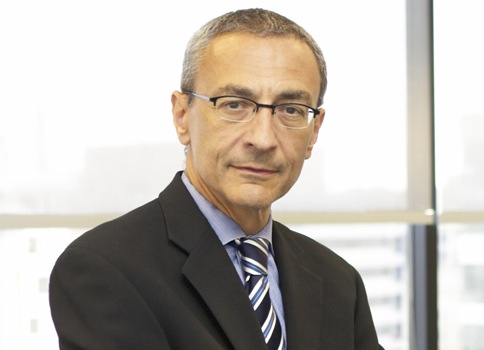 This is one CREEPY dude!

Part of the message is “this is my body I decide who to hug/kiss.” I should imagine that all the pedophiles would be delighted with the idea that kids can consent to this kind of behavior. After all, that is what they have been after for many years now. I agree with those who say hugging/kissing is a part of conditioning a child . . . if they do not experience this as a small child, their world will be cold and dreary, and they will not exhibit normal interpersonal exchanges. There needs to be a balance, and parents or… Read more »

“Part of the message is “this is my body I decide who to hug/kiss.” I should imagine that all the pedophiles would be delighted with the idea that kids can consent to this kind of behavior.”
Excellent point, Auntie LL!

I can’t imagine what a sad world it would be if children never got to experience a hug and kiss from grandma. Will they have a disassociation condition later on? A person needs to feel loved and wanted. No one entered or left my grandma’s house without a hug and kiss. Family or newcomers. It was simple, you got a hug and a kiss. She never failed to meet everyone at the door. Never. She was a simple, hardworking woman that loved her family. You were immediately sat down to wonderful meals at her home. From the day she passed,… Read more »

Reblogged this on necltr and commented:
It takes a village to raise a child – unless you live at 1600 Pennsylvania Ave., WA D.C. and send your children to Sidwell.

They want children to make adults decisions, this is beyond stupid.

It’s not long before they say that sex with a child is ok if he/she gives consent.

It seems, ironically, that this is the same MKUltra-stunned alt left that has spawned a movement to legalize and normalize “consensual” sexual relations with minors. This is dangerous insanity. Sorry, couldn’t hyperlink..
https://en.wikipedia.org/wiki/List_of_pedophile_and_pederast_advocacy_organizations

We are surrounded by dangerous idiots.

“Let’s do all we can to normalize a child’s right to do what they want with their own bodies.” Read that again, this has nothing to do with “protecting” them, and everything to do with ostracizing them from family members & friends, as well as making them available to “consent” to sexual intercourse (and probably other things like alcohol etc.). This is how they soft-peddle that filth. For those who haven’t looked her up yet, look up Dr. Judith Reisman, and learn what’s going on. To other readers spotting the sexualizing aspects of the image, good spotting, yes she is… Read more »