Congress must ban all assault window-cleaners!

Calling on Sen. Diane Feinstein and the Democrats in the state legislatures of California, New York, Missouri, Minnesota, Colorado, Washington!!!
We need a ban on all assault window-cleaning fluids!
A senior citizen in Florida – GASP! — used a bottle of ASSAULT window cleaner to subdue a home invader. 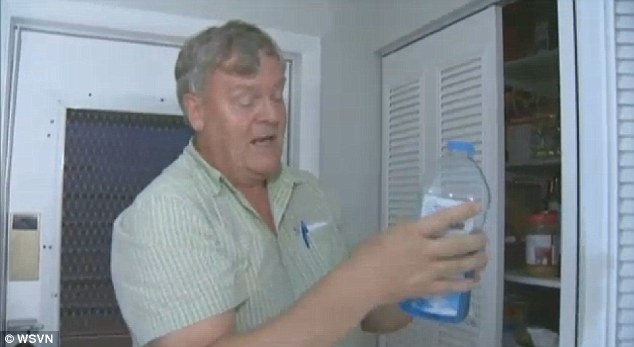 Nina Golgowski reports for the Daily Mail, March 1, 2013, that when an intruder armed with a gun and crowbar appeared in his Southern Florida home on Tuesday morning, 66-year-old Jacques Baillargeon grabbed the first thing he could find — a bottle of ASSAULT window cleaner — which he sprayed into the intruder’s eyes. (See pic above)
Often containing ammonia, alcohol and sometimes vinegar, ASSAULT window-cleaning fluids can cause a burning sensation when touching the eyes.
“I said, ‘No way this guy is going to touch my wife’…I will try not to panic and I will try to knock him down,” Baillargeon recounted from his Lauderdale Lakes condominium to WSVN.
The intruder swung his crowbar at Baillargeon who was able to avoid the blow and instead swipe the weapon out of his hand. Baillargeon is a 28-year veteran of the Royal Canadian Mounted Police.
The intruder never fired his weapon but instead quickly fled the scene, leaving behind the crowbar as well as a skull cap.
Baillargeon promptly called 911. The dispatcher reacted in disbelief: “You sprayed him with (ASSAULT) window cleaner?”
Only moments later the Broward police department were on the line with another call reporting a home robbery in the same area.
“Did you see anybody, can you tell me what they looked like?” police dispatch asked.
The caller, 29-year-old Nathanel Smith (photo below), said, “No ma’am, He had on a black, he had on all black with a bandana over his mouth.” But a crowbar and a skull cap were among the items stolen. 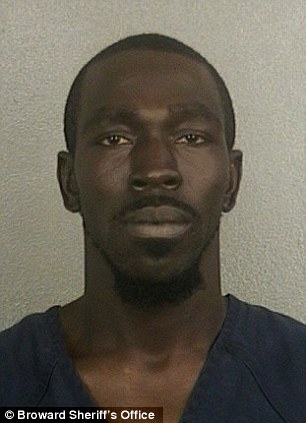 If Obama had a son, would he look just like Nathanel Smith?

It turns out that Smith is Baillargeon’s home invader! Smith falsely reported that a robber had taken his crowbar and skull cap, which he had left in Baillargeon’s home, in hope of explaining why Smith’s fingerprints and potential DNA were on them.
Smith was detained by detectives after pulling a bag of marijuana out in front of them from his pants’ pocket. Police say he later confessed to trying to rob Baillargeon as well as another couple a few days earlier.
The 61-year-old couple had left their door open to enjoy the cool air from outside. “A black male armed with a handgun and crowbar entered their apartment and ordered the couple to lie face-down on the bed,” the Broward sheriff’s department said in a press release. “The gunman rummaged through the apartment stealing jewelry, cash, cell phones and a laptop computer. The couple was not injured and the suspect fled.”
Here’s Nathanel Smith being arraigned before the court:

Good point , I missed that the 1st time around .

I had a little household liquified drain cleaner in mind. 4 ounces would about do it.

Thank you Dr. Eowyn for this great post; the sarcasm is hilarious! I have all kinds of “assault” cleaners in my possession and I don’t have a license to have them either!

Whatever it takes! (I’d still prefer a firearm though 🙂 )