“Sexual intercourse is rapidly becoming the one thing venerated in a world without veneration.” ― C.S. Lewis, Miracles

The mandatory classes are part of a controversial new sex and relationships teaching program called All About Me, which some parents say are “sexualising” their young children. Documents obtained by The Mail on Sunday detail how All About Me classes involve 6 to 10-year old students being told by teachers that “lots of people like to tickle or stroke themselves as it might feel nice,” including touching their “private parts,” and that although some people may say this behavior is “dirty,” it is in fact “very normal.” The children are told that it is “not polite” to touch themselves in public, and that they should do that when alone in the bath, shower or in bed. The children are then given scenarios which they must judge to be “OK” or “not OK,” such as when a girl called Autumn “has a bath and is alone she likes to touch herself between her legs. It feels nice.” 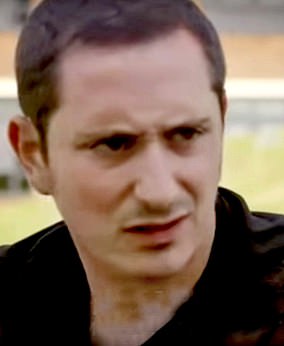 Jonny Hunt, 37, a sex education consultant who is one of the architects of All About Me, said: “This is not sex education but actually information around safe and appropriate touching. However uncomfortable adults may find it, children of all ages will self-stimulate from time to time. They may do this when anxious or simply because it feels nice.”

Naomi and Matthew Seymour, whose two sons attend Coten End Primary School in Warwick, strongly disagree with Hunt. Concerned their sons would be exposed to issues they “were not ready to hear,” the Seymours removed their sons from school for the week during which the program was taught.

Piers Shepherd of the Family Education Trust said the government’s RSE guidance is too vague and that “It is even more concerning that parents may be denied the opportunity to withdraw their children from these lessons if the school brands them as relationship education classes rather than as sex education.”

Simon Calvert of the Christian Institute said: “It looks like Warwickshire has paid more attention to a controversial sex education consultancy than to… what parents understand to be in the best interests of their children.”

Matt Walsh of The Daily Wire, alerts us to similar sex-ed programs in other countries:

What we’re witnessing here is…pedophilia…a form of widespread, institutionalized child sexual abuse. The administrators who approve this material are predators, and the teachers who teach it are complicit….

But we should not be surprised by this. It is the inevitable consequence of allowing public schools to teach “sex-ed” in the first place. There is, it turns out, no non-creepy way for schools to handle the topic. There is no approach that isn’t at least inappropriate, and at worst abuse. That’s because schools have no business delivering lectures on sexuality, no matter what is being said about it. By broaching the subject, they are already treading on ground where they don’t belong. It’s no wonder that they marched all the way to this point.

As far as schools are concerned, sex should be a purely scientific subject. Teach the kids about anatomy. Teach them where babies come from. Teach them the facts of human reproduction. That’s it. The children don’t need to hear, and should not hear, the teacher’s personal views on what kind of touching is appropriate, and what sort of sex positions are enjoyable, and “when it is appropriate to be naked or semi-naked,” whether our cultural attitudes towards sexuality are repressive, and so on. None of that constitutes objective scientific information. It is, at best, the subjective view point of the person who came up with the lesson plan. And subjective view points about sexuality have no place — at all — in a school…. Just because I send my kids to school to learn the ABCs and 123s doesn’t mean I also want them to be indoctrinated into Mrs. Wilson’s personal philosophy on human sexuality. Actually I don’t send my kids to school at all — we homeschool — but the point stands.

If it would be considered a gross infringement for a teacher to stand up and proclaim the Gospel of Jesus Christ in the middle of algebra class, why is it any less of a gross infringement for a teacher to proclaim the Gospel of Sexual Enlightenment…in the middle of health class? You might argue that schools “have to teach it” because parents refuse to do it themselves. But where does that end? There are many ethical, moral, and spiritual lessons that parents often fail to impart to their children. Should schools then become churches, daycare centers, therapists, spiritual gurus, and sex coaches all rolled into one, just to compensate for lackadaisical parenting? Schools don’t automatically inherit the right to teach whatever a parent doesn’t teach…. [s]chools should stick to the academic basics. Reading, writing, arithmetic, etc. It is not their job, or their right, to go beyond that.

Schools of Perversion or how to teach a child to be a pervert without parental intervention. It looks like we are at a point of no return. The Second Coming is needed for the sake of humanity.

As the old Italian said when I was a kid… “Hey no toucha da doinkle! You go BLIND”!! Seriously what the hell is wrong with a place that teaches a kid to do something like that??

`Schools of Perversion or how to teach a child to be a pervert without parental intervention.

This is terrible to hear, and yet, I wonder why it took this long, in that evil usually progresses fairly quickly if unopposed. This IS predatory behavior, and I wonder what it will take to get people to rebel.

CS Lewis warned us about the “progressive” agenda in the schools in England 50 and 60 years ago. It’s going to show up here in the US soon.