Common Core is an education initiative sponsored by the National Governors Association (NGA) and the Council of Chief State School Officers (CCSSO), the purpose of which is to establish consistent education standards across the states as well as ensure that students graduating from high school are prepared to enter college or the workforce.

Common Core is much criticized. Its mathematics program is needlessly and nonsensically convoluted. See my post of March 25, “Bizarre Common Core math.”

But it’s not just math.

Even more egregious is a Common Core workbook used by seventh-graders at Grant Middle School in Springfield, Ill., which presents the Second Amendment to the United State Constitution as guaranteeing the right to bear only arms that are registered.

The Second Amendment as written in the U.S. Constitution states: “A well regulated militia, being necessary to the security of a free state, the right of the people to keep and bear arms, shall not be infringed.”

But the Common Core workbook (see below) says the Second Amendment “states that people have the right to certain weapons, providing that they register them and they have not been in prison.”

Bob Hill, the superintendent of Springfield Public Schools, told 970 WMAY that he doesn’t plan to remove the workbook, despite the outrage it has generated among parents.

Hill said the workbook is not the only resource that provides a definition of the Second Amendment and that the interpretation found in the material teaches students “what happens with the right to bear arms in the context of 2014” because “in reality,” some places do require the registration of firearms.

Hill also claimed the material is not “proselytizing” a certain political point of view and said removing the material at this point in time is “pretty unfair relative to what the teacher has going on.” Micromanaging teachers in the district by reviewing all material they want to teach, he said, would be insulting to educators.

The material was created by a teacher who is now retired, but it continued to be used. Hill said several parents have asked him to remove the material, “which I’ve told them I wouldn’t do.”

Here are the members of Springfield Public Schools’ Board of Education:

How do these idiots get into these positions? Is it because the school boards are also leaning that way? Do voters care so little about the country they’ll let anyone with a bunch of letters behind their names presume to “teach” our kids?
What happened to due diligence on the part of this particular Board? Are they going Left as Chicago has? If so, God help Illinois and our country.

Thank you, racefish, for bringing up the matter of school boards. Because of your comment, I’m adding the members of Springfield’s school board to the end of this post. 🙂

With the help of some literature provided by the Rutherford Institute I approached our school board to change the district’s Christmas celebration policies. I kept it on a professional level and wrote out a model policy that they could examine. It also helped that the board president lived nearby and had two daughters that were good friends with our kids. If you can deal with people on a good personal level rather than screaming at them you can sometimes get further. Our board was acting out of fear of a law suit. In this case though, I dunno. It appears… Read more »

Instead of cursing the dark, you lit a candle. Good for you, Sig! :star:

Why do you morons think that the words “WELL REGULATED” in the Second Amendment mean?

Since you chose “arnold friend” to be your name on FOTM, and since Arnold Friend is the alias of the Devil in Joyce Carol Oates’ short story, I consider your calling us “morons” to be a signal compliment!

Once again, I must remind you what happens to Faust and all who make a pact with the Devil, the father of all lies. 😀 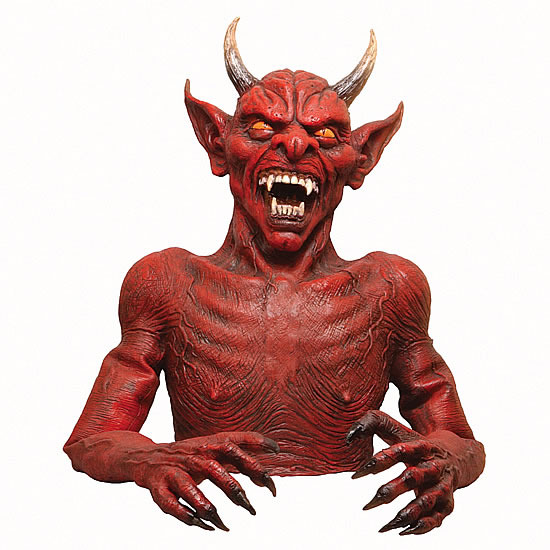 Well, left/liberal progressives types (such as our devil friend here) feel it means this: “Germans who wish to use firearms should join the SS or the SA– ordinary citizens don’t need guns, as their having guns doesn’t serve the State.” –Heinrich Himmler However, the “unorganized militia” in colonial American (and Federal) reckoning (as opposed to the “organized” National Guard and Reserves) is everyone else available of military age who can carry a weapon (i.e., the pool of draftable manpower) minus (here’s the “well-regulated” part) minus felons, crazies, traitors, etc. (you know, discernibly bad people said regulation is supposed to catch).… Read more »

Nice Alinsky move….Regulating the militia and the Second Amendment rights of individuals – suggest you do some homework. “The Supreme Court has now definitively held that the Second Amendment protects an individual’s right to possess a firearm unconnected with service in a militia, and to use that weapon for traditionally lawful purposes, such as self-defense within the home. Moreover, this right applies not just to the federal government, but to states and municipalities as well. – See more at: https://constitution.findlaw.com/amendment2/amendment.html#sthash.78yPQY17.dpuf The term “well regulated”, during the time the Amendment was written, has multiple meanings: 1) To control or direct by… Read more »

And furthermore “af”, your question makes no sense! You should learn proper grammar and communication skills before you attempt to speak.

Now, kids, you only have a right to guns that the big, friendly gov’t that gives you everything lets you have so they can take them away if they feel it’s best for you and our founding fathers really meant that ’cause they were mean ol’ racists and didn’t know any better… all leftist Democrats today say so!

Great post, Dr. Eowyn! And a terrific reminder of how important local politics are. The GOP might be corrupt on the national level, but it’s the small local and state elections where we can find many patriotic Republicans and independents.

First of all, as English citizens, colonists had the right to bear arms even BEFORE our US Constitution was written..where do you think we got the idea?????..English Common Law said they HAD to be ready to serve the Crown at any and all times…they OWED service (this is still where the basis for our own DRAFT laws come from today) .AND they provided their own weapons. .AND, more correctly…the British did not seek to control or regulate colonist’s arms, but their ammunition supply (Just like CA has been trying to do for the last few years within it’s borders…), and… Read more »

Thank you Dr. Eowyn for this interesting post. Narcissism knows no bounds, as reflected in these idiots who have decided to change an Amendment on their own volition, by adding phrases that do not carry out the intention of the Amendment.