Wonder if he plans to discuss how sexual harassment in his industry has impacted comedy? Don’t hold your breath.
From Hollywood Reporter: On Nov. 20, Maz Jobrani will move from his Los Angeles comedy haunts like the Laugh Factory and Hollywood Improv to the Hilton Hotel in New York City as he takes center stage as host of the 45th International Emmys.
Ahead of the fete, the headliner of Netflix’s Immigrant got on the phone with THR to talk about his approach to being funny, (maybe musical) and sensitive all at once, as well as his plan for addressing the flood of sexual harassment stories that have recently hit Hollywood and have included actor Kevin Spacey, who was supposed to receive the 2017 International Emmy Founders Award at the show.
What can people expect from you as host of the International Emmys?
I tend to go to the audience, and if there’s people from different parts of the world I try to acknowledge them and maybe have some jokes about where they’re from. I’m going to try and cover some of the countries that are represented there that night. I’ll do my best to touch on as many countries as I can within my limited time that I have to open the show with. Obviously, as an Iranian-American, as an American comedian I need to talk about Trump. We’ll definitely touch on Donald Trump and then it’s about making everyone feel welcome.
How political do you plan on getting?
I just always give my point of view. I have a liberal lean and Trump has inspired me to be more political on stage. An international audience is very well versed on what’s going on and I hope they’ll appreciate the comments I make. Trump wants to build walls, I want to build bridges. We represent polar opposites so I have to talk about that.
What would a Trump tweet look like in response to your jokes?
He doesn’t go out of his way to find us. I strongly doubt that he would do anything. Every time I tweet and tag his Twitter, in the back of my mind I [think], “I wonder if he’ll ever see any of these.” During the election I wrote something and got a response and it said Donald Trump and I was like, “Oh my God.” I responded back because I was really excited and I thought I had a great comeback and somebody else who was on the chain responded and said, “Hey man, that’s not the real Donald Trump, that’s a fake account.” But you know what? It felt really good for a second thinking I was venting on Donald Trump.
How has Trump impacted comedy internationally?
Trump is great for comedy and horrible for the world. Personally, I’m at a tipping point of being able to handle any more from him, and he’s relentless. It just keeps coming out! And as comedians we need time to develop our jokes. He doesn’t give us time! It’s craziness. Not just in the Middle East, but around the world the one thing you have to give the guy is he has done a great job of publicizing himself to the point where I would make an argument that he is currently the most well known person in the world. He’s done a really good job of marketing himself and I wish he would recognize that and step down and go back to selling products based on his image.
Read the rest of the story here.
DCG
Please follow and like us:

Maz Jobrani? Never heard of him — although I try to keep up with pop entertainment and Hollyweirdos. The International Emmys must be scraping the bottom of the barrel.

I am sure he is much funnier in his own mind than he really is. When I think of a great comedian someone from Iran is not the first that comes to mind.

Yikes, a raghead on a suit!!!! Beware, he may be carrying “something” in his brief case.

Dang!…..Does any body really have the nerve to show up at one of those emmy things now…..And hosted by an iranian??……That [I]s a joke.

Just gotta have an “I’m with Allah” sign and a bullet proof vest.

Maybe he can get Valerie Jarret to be his sidekick. What a show!

Maybe he could get “Umar Fizzlepants” sprung. You know, take the show on the road.

I;m still waiting for someone to tell us explicitly how Trump is destroying America, the Mideast, and the world. But I guess that requires more thinking than repeating the MSM.

Iranian, went to berzerkly for polsci aka marxist indoctrination, and flavors his “comedy” routine with hatred for America, conservatives, white people, christians. Got it.

I never heard of him. So-if an unknown “comic” falls in the forest,does it make a difference to humanity? They need someone WORTH watching-how about Jeff Dunham and Achmed,the Dead Terrorist? Now THAT’S funny stuff.

Give it Time, the closet will open and the skeletons will appear.

You mentioned his name and politics, and I am laughing already. 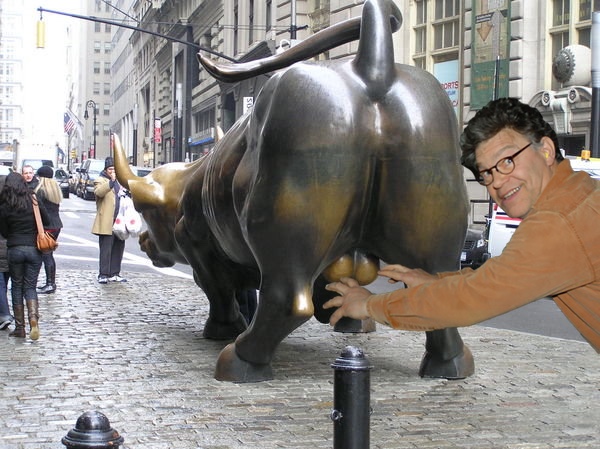 He may have been a comedian but I don’t find him funny!

Leftist humor is like socialist realism art– only the most politically correct headline so one must clap, comrade! The trendy celebutard Trump Acceptance Refusal Disorder is getting old… even this guy (who clearly isn’t getting an Emmy himself) this year should realize that.

I’ve never watched any of these stupid award shows. It’s always a bunch of over paid, under talented, libatard morons espousing idiotic opinions about stuff that they have no clue about. As far as I’m concerned hollywierd, theater, and the music business have all went to hell in a hand-basket a long time ago and are already out of business. Time for a fire sale.

“It just keeps coming out! And as comedians we need time to develop our jokes. He doesn’t give us time!”
Hahaha, POTUS Trump is just TOO FAST for those slow-poke comendians. Too funny. Try to keep up, you dimwits, unless it’s over your head, lol. 😀

Never heard of Maz either – he talks about building bridges…bridges also make it easier for terrorists to commit terrorism., whether it’s access, or blowing up the bridge.
He’s probably being humored in that liberal, condescending “Awwwwh, ain’t he cute for trying to be a comedian”.
Btw, lophatt’s Franken-bull pic is hilarious!