During the Congressional Black Caucus Foundation’s annual conference, Sept. 14-18, 2016, CIA Director John Brennan admitted to supporting the Communist Party in the 1976 election.
As reported by CNN, during a panel discussion at the conference about diversity in the intelligence community, Brennan was asked about barriers to recruiting diverse candidates for the intelligence fields, including whether past records of activism could hurt someone applying for a clearance later in life.
In response, Brennan recalled being asked a standard question for a top security clearance at his early CIA lie detector test: “Have you ever worked with or for a group that was dedicated to overthrowing the US?”
Brennan told the conference, “I froze. This was back in 1980, and I thought back to a previous election where I voted, and I voted for the Communist Party candidate” — Gus Hall.
Brennan continued:

“I froze, because I was getting so close to coming into CIA and said, ‘OK, here’s the choice, John. You can deny that, and the machine is probably going to go, you know, wacko, or I can acknowledge it and see what happens.'”

So Brennan told the CIA polygrapher that he was neither Democratic, Republican nor Communist, and that voting for the Communist Party candidate was his way of “signalling” his “unhappiness with the system, and the need for change.”
The polygrapher looked at Brennan and said, “OK”.
To Brennan’s surprise, he “soon got his admission notice to the CIA.”
Brennan told the conference that this shows how broad-minded the CIA was in regards to freedom of speech, although he thinks the CIA still has a long way to go in accepting homosexual and minority recruits.

In 1980, the United States and the Soviet Union had begun a “Second Cold War,” when tensions between the major powers greatly increased, with both sides becoming more militaristic. Given that, the “tolerance” of the CIA polygrapher toward Brennan’s admission of voting for the Communist Party is certainly noteworthy.
Writing for FrontPage Mag, Daniel Greenfield observes:

“If he [Brennan] had admitted to voting for the Nazi Party, he would have been hounded out of everywhere. And rightly so. What’s wrong is that voting for a mass murdering totalitarian ideology is just considered a whimsical act of a passionate young man. This is the pernicious double standard that has allowed the left to evade its moral responsibility for the crimes of the left.
Communism and its fellow travelers have never been held accountable. That is unfortunately still the case.
It’s very telling that voting for the Communist candidate wasn’t disqualifying. […] But you can have a Communist past and still become the CIA Director.
And final question, who really won the Cold War when America’s highest offices are run by people whose essential ideas and politics are far closer to Lenin than Eisenhower.”

A communist sympathizer is the same as a moderate terrorist.
I’m just “not OK” with commies or terrorists.
I say put these two intellectuals in Guantanimo.

Reblogged this on necltr and commented:
I don’t know whether or not this is relevant, but I think that, given the particular need, the CIA would take anyone from anywhere if that person would be useful.

Absolutely. All of these distinctions are for the chumps. They don’t have any loyalty or belief other than to and in Satan. It’s all about them. They use these labels when it suits them to dishonor somebody or something. They mean less than nothing to them. They should mean nothing to us as well. All that matters is whether they are evil or not. On our side of the equation we place great import on trying to do the right thing. That’s as it should be. We need to remember, they do not. You can’t believe anything that comes from… Read more »

In the mid-20th century British intelligence was so penetrated by Soviet agents at high, if not the highest, levels (Philby, Burgess, Maclean, Blunt, Cairncross, Hollis(?), etc.), that it was virtually a branch of the KGB. Why should one assume that US intelligence has a different history?

I don’t! None of it makes any difference. That’s the whole point. You say “British Intelligence”. They say “what’s British?”. It means nothing to them. They collect on their scams and take their instructions from those to whom no country’s name means anything.
There is nothing special about the US. It has a role (as a quasi-entity) in The Plan, just like the others do. The US (for now) is the “muscle” to beat any recalcitrant “countries” into line. Once they’ve been subdued, they will be converted into “zones” or the equivalent.
They are all pawns.

It’s impossible to keep track of. Look at that clown “Bernie”. The “socialist” who just bought his fourth expensive home. “Man of the People” (not!). Phony POS?, yes.
“He’s a Constitutional Scholar with a law degree from Harvard”. No he’s a queer mulatto phony who the CIA sheep-dipped and papered into office. Is that the same thing? It reminds me of those picture games “which one of these pictures is different?”.

brennan is a muslim and was involved in the coverup for barack obama. i believe treason was comitted. 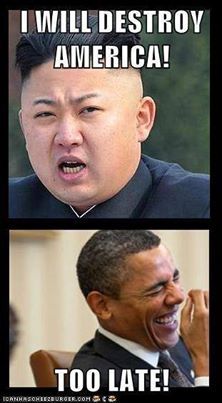 Well, back in the 1950’s, the Communists promised they would infiltrate the Government of the United States. I’m certain Lurch here has not been the first, nor will he be the last.

Oh sure, but it doesn’t matter if they’re left-handed, herniated Hopi Indians. They don’t care about any of that. They just do as they’re told.

[…] via CIA director John Brennan, suspected Muslim, voted for the Communist Party — Fellowship of the Min… […]

Two of my in-laws work in gov’t in D.C.in the “bureaucracy” and report that, after 30 years of ”seniority” in their jobs (one of them in a portion of what became Homeland Security, the other in the CIA!!!!), suddenly, mat-toting, ass-to-the-sun-5-times-a-day Muslims SUDDENLY became their superiors during this Obama administration…OUT OF NOWHERE…..NEVER having 30 years’ experience/tenure/no way/no how….NO ONE they ever heard of in their departments…..they JUST SHOWED UP (AND….with their prayer rugs…) THAT IS HOW anyone/everyone “found out” about their Islamist leanings…arriving in their office during one of the “prayer calls.” As the Obama admin went on…..they did NOT… Read more »

why so anti-muslim? Muslims love and follow jesus’s commandments more than so called ‘christians’!

Ok. The Religion of Peace never takes a break…
https://www.thereligionofpeace.com/

Muslims in Our Government – Researched 12.2014 – “There are none so blind as those who will not see.” When you read this you will understand why Obama refuses to say the words “radical Islam”. Did you know that we now have a Muslim government? John Brennan, current head of the CIA converted to Islam while stationed in Saudi Arabia. Obama’s top advisor, Valerie Jarrett, is a Muslim who was born in Iran where her parents still live. Hillary Clinton’s top advisor, Huma Abedin is a Muslim, whose mother and brother are involved in the now outlawed Muslim Brotherhood in… Read more »

The Crusades had it right. The forces of Jesus Christ against the forces of a false prophet. The Middle Ages were often brutal but they sure knew how to get to the heart of the matter. Now it’s the same thing all over again except the West has become mostly wussified by failing to acknowledge and deal with this threat. Trump is no St. Bernard, but he will project real strength against those who want to kill us all.

Reblogged this on brendon2016.