Last Sunday, I did a post on the 2014 movie “God’s Not Dead,” which I highly recommend.
The movie is mainly about a college freshman named Josh Wheaton who is commanded, as all the other students in the class are, by his atheistic philosophy professor to write “God is dead” on a piece of paper and affix his signature to it.
Wheaton, a Christian, refuses to do as the professor ordered. So the professor challenges the student to defend his faith before the class — a challenge that Wheaton accepts, at the cost of alienating and losing his girl friend.
Here is a real-life “God’s Not Dead” at Polk State College in Winter Haven, Florida.

16-year-old Grace Lewis is a high school student who took an Introduction to Humanities course at Polk State from Professor Lance “L. J.” Russum, through the Florida Virtual School Full Time program.
Lewis says that at the beginning of the course, Russum declared that all religions are fictitious and are products of the “human imagination.” By week four, Russum’s essay assignments became increasingly opinionated, with questions like “Why did Christianity, and its male gods [sic], seek to silence…women?” In another assignment, Russum referred to “Hercules, Apollo and Jesus” on equal footing as “myths.”
Although Lewis has a 3.9 grade point average, she was given “zero” grades on four essay exams because she did not agree with Russum who opined that Michelangelo’s sculptures and paintings communicated that “same-sex relationship is not a sin,” and that Christianity is “the most violent forms of religion the world has ever seen.”
Lewis sought the assistance of Liberty Counsel, a non-profit law firm dedicated to “restoring the culture by advancing religious freedom, the sanctity of human life and the family.”
Liberty Counsel filed a complaint with Polk State College that Russum had discriminated against Lewis by failing her on assignments because of her Christian beliefs and his “pervasive, anti-Christian bias.” Russum also “assaults the sensibilities” of his students by including a close-up image of the penis on Michelangelo’s David and by highlighting other phallic and potentially homoerotic symbols in Renaissance art. “Russum then uses Michelangelo as [a] … stand-in for his own beliefs about homosexuality, stating that ‘in the 16th century, Michelangelo is claiming that being in a same-sex relationship is NOT A SIN and WILL NOT keep someone out of heaven’,” Liberty wrote.
Liberty says that Russum has “forfeited his academic integrity” and should be fired.
The college administration doubled down and defends Professor Russum.
This is the response to Liberty Counsel’s complaint by attorneys Donald H. Wilson and W.A. “Drew” Crawford of law firm Boswell & Dunlap in Bartow, Florida, which represents Polk State College:

[T]he College affirmatively asserts that your allegation of discrimination is baseless, without merit, and absolutely lacking any factual support. The overall fallacy of your position rests singly on the premise that that an instructor should not require a student to consider, discuss or present arguments that are contrary to his/her personal beliefs. Your only substantive allegation with a connection to the college is that the professor allegedly discriminated against your student when he gave her zeroes on four essay assignments…. Your entire letter, which is based upon this hollow and indefensible allegation, legally fails to establish any claim against either the college or its employee.”

In their letter in defense of the college and Russum, Wilson and Crawford also argue that many of the issues Liberty Counsel raised “are clearly intended to be inflammatory, but none of which are evidence of religious discrimination.”
Polk State College also defends Professor Russum’s grading, saying that while Lewis was a strong student when she was on task, she failed entirely to address the question at hand in 4 of 15 essay assignments that together counted for 40% of the class grade (a final assignment counted for 60%). Polk State says that “several other faculty members” independently came to the same conclusion about Lewis’ performance.
Despite Lewis receiving “zero” for 40% of the class grade, she received a final grade of “A” for the class, on the basis of which the College’s attorneys claim that Grace has not suffered any discrimination.
But Kristin Lewis, Grace’s mother, maintains that her daughter “only received that grade after we spoke with the Dean and obtained the support of Liberty Counsel…. Her final paper was excellent; but so were the four essays that received zeros. Why the turn around? Working behind the scenes to give Grace an ‘A’ to make us go away is not bringing resolution to our concerns and it does not insure that this same thing will not happen to other Polk State students in the future.”
According to Liberty Counsel, Professor Russum wrote in an email that Adolf Hitler “wasn’t violent enough.”
On the professor’s Facebook page that has since been deleted after Liberty Counsel intervened on Grace Lewis’ behalf, Russum had posted a photo of Jesus with his middle finger raised in an obscene gesture (screen shot below), with the remark, “I finally have the answer to WWJD.” 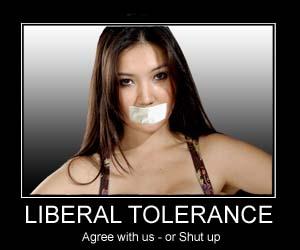 Just like most atheists, russum’s opinion is base more on ignorance and unrealistic expectations of Christian believers. I would agree myself that there can only be one truth, and that most religions are false, works of imagination, or are distortions of the truth. As far as his claim that “Christianity is the most violent forms of religion the world has ever seen”, it proves he has spent no time in the understanding of Christianity. It is true their are many atrocities and acts of violence attributed to Christianity, such as those of the period of the “spanish inquisition”, but no… Read more »

The screenshot of Jesus is not cool. I wish I could unsee that. 🙁

Don’t you want the truth? That’s what Professor Lance “L.J.” Russum posted on his Facebook page, which reveals that he really is an anti-Christ instead of an atheist.

All atheists are anti-Christ’s.

Yes, Dr. E.,, but your description was enough— wouldn’t a link have proved sufficient? No disrespect intended. Honestly.

So Russum said Hitler wasn’t violent enough? That says it all in his very own words. So the college hires profs who would probably be worse than Hitler if they had the kind of power that Hitler had. I pray that Miss Lewis finds herself a good, Christian college–she certainly deserves better than the likes of Polk State (aka Gateway to hell?).

Per Russum, Hitler was not violent enough. Perhaps he would prefer
Stalin or Mao. I suspect that Russum besides being a gay anti Christian, atheist is also a sadist. As a Vietnam combat veteran, I would gladly like to provide Russum with a taste of violence on his person in order to satisfy his
obvious desire.

Reblogged this on SPIRITUAL WARFARE JOURNAL.

It is people like this idiot perfesser that keep lawyers in business.
-Dave

Saw “God’s Not Dead”. It’s available on Netflix. Great movie! My 15 year old grandson told me about it. There’s still hope for America!

Most parents don’t realize how nasty professors on the far left can be. Some courses are nothing more than indoctrination programs in far left politics. Most of them distort history to suit their own agendas. There is no concrete historical evidence that Michelangelo was a homosexual. He was a master in reproducing the male anatomy which the LBGT community no doubt find erotic, but during the Renaissance, the idea was to imitate ancient Greek art. He wrote over 300 poems, the most impressive of which were written for Vittoria Colonna, a prominent female writer, with whom he was in love.… Read more »

As they used to say: “You ain’t just whistlin’ dixie” evh, the whole “gender studies” area is obvious a platform for propaganda, and increasingly it appears colleges/universities do not serve the purpose of imparting life skills, but rather serve to program and condition those attending to the views the college is obligated to espouse in return for state money. The frats and sorors are mostly little freemasonry clones as well, teaching those that get in that “it isn’t what you know, it is who you know”. And people wonder why I never bothered going to college to get those overpriced… Read more »

“And people wonder why I never bothered going to college to get those overpriced pieces of paper and the freemasonic mortarboard hat.” I’m continually dumb-founded by commenters on this blog making these contemptuous generalizations about education and all professors, although the owner and chief writer of this blog is none other than one of those derided and devalued professors, who most certainly learned and greatly benefited from her undergraduate and graduate university studies, worked hard for her 3 degrees, and worked even harder authoring books that inform foreign policy-making and educating thousands of students, many of whom went on to… Read more »

It’s amazing for a group of people who claim to not believe in anything greater than themselves, they defend this stance with all the zeal of fundamentalist Christians or islamics

What happened to this case? I am funing that a college would defend a bigotted, Christian phobic professor who did more than disceiminate–he used intimidation and harassment which makes for uncomfortable learning environment. That’s illegal especially in state school that receives federal dollars.
I had similar experience with Atheist professor who taught Bible class, and although I challenges him in class, admittedly, I was not as brave as Grace and just put on exam that this is what professor says….

Atheist loses lawsuit to remove ‘In God We Trust’ from U.S. currency | Fellowship Of The Minds