Since last August, customs officials in South Korea have intercepted some 17,000 Chinese-made “medicinal” pills filled with powdered human baby flesh, which were being smuggled into the country. 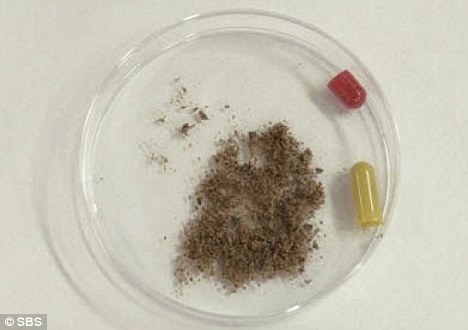 Richard Shears and Rob Cooper report for the UK’s Daily Mail, March 7, 2012, that the capsules are marketed as being a medicinal “cure-all”. The San Francisco Times reported that tests carried out on the pills confirmed they were made up of 99.7% human remains. The tests were even able to establish the genders of the babies used.
Since 1979, China has had a draconian one-child-per-couple population control policy that has resulted in forced abortions up to the third trimester, as well as forced sterilization. China performs 13 million abortions a year; 38% of women of child-bearing age have been sterilized.
Last year, the South Korean SBS documentary team reported that corrupt medical staff in China’s hospitals and abortion clinics tip off drug companies when babies are aborted or delivered still-born.
The tiny corpses are then bought, stored in household refrigerators in homes of those involved in the trade before they are removed and taken to clinics where they are placed in medical drying microwaves. Once the skin is tinder dry, it is pummeled into powder and then processed into capsules along with herbs to disguise the true ingredients from health investigators and customs officers.
There is a huge demand for the “baby pills” because they are thought to enhance sexual stamina. Microwave-dried placenta is also sought after for its alleged “medicinal” benefits. In reality, however, the human flesh capsules contain super-bacteria and other harmful ingredients.
The Chinese have historically consumed human placentas to improve blood supply and circulation. Chinese officials are understood to have been aware of the trade and have tried to stop the capsules being exported but thousands of packets of them have been smuggled through to South Korea.
Health authorities in Asia are concerned that if the powdered fetus trade is allowed to continue the capsules will find their way onto the Internet and be sold to gullible or sick desperate people in other parts of the world.
The discoveries of the contraband “baby pills” have shocked even hardened customs agents who have pledged to strengthen inspections. The South Korean Customs Service is heightening its searches of suspicious packages being brought into the country by travelers from China in an attempt to stamp out the sickening trade.
Chinese newspapers have identified the north eastern provinces as the source of the human flesh capsules, in particular the Jilin region which is close to North Korea. There have been disturbing reports that some babies were those who had perished in China’s notorious “dying rooms” where youngsters are deliberately left to die because they were born into rural families that already had the limit of one child.
A South Korean customs official said that ethnic Koreans from north-east China who now live in South Korea are those who were mostly intending to use the capsules or share them with other Korean-Chinese. The pills are normally brought into South Korea in luggage or posted by international mail.
Despite their disgust at discovering packets of the so-called rejuvenation pills being brought in from China, South Korean officials have refused to confirm where the babies came from or who made the capsules. Sources said this was because they were not prepared to create diplomatic friction with Beijing, preferring to leave it to Chinese officials to do something about the horrific trade in powdered babies. 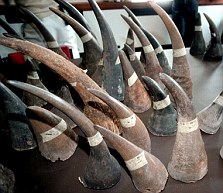 The smuggling and sale of “aborted baby pills” are fueled by a huge demand among Asians for alternative Chinese remedies. Studies have found that other Chinese-made “alternative medicines” contain traces of endangered species, such as rhinoceros horn, black bears and antelope.
Despite the claims the “cures” can treat everything from broken bones to headaches, there is scant evidence they actually work.
+++
Chinese and other Asians who produce and purchase the “aborted baby pills” apparently have not heard of something called Viagra.
And before we Americans get all righteously outraged and nauseated, we’d better take a look at ourselves — at how aborted human fetal tissue is used by American pharmaceutical, cosmetics, and food companies. (See my post, “Aborted human fetal cells in your food, vaccines and cosmetics.”)
H/t FOTM reader Richard T. Fowler
~Eowyn
Please follow and like us:

With a lot of our food coming from China and other Asian countries these days, it makes you wonder what we are eating.

There must be a special place in hell for people like this. This story reminds me of their “baby soup,” where they used aborted babies, pretty much all female since they don’t value girls, and eat them in a soup.

Horace just gave me something to think about. This must stop in both Countries-now.

Made in China: Aborted babies soup |