Chick-fil-A CEO and son of founder ‘shines’ shoes of black rapper; says whites must repent for their racism

Conservatives and Evangelical Christians long supported Chick-fil-A because its founder, the late S. Truett Cathy, ordered that his restaurants be closed on Sundays to allow employees to attend church and spend time with their families. Chick-fil-A also donated to charities that supported the definition of marriage as between a man and a woman, which enraged the Left. LGBT activists declared a boycott of the restaurants which was countered by supporters of Chick-fil-A who showed up en masse to dine in the restaurant chain.

But that was then.

Now, Dan Cathy, 67, the super-woke chairman-president-CEO of Chick-fil-A and son of the late Truett Cathy, with a net worth of $6.6 billion, is prostrating himself before the Black Lives Matter movement by “shining the shoes” of a black rapper and calling on whites not only to repent for their racism, but “put words to action” by expressing their contriteness by shining black people’s shoes.

Beginning at the 32:32 mark in the video of the roundtable, Cathy spoke of a Chick-fil-A restaurant being burnt to the ground and a dozen other restaurants being vandalized by “protesters,” then he said:

“I know as Caucasians we can point fingers at the looters and those that were causing vandalism…. But my, my, my plea would be for the white people, rather than point fingers at that kind of criminal effort, would be to see the level of frustration and exasperation and almost a sense of hopelessness that exist among some of those activists within the African-American community that are so exasperated. I just hope we can feel some level in this moment. There’s got to be some emotional response of understanding how exasperated and how hopeless people are feeling at this point….

[39:25 mark] I invite folks just to put some words to action here, [Cathy walks over to rapper Lecrae] and if we need to find somebody that needs to have their shoeshine, we need to just go right on over and shine their shoes. [Cathy then cleans Lecrae’s tennis shoe and gives him a hug.] …Any expressions of a contrite heart, of a sense of shame, a sense of embarrassment begin with an apologetic heart. I think that’s what our world needs to hear today.”

Guess he’s entitled to his opinion. But don’t tell me what to do. Bad move that will guarantee I’ll go in the opposite direction.

It’s been months since I ate at CFA too; I think the last time I was there was late 2019 or early this year. I supported them because they STOOD for something; they stood for old fashioned, American values; they stood for Americana! Now that they stand for the woke, I won’t be going out of my way to eat there anymore… 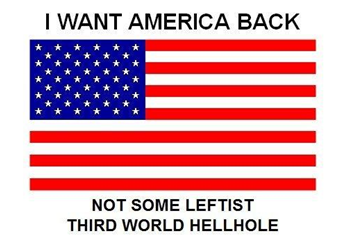 the truth of god
Reply to  MarkyMark

i agree 100% has big business sold their soul to the racist radicals so they won’t burn down their store? are there any people with any morals left who don’t change their beliefs like their underwear and give in to these puppets of the NEW WORLD ORDER

Some cultures are better than others.
Nuff said.
You can die now

I used to patronize CFA regularly after they caught flak for supporting traditional marriage. Remember those lines around the block? Well, I’m DONE! I won’t be going out of my way to support CFA anymore. I won’t say I’ll never, ever go there, as they might be my only option for food. That said, I’ll exercise other options whenever possible; I surely won’t go out of my way to eat there like I did for years…

Never had the chance to try Chick. Now I will NEVER try it.

Maybe they should change their name to Dick Fillate.

As Reported: Opinion- Chick-Fil-A’s, Dan Cathy Assumes White Christians Are Racists; Asks Them To Repent…***WHAT A BUNCH OF CHICK-FIL-A-OF CRAP   Mr. Cathy,  For someone who appears so amicable and “Family-like”, you make it extremely difficult for the simple American to Email you. How come??…Does conversation (that you can’t control bother you)??….*Anyway, I hope one or more of these E-mails seeks your attention, and awakens you to your Breach of Faith. It appears that in your FEEBLE attempt to embrace one Brother, you Threw your other Brother under your “Bus” of pandering & disdain.   ….You have done GREAT harm to your reputation,… Read more »

Add them to the list.
Target
Dick’s
Sonic
to name a few.
I don’t boycott anybody. The list would be too long.
I just buy from what I view as a “approved conservative capitalists” list. Much shorter and eaiser to remember.

May be he could buy a little more protection by adding free watermelon with every order.

Who was it that said, “Those who bite the hand that feeds them will lick the boot that kicks them.”?

What about black people who hate white people, I guess that’s ok then since they’re ‘oppressed’ like President Obama was, and all the African Americans who have good jobs in the USA are also oppressed too? Thanks, Affirmative Action!

you got to be kidding? there is not a person alive today. are we to pay for the sins of our father? i will not eat at that place.