And the mayor, Rahm Emanuel, was up for re-election and buried the information. The corruption runs deep in Chicago…

Laquan McDonald was shot on October 20, 2014 by Chicago Police Officer Jason Van Dyke 16 times from about ten feet away. McDonald was a 17-year-old black male armed with a knife. Video of the shooting, captured on one police cruiser’s dashboard camera, was released to the public on November 24, 2015—over 13 months after the shooting and only after several independent investigators demanded release of records. Van Dyke was charged with first-degree murder a few hours after the video’s release. After turning himself in to authorities, he was initially ordered held without bail but released on November 30 after posting bail.
Mayor Rahm Emanuel claims he never saw the video showing the officer shooting. You believe that?
Now we find out that after meeting with Mayor Rahm Emanuel, city lawyers offered the McDonald family $5 million in hush money – to bury the video.
The good mayor is lying: TownHall.com reports that new emails obtained by the Daily Beast show that city attorneys demanded that the McDonald family bury the dash cam footage. They also offered $5 million in “hush money” prior to the 2015 mayoral runoff. And guess when this happened? After they briefed the mayor.

The Beast also said that the emails showed the McDonald family agreed to keep the video buried. I guess $5 million is the going rate for “hush money” in Chicago.
From the emails (via Daily Beast):

City of Chicago lawyers, after meeting with Mayor Rahm Emanuel, demanded the Laquan McDonald family bury the video showing the killing of their son by a police officer.
Emanuel said last month that Stephen Patton, Chicago’s corporation counsel, briefed him “towards the end of March” about what the dashboard-camera video showed and about the proposed $5 million settlement with McDonald’s estate.
[…]
Emanuel had maintained since McDonald’s death that he has never seen the dash-cam video, but the emails prove the mayor knew exactly what the footage showed when city lawyers negotiated a deal that would at least delay the video’s release. Attorneys for McDonald’s estate sent Platt screenshots of the video and a detailed description
[…]
Emanuel’s lawyers were offering $5 million in hush money to keep this hidden just weeks before the runoff election. And the biggest part of the deal—that McDonald family attorneys agreed to keep the video to themselves until criminal proceedings were concluded—just so happened to be inked the day after Emanuel was re-elected.
[…]
…[T]he City Council voted unanimously to approve the $5 million settlement in just 36 seconds. Emanuel banged a gavel to mark the approval and the end—or so he thought—of the greatest threat to his mayoralty.
Emanuel’s lawyers were offering $5 million in hush money to keep the video hidden just weeks before the runoff election.
Emanuel wrote in a December op-ed in the Chicago Tribune that the settlement couldn’t be part of a cover-up because it was the McDonald family’s attorneys who approached the city wanting to settle. What was not mentioned by Emanuel is that those same attorneys first rejected, then somehow agreed to, the city’s desire to bury the video until criminal proceedings had been completed.
[…]
But the settlement agreement never required the McDonald family’s attorneys to hold the video until an investigation was completed. Instead, over the objections of the McDonald estate, Platt and the city pressed for language that would keep the video hidden far beyond the end of investigations and until as long as a criminal trial was concluded.

Not only do the emails show the effort to cover up what really happened to Laquan McDonald went to the top of the Emanuel administration, they also show the mayor’s office was pulling strings at the Independent Police Review Authority (IPRA), which, as its name indicates, should be independent.
The Associated Press reported that there was coordination between the mayor’s office, the police department, and IPRA during this investigation. The Laquan McDonald incident has proven to be the biggest threat to Emanuel’s political career–not to mention an issue that could also torpedo his personal reputation. Forget the ethical issues with “pulling strings” on a law enforcement investigatory board, it’s becoming increasingly clear that the paper trail suggests the mayor’s office knew this event could sink Emanuel’s re-election prospects.

There’s a bill proposed in the state legislature to set protocols for a recall election to remove a Mayor of Chicago. Don’t hold your breath that this will actually change anything. After all, they don’t call it “The Chicago Way” for nothing.
h/t josephbc69!
DCG

The more things change, the more they remain the corrupt same in Chicago.
Excellent post, DCG!

The Chicago Way has 2 more notorious politicians BHO and Hillary, I see a criminal pattern that no one is ever held accountable. Rahm has learned by the best! So is 5 million now the going rate for families who lose a child to a cop shooting? Freddie Greys family got the same 5M in record time. Trust me if this sets a pattern we could see a trend, pray we don’t.

It’s important to note that it’s the taxpayers who are paying this “hush” money. Rahm is not paying it from his personal family fortune.

How do you spell “totally corrupt” using only one word?
C-h-i-c-a-g-o. There, see how easy it was! 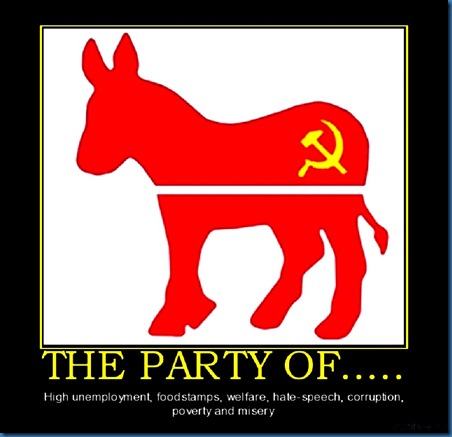 I’ve seen the video. I’m still wondering how a person can get shot 16 times and have no blood anywhere on the ground.

Here’s the video taken by a police car’s dash cam. Most of the video shows the police car speeding through city streets to the incident. Footage of Laquan McDonald begins at around the 5:15 mark:
https://youtu.be/1Zz03rvyhIk?t=5m10s

I watched it again and saw no blood….how can someone receive so many bullets to their body and blood doesn’t pool from the body while it is on the ground?