Yesterday morning, April 18, 2020, Bill Kirby, mayor of Auburn, CA, a city of about 13,000 residents located about 33 miles northeast of the state capital Sacramento, was killed in a small plane crash near Auburn Airport.

Five days before, on Monday, April 13, Kirby announced he would resign as mayor after outrage erupted over his comments on Facebook calling Trump supporters members of the racist Klu Klux Klan. In a Facebook post, Kirby shared a photo of a Ku Klux Klan hood, with the caption:

Good news for Trump supporters is that most of them already have masks.

The post was later taken down, but not before it had gone viral.

During a Zoom virtual city council meeting on Monday, which was broadcast live on YouTube, while admitting that some of his recent Facebook posts were over the top, Kirby tried to justify his demonization of Trump supporters.

A physician by occupation, Kirby said that he was frustrated as a doctor because he put his life on the line against an invisible enemy, the Wuhan virus, but without the proper PPE (personal protective equipment like face masks) and testing capabilities. Blaming President Trump, Kirby said Trump “has put us all at risk,” never mind the fact that if it were not for Trump’s January 31 travel ban on China — for which Trump was called racist — the toll of COVID-19 would have been much, much worse. See:

In a fit of self-pity, Kirby said: “I spent 40 years dedicating my life to serving the community of Auburn as a physician and through my volunteer efforts. Am I perfect? No. We’re all a little flawed.”

He concluded his statement by saying he would resign as mayor at the next council meeting on April 27, but that he had always intended to resign before his term expires in November.

City Councilwoman Cheryl Maki noted that Kirby had not really apologized. Maki said: “And this is how I feel: I abhor the things that he has said and done and I did not hear an apology from him tonight. I think it would be appropriate if you would hand the gavel over to Vice Mayor Spokely this evening and let him run the meeting.”

During the meeting, the city council and the public heard a string of voicemails that the council had received from residents infuriated by Kirby’s Facebook posts. As examples, one voicemail said Kirby’s “comments are hateful, degrading, bigoted and more consistent with the mentality of a 15-year-old,”  while another said, “It is extremely disappointing and I believe that he should be removed.”

One voice mail, however, defended Kirby: “I just wanted to call in support of Dr. Kirby. I completely, 100% agree with his assessment of the president.”

The plane crash is being investigated by the National Transportation Safety Board and the Federal Aviation Administration.

THAT was very inspiring for me. Thanks for posting it,Mary!

Is this the one — a revival via Trump and the Hebrides Bible?
https://www.youtube.com/watch?v=PyV0Z3P-YjE

What was he doing out enjoying himself? I thought there was a stay at home order to be enforced?

That rule is only for us serfs.😇

Dang, had to google her. Bizarre ending to the woman who produced Obama’s HI birth certificate:

“…was wearing a faulty infant life vest, the NTSB says in a new report.

State Health Department Director Loretta Fuddy died in the water, and her cause of death was listed as an irregular heartbeat triggered by stress.”

Sorry I missed this until now, Cogito, but can’t hold back from noticing—Most everyone involved in Obama’s un-vetted background are mysteriously dead–some just from age/circumstance, like his genetic father, his mother, the maternal grandparents who raised him. But then, there are others: the two who tried to get his passport/ citizenship details while he was running for President; the MD who “signed” his birth certificate; the Gay choir director at his church, and not ONE HS or college professor remembers him…and not ONE HS or college friend or “girlfriend” or acquaintance has EVER come out with even a minor anecdote… Read more »

Maybe President Trump is starting his own Trump Body Count – still has quite a ways to go before he catches up to the Clintons!

The deceased mayor failed to realize that the KKK was most likely comprised of Democrats.

He’s going straight to hell on his crazy plane!

I have to admit, I fell asleep chuckling gently to myself after seeing this headline before bed. I’m a bad, bad boy… Karma’s a b!tch.

Thankfully, now on CSpan they have Gov.s Whitmer and Pritzker to tell us what’s really going on. Brought to you by WAPO and little Bobbie Costa.

Gov. Whitner informed me that parents protesting at her statehouse were actually (GASP!) handing things to their children without even wearing gloves!!! The intolerables!

What the hell does she think they do while at home? 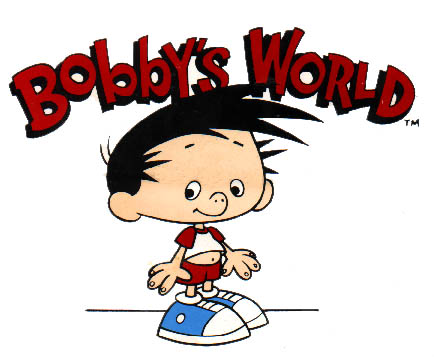 Sorry if anyone missed that reference.

I won’t dance on his grave. God would be very displeased if I did. But we all should live in the fear of the Lord.

Schadenfreude: it’s what’s for breakfast. Oh, and the Trump Curse is a real thing — thank God.