Because when it comes to understanding net neutrality, the “home of the Whopper” is the first place you think of as your go-to expert.
From Fox News: Never hesitant to share their true feelings, Burger King has called out the Federal Communications Commission’s repeal of net neutrality in a new commercial, explaining the somewhat-confusing decision via Whoopers.
In a spot published to YouTube and shared across the fast food chain’s Facebook, Twitter and Instagram pages Wednesday, the fast food chain has rolled out a fictional spoof illustrating what would happen if the company repealed BK’s faux-equivalent of net neutrality with “Whopper neutrality.”
Customers grow increasingly outraged as they realize that their Whoppers will be prepared in accordance with how much they pay for “MBPS,” or “making burgers per second.” A Burger King staffer explains that “slow MBPS” costs $4.99, which “hyperfast MBPS” will produce their meal for $25.99.
“Are you kidding me? You paid $26 for a Whopper?” one disgruntled customer asks another, to which the cashier replies “He’s higher priority, so…”
A company executive from Burger King confirmed that they are proud to make their first public stand for net neutrality.
“We believe the Internet should be like Burger King restaurants, a place that doesn’t prioritize and welcomes everyone,” Fernando Machado, Burger King’s global chief marketing officer said via press release. “That is why we created this experiment, to call attention to the potential effects of net neutrality.”
“This effort aims to help people understand how the repeal of Net Neutrality will impact their lives. The Burger King brand believes the Internet should be like the Whopper sandwich: the same for everyone,” BK further elaborates in the video description on YouTube.
The clip closes with Burger King’s royal King mascot drinking out of an oversized Reese’s Peanut Butter Cup mug, just like the one that FCC chairman Ajit Pai has caught heat for using.
Though Business Insider notes that the repeal of net-neutrality rules have not yet officially gone into effect, it should come has no surprise that Burger King is speaking up, as their longtime tagline was “Have it your way.”
See also:

Reblogged this on kommonsentsjane and commented:
Reblogged on kommonsentsjane/blogkommonsents.
Shows total stupidity if you pay the high price. You can go to McDonald’s and pay $1.00 for a hamburger without all of the mess – just meat and bread. It might be higher in some parts of the country. Eat one of those burgers and an apple pie and you are “good to go to work.”
kommonsentsjane

Nothing like a Chicken Caesars salad or a meaty hamburger, everything on it at Fuddrockers, onions, mushrooms, you name it, and a cold Sam Adams, and you can jump for joy, no cooking, no dishes -Happy camper I am!

Looking up the somewhat tortured history of Burger King, the 3rd-largest fast-food company in the world, I discovered that the parent company is Canadian-based Restaurant Brands International (RBI). RBI also owns Popeyes and Tim Hortons.
https://en.wikipedia.org/wiki/Burger_King
The chairman of RBI is Alexandre Behring, a Brazilian.
https://en.wikipedia.org/wiki/Alex_Behring
The CEO of RBI is Daniel Schwartz, described as a “Wall Street prodigy” who took over Burger King when he was just 32 years old. Before Burger King, Schwartz had no restaurant experience.

Dr Eowyn . . . . I hate to say it, but this appears to be the kind of guy we would see wearing a bowtie. He may be prodigy, but if we judged on appearance along . . . I would not trust him to fix a burger for me. For a company that is run by foreigners, what exactly is their big gripe in the USA repealing Net Neutrality? Just as a matter of fact, I always hate when ANY COMPANY feels they should wade in on political questions. I really hate it, to the point where I… Read more »

By the way, the deceptively-named net “neutrality” actually means government regulation of the Internet. This means that Burger King, like all Big Government-loving liberals, wants government to “regulate” the Internet.

Yes, bureaucrats can ban anything they don’t like then.

I guess BK is throwing in the towel on “Have It Your Way”. WTF does selling hamburgers have to do with how much one pays for internet? Frigging communists. BK has worked because it sells the public what it wants. Political comments aren’t going to make their burgers or service any better. And if they think this will attract customers, they really need to see who’s buying their burgers. They might find out that it’s a lot conservatives….with jobs…. unlike the idiots living in their parent’s basement, lazy with no money to spend on high-speed burgers. I say bring on… Read more »

The “thought leaders” telling businesses that progressivism makes money with their audience are the same ones who said Hillary would win. Anonymous . . . . the “thought leaders” have had their panties in a twist ever since the day they were proven to be idiots, by the American voters stepping out of line!

She did win but Trump was appointed.

You poor low-information voter. Clearly, you have no idea what and why we have the Electoral College.

Dr Eowyn . . . . Thank Heavens you weighed in on this one. The founding Fathers with deliberate intent created the electoral college so that we would not be in the position that just a few states with huge amounts of people would forever be the ones’ who decide who governs the country.

Excellent, Auntie Lulu! That is also our Founding Fathers’ reason for two Senators for each state, no matter how large or small its population. The objective is to avoid/prevent what the Founders called a “tyranny of the majority”.

They must not be teaching “civics” or “social studies” any longer. The new scam to counter the electoral college is the shipping illegals to districts where communists are under-represented.
This is continuing as we speak. These “Social Engineers” are going to wrest control any way they can. That usually involves stealing.

The shame on the American educational system is that MANY* don’t actually understand in the slightest how we elect our representatives, or that such elections make us an Representative Democracy, not a “true” Democracy, which is why we DON’T always get what we want, and can’t just riot and demand what we want (when we lose a vote) to get it… *(and that includes, apparently, many in the MSM-press reporting it.) And why the young and ignoble who want things easy, fast & free don’t have the power to get things their way just because they “own” urban areas. A… Read more »

“A map of the 2016 POTUS elections detailing how counties voted proves that. “

Whatever helps you get through the day…
Buckle up, three more years to go!!

“Thought Leaders”? What an innocuous term for change agents. If a person truly loves liberty they have no desire to coerce others to some formulaic ideology.
ALL of this sort of thing is about CONTROL. That, by its nature, is antithetical to liberty. Look at the new Maoists. They have no tolerance for any deviation from their supplied script whatsoever. They want total conformity.
I suppose all of this demonstrates the power of mind control.

YouKnowWho . . . . Bravo! Well said. I could not agree more. I certainly agree with . . . “Resist government control of the most equalizing technology ever conceived.” Frankly, I think that the whole idea of “Net Neutrality” was actually to limit the free speech of conservative minds . . . the libtards will do anything to further those ends.

Well Lulu, my suspicion is that, if it were something good, they would have named it something understandable. Whenever they use a buzzword or a catch phrase, it is to obfuscate. If you are pushing something really beneficial, why obfuscate it?

Way to kill your brand. Every business has decided that politics somehow matters in selling product. Same as Target, Kelloggs and others. These marketing fools wreck their companies, get huge bonuses and regular employees pay the price.
Done with BK. Not healthy anyway, but sometimes used for a fast food fix. No more.

I thought their commercial was pretty clever and funny. I stand against controlling internet speed through how much we pay,because I can’t AFFORD the 26 Buck Whopper! That doesn’t mean I don’t need that speed.

So their politicizing fast food absolutely ridiculous. Loved and lived on whoppers in the mid-nineties for .99 cents each.

Ah, I remember when football fetchers fetched footballs, burger jockeys slung hamburgers, and half-witted, big-boomed Hollywood bimbos talked about hair products. Now they’re all “political scientists”.
They have their machine running full speed to get anyone directly or indirectly connected to them to push for the New World Odor. They want us all to think we have to make a “choice” with everything we do.

I recall the days when I fought for Net Neutrality. It was very sly what they pulled. Most of us believed what we were told, that the Net Neutrality would simply be a sort of “bill of rights” for the internet. But that was well before my awakening and I had never heard of Soros, let alone realized I was helping hand him and the Deep State control. Not that they don’t already have it… As for burger king, all I will say is the local branch, which I hardly ever visited, had a Bible verse, a Psalm, up right… Read more »

Hold the mustard, hold the pickles, hold the politics. I remember when employers were keen to avoid politics. After seeing this I won’t be buying anything from them anymore.

lophatt . . . . Now if we could just convince more people to react in that same way! I’m right there with ya. 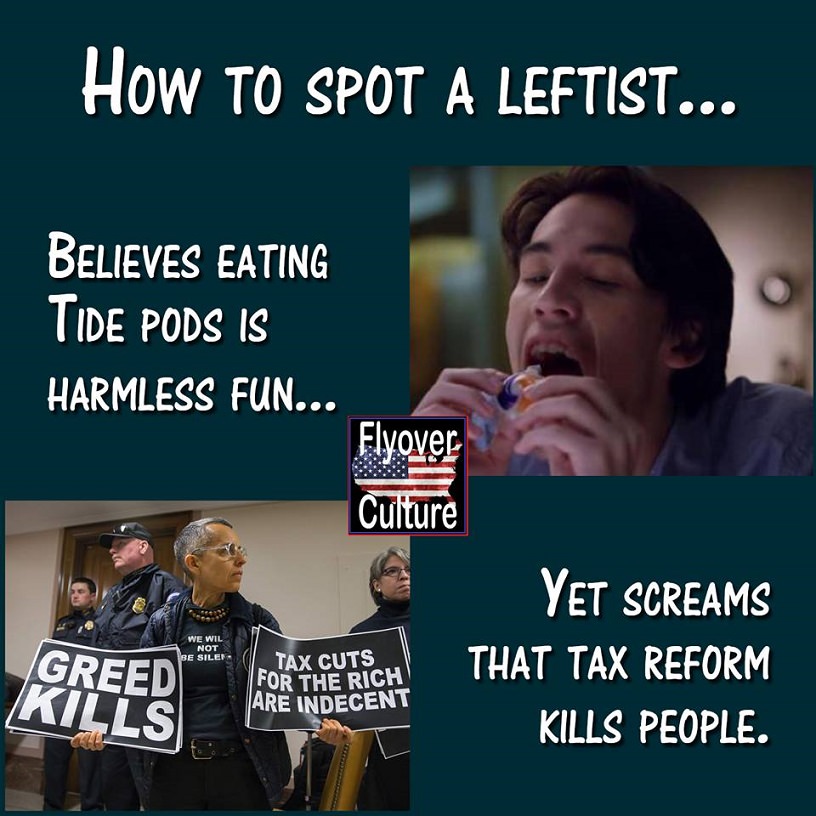 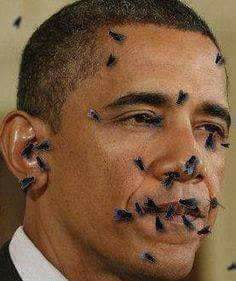 Just couldn’t help myself. We may be seeing more of him with the memo coming out.

“Net neutrality” was total lefty biased bullsh*t, and these stoopid goobers know it.
The Net can regulate itself just fine without any goobermint interference, as it proved long before Ogooma the Kenyan witch doctor got the feds involved.

The original fear was that lobbyists wanted to start charging people for which sites they visited, or create lag times for sites not popular, like, say THIS one. The spirit of those of us who fought for Net Neutrality was patriotic. But we were naive, and the alternatives presented to us seem little different from now. Money can be made. It will be, eventually. The government and its internet branches, the capitalist crony entities known as AT@T, Comcast (Lord have mercy it’s the worst of the bunch by far!) Time Warner, and all the rest, will do it the moment… Read more »

Type-O I mean Crony Capitalist. Supporter of real capitalism here! But what we have now is more like socialism with a cute sugar coating… hence the “crony” part, yes?

“Net Neutrality”. A New-Speak way to say, “We demand 200mbps (to now gigabit) Internet access speeds, in order to concurrently stream multiple 4K videos and play non-stop hours of VR, 3D games on our $1,000 iPhones, and the only way we can get the ISPs to provide it to us without charging us $1,000/mo each is if EVERYBODY else is forced to pay $100/mo while generally needing/using just 10-30Mbps for typical web browsing, email, the occasional 720p video, etc.” It’s just more socialism. We pay so they can play. My Internet rate just went up to that advertised for 100mbps… Read more »