Demorats Against Citizens of America.

From NY Post: A Brooklyn councilman is pushing a bill that would prohibit the city from contracting business with entities enforcing federal immigration laws.

The City Council’s Immigration Committee on Thursday will hold a hearing on the bill introduced by its chairman, Brooklyn Democrat Carlos Menchacca.

The councilman introduced the measure in response to the Trump administration crackdown on illegal immigrants, but sources said even the left-leaning de Blasio administration has some reservations.

Bitta Mostofi, commissioner of the Mayor’s Office of Immigrant Affairs, is expected to testify.

Eric Phillips, a spokesman for the mayor, said the administration “support[s] the goal” of the bill but is “working with the Council to figure out how best to achieve it without affecting our city’s security.”

He declined to specify how security could be affected by the bill.

The legislation, if approved, would apply to existing and future contracts and prohibit the city from providing “goods or … services” in exchange for payments “to entities engaged in immigration enforcement.”

City lawyers are reviewing which current contracts fall under the bill. One that would be affected is a $112,000 contract NYPD has with ICE through February 2020, which allows the federal agency access to a police firing range, city official said.

Council Speaker Corey Johnson said he’s reviewing the legislation and is “looking forward to the hearing.”

“One thing I already know is that ICE has no place in our city ripping immigrant families apart,” he said.

Maybe its just me who finds stuff like this unbelievably strange. How can any government, city, state, county, pass a “law” that violates federal law? If a government is part of a confederation that agrees to abide by federal law, how can they simply decide not to enforce it? That would make their officials liars and in violation of their oaths of office. There are many laws that are unpopular. Any of us who decide to ignore them are at risk of the consequences of doing so. Maybe that’s the point that’s missed. You have an absolute “right” to ignore… Read more »

In 1890 the Superintendent of the US Naval War college was Capt. Alfred Thayer Mahan. His niche in history is that he authored a little book titled “The Influence of Seapower on History” which turned out to be very popular and influential within the ranks of professional naval officers. Kaiser Wilhelm II, who reportedly kept a copy on his bedside table, ordered that the officers of his Kreigsmarine read it. One of the topics Mahan discussed was the concept of a ‘fleet in being’. This was the idea that just the possession of a large, powerful, efficient naval force was… Read more »

He needs a shot of this: 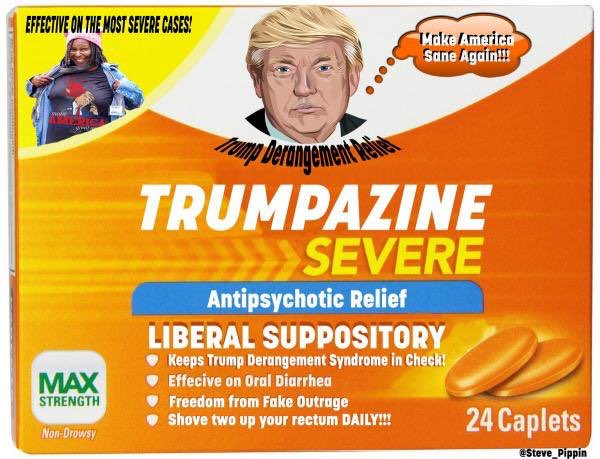 Hey Carlos, you inbecile, the only frozen ice is the cubes in my refrigerator, the agency, I.C.E., protects us from the hot headed criminals that have illegally entered the US, take a walk around an alley in New York, I hope you have a “warm” reception when you meet a gang.

Is all this not an expected message from the increasing number of illegal alien names inhabiting so many elected offices? The interests and values of the true U.S. citizens are being lost in the senseless melee.