The good mayor would be way more popular if it wasn’t for you-know-who.
From NY Post: Mayor Bill de Blasio claims he’s running the city so well, “you’d assume they’d be having parades out in the streets” — and insisted he’d be more popular if it weren’t for “the time in history.”
“When I think about how crime’s gone down for four years, graduation rates up, test scores are up, more jobs than ever in our history — I think, ‘Wow, just that quick profile, any candidate anywhere would want it,’ ” he boasted to New York magazine.
“You’d assume they’d be having parades out in the streets. But that’s not the time in history we’re living in,” he added.
De Blasio’s job approval rating plummeted over the summer to a 50 to 42 percent margin, according to a Quinnipiac University survey released in late July.
New Yorkers are split — 46 percent to 46 percent — on whether he deserves a second term, the poll found.
The mayor admitted he had made “missteps” and had “insufficiencies as a communicator” — but said New Yorkers were simply taking out their frustrations with the current economic climate on their leaders.
“The Great Recession, specifically, but really the decades of people being economically stagnant, deeply affected people’s views, understandably,” de Blasio said. “And the increased cost of living around here.”
Seemingly responding to a Post report about him being a bully of a boss, the mayor took issue with criticisms of his “management approach.”
“You don’t achieve all those things without managing the hell out of the situation,” de Blasio said.
As for the investigations into his campaign fundraising, Hizzoner said “everyday New Yorkers” are far more concerned with the issues that affect their lives.
“Some political insiders, maybe they’ve come to certain conclusions,” he said. “But for everyday New Yorkers? They didn’t see anything wrong, and they’re right, because there wasn’t anything wrong.”
But the vast majority of New Yorker voters — 78 percent — believe he should raise his own money to pay for the lawyers who represented him during the probes — and not take the funds from taxpayers, the Quinnipiac survey found.
De Blasio initially said he would raise the $2 million to cover his legal bills, then announced in June he would have the city taxpayers pay for it.
Asked whether the New York Times was determined to prove he was corrupt, de Blasio declared, “I think there are some in the media who are having trouble letting go.”
He pushed back against media reports about his regular jaunts to his old gym in Brooklyn — again saying regular New Yorkers just don’t care. The trips from Gracie Mansion to the Park Slope YMCA require two gas-guzzling SUVs.
“Everyday people do not raise that concern to me, ever,” de Blasio said. “If the worst you can say about someone is he goes to the gym, that’s a pretty good situation in today’s world.”
The mayor directed some of his media ire squarely at The Post, saying it is primarily to blame for the “tabloid culture” that got Donald Trump elected president.
He said The Post and its parent company, News Corp., “provided Trump not only the platform but the language and the approach.”
“He riffs off them, they riff off him,” de Blasio said.
The mayor predicted that the backlash against Trump, whom he called “spoiled” and “profoundly racist,” would be the “death knell for tabloid journalism.”
“They’re not going to be around too much longer, in my opinion, but for a brief and sad moment, that negative, hateful, divisive tabloid culture, the same culture that vilified the word liberal, effectively, became too ascendant. It’s now crashing on the rocks,” he said.
De Blasio also addressed his ongoing feud with Gov. Andrew Cuomo, conceding that some of their beef was personal. “I’m saying some of this is structural, some of this is ideological, some of this is just naturally what happens when people disagree on an issue,” the mayor explained.
“Yeah, we do have a long personal relationship, and that’s a component.”
The mayor declined to discuss whether he would endorse Cuomo for re-election.
“I’m talking about this year. I’m in a mayoral election this year,” he said. “That’s what we’re talking about.”
DCG

For once I agree. All the way to the gallows!

I just wish the voters of New York City would see the light and send this Bozo packing. Just the fact that he forced the taxpayers to pay his legal bills is outrageous. What more do they need to make a sound decision for their city?

AUNTIE LULU, it’s ironically funny that you called him a “Bozo” since that photo of him really does make him resemble a [Link:) tall clown.
~ D-FensDogG
Ferret-Faced Fascist Friends

What a delusional narcissist!

The ONLY parade Kaiser Wilhelm deserves is one to the New York State Psychiatric Hospital at Creedmore!!!
HEY, JERK: Parade yourself off the Empire State Building!!!

Probably ought to watch comments like that-if he does reach the ground without benefit of an elevator,you could get arrested for telling him to do it.
Of course,by saying JERK,it MIGHT be hard to prove HE was the one you were talking to,unless they took it in context,which the Courts fail miserably at.

I never identified him by name. Besides, he won’t do it! He doesn’t know where the Empire State Building is!

Actually, I think komrade de Blowhard actually does deserve a parade.
He should be frog-marched to the nearest airport and given a one-way ticket to North Korea.

This incubus of a Mayor overturned the will of over a 100,000 NY’ers demanding a new 9/11 investigation. His gang claimed they had more important things to be concerned about. F this scumbag and his treasonous bootlick arseholes.

DeCommio is the perfect mayor for that cesspool in NY.

What he wants to do with NYC: 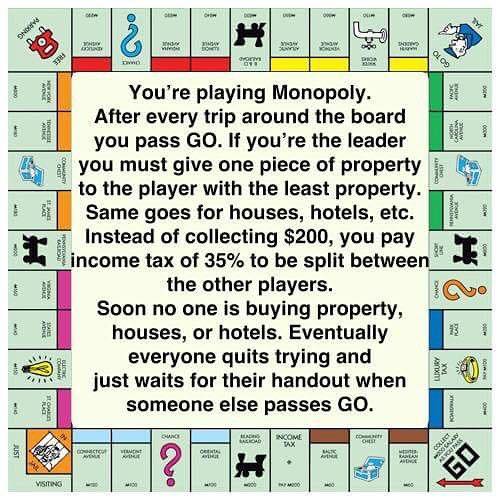 Yeah, that’s what Maggie Thatcher meant when she said, “the trouble with Socialism is that sooner or later, you run out of other people’s money”.

IT’S OVER NYC MAYOR BILL DEBLASIO FACES CRIMINAL CHARGES! HE DOES SOMETHING SICKENING AS REVENGE!
https://www.youtube.com/watch?v=LvD3kYe-t38

Whoever was reading the article sounds like Rosanne Barr with her head on straight….

Yeah, hey should have a parade when he goes to jail!

Here’s the entire article at NY Rag — He and the mode of questioning by the interviewer is denigrating to President Trump: https://nymag.com/daily/intelligencer/2017/09/bill-de-blasio-in-conversation.html Here’s one Q&A about DACA: You’ve been a consistent voice in support of DACA.Deferred Action for Childhood Arrivals: an Obama policy that gives work permits to undocumented immigrants who came to the U.S. as children. The president seems to be moving toward canceling it and deporting hundreds of thousands of people. Will you scrub the IDNYC database to protect Dreamers? “On all new IDs, since the beginning of the year, we do not keep paperwork that could… Read more » 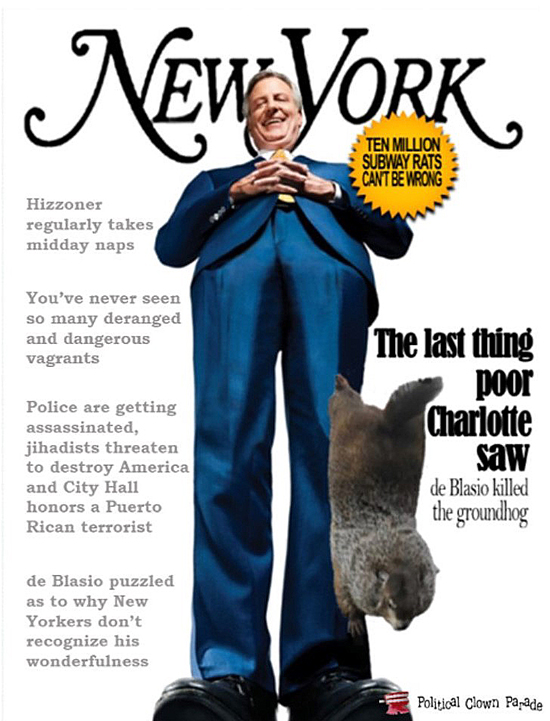 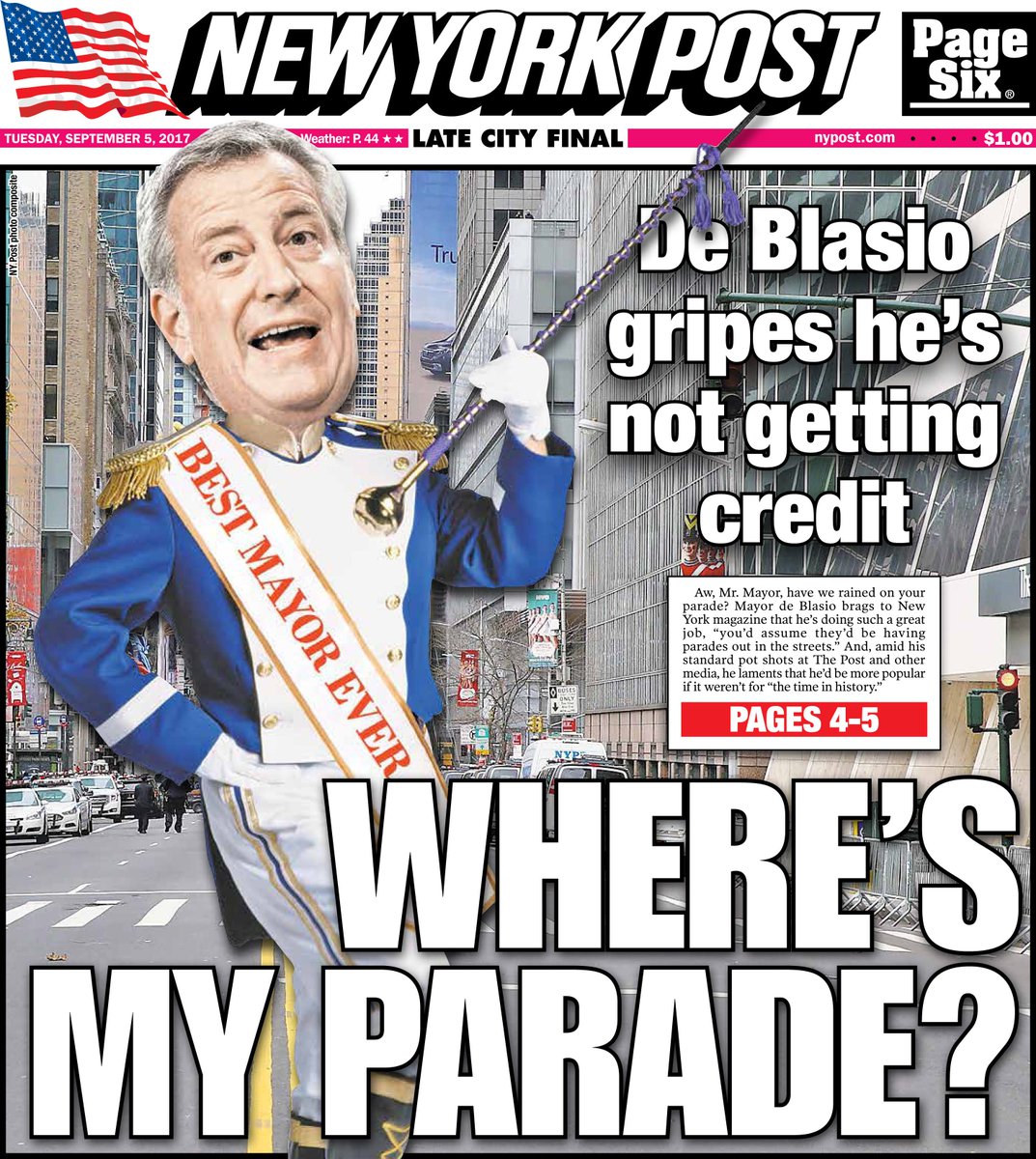