Remember that “slippery slope” we warned you, about what would happen if homosexual behaviors and homosexual marriage are “normalized”?

Madeleine Martin, an animal protection officer, told the Frankfurter Rundschau that current laws were not protecting animals from predatory zoophiles or bestialists who are increasingly able to turn to bestiality as a ‘lifestyle choice’.

She highlighted one case where a farmer in the Gross-Gerau region of southwest Germany, noticed his once friendly flock of sheep were beginning to shy away from human contact. So he rigged a CCTV camera in the rafters of his barn to discover multiple men sneaking in during the night to sexually abuse his beloved livestock.

Armed with a host of similar case studies, Martin is now calling for the government to categorically ban bestiality across the country.

Last November German authorities said they were planning to reinstate an old law forbidding sex with animals after a sharp rise in incidents of bestiality along with websites promoting it. Parliament began debating changes to the national Animal Protection Code with the agricultural committee of the Bundestag pledging fines of up to £20,000 for a first offense.

Bestiality dropped off the statute books as a crime in 1969 but in recent years the number of people believed to be participating in such acts has increased significantly. When the 1969 law banning sex with animals was banned the Animal Protection Law was introduced, but it failed to include a specific ban on zoophilia.

German zoophile group ZETA has announced it will mount a legal challenge should a ban on bestiality become law. “Mere concepts of morality have no business being law,” said ZETA chairman Michael Kiok.

Here’s a picture of bestialist Michael Kiok and his dog, Cessy, from the ZETA website. Poor Cessy….

Where’s the outcry from PETA? The Humane Society? SPCA?

Your silence is deafening!!!

This makes me nauseous, and it’s bad enough someone wants to participate in deviance but then they openly promote it and show their faces in public! There are a lot of wrong selfish things that I can imagine being inside the person’s head, but not this gross unnatural mess.

Hopefully this ” animal lover ” will stay on the train tracks long enough to experience the feeling that poor dog is subjected to .

Oh dear God I feel so sorry for the dog!

Absolutely sickening! It is no wonder why the Scriptures denounce bestiality along with homosexual behavior. Anything apart from God’s pure standards is degenerating……..

You said it about PETA… the left/liberal ADVOCACY ABOUT ANIMALS is the important part for them (the big part, PETA’s contribution), the actual animals aren’t (that’s small potatoes, not worth any effort). The same way as Leftists being great humanitarians who send lots of individual humans to the gulag– “You can’t make an omlette without breaking a few eggs” like Duranty said Stalin said.

Golly. I wonder if the increase in sexing with animals has anything to do with the increase of Germany’s Muslim population. nah……….probably not. There was a story a couple years ago of “Furries”. Furries are people who dress up like animals and have sex parties. One night, a guy high on mushrooms, came across a Furry party in the desert, saw all the animals having sex and decided to join in. Being high as a kite, he joined in with a real bear, who was wandering by. The bear did not appreciate his sexual advances and ripped him a new… Read more »

Thank you Dr. Eowyn for this amazing post. I chime in with DCG-“Sick beyond belief…” And taking advantage of creatures without sin is particularly impure and horrible.

I remember a story several years ago about a place in, I don’t remember if it was Washington or Oregon state that some dude has sex with a minature horse and it died but there was nothing the cops could do because it was legal. It was a farm like the article talked about. Not sure if they changed the law. Sick still…

A Yea….Now I come full circle in my understanding why those in America with German names….have actually engaged it this activity….I though they were joking …but this really isnt a joke….German Americans are into this too….what a revelation!

According to my cousins, who were born and raised in Germany, and still live there, you are full of El Toro PoPo. I also have German heratige and was raised on a farm, not anything that was considered and would have been shunned. Guess ya missed my other post… E ya have a Troll, clean up on aisle 3…

Hugbear, hmm did you not read comment above about mixing with bears.
Be gone troll.
Hey hujonwi, how’s this? 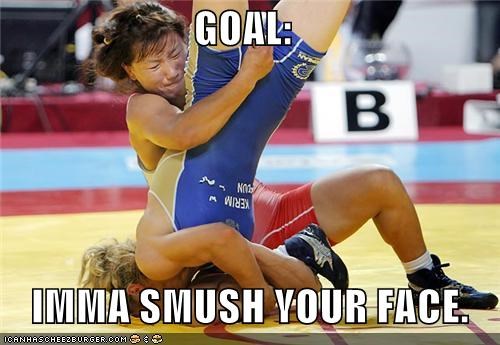 Nice… gonna go there, some ‘girl on girl’ action… twisted are we…

Unsettling,but not that surprising Germans seem to have a predeliction for this,I remember this was a genre of erotuc literature, years ago, when I was a teenager.. The literature was always German publications, The French Italian,Swedish,,, American, and English literature never touched this subject…obviously there are laws against it,as you say it was illegal up til 1969…while I doubt cross breeding there certainly would be the risk of communicable disease crossing into humans…Consider that people die from animal diseases,against which we have no immunity,interaction with animals on any level should be done carefully,Sick animals can pass disease on to humans… Read more »