Being Babs: Streisand debuts anti-Trump video, “Dont’ Lie to Me”

From Hollywood Reporter: Barbra Streisand is getting political once again. This morning, the 76-year-old Oscar-winner premiered a music video for her new single “Don’t Lie to Me” on her YouTube channel. The political video depicts images of protests, President Donald Trump and the president speaking in contradictions.

The singer-songwriter had dropped a few hints on her Instagram account of when the music video would become available to view, including a photo of what appears to be a Brett Kavanaugh protest accompanied with the lyric “Can’t you see I’m crying.”

“Don’t Lie to Me,” which debuted back in September, is a single off of her upcoming album Walls.

Streisand told the Associated Press the inspiration for the politically-charged single came during a road trip. While in the car the singer was “listening to lies, listening to things that are such craziness,” on the news about Trump and his administration, which made her feel ill.

A lifelong Democrat, Streisand, is no stranger to politics. She has campaigned and donated funds to many Democratic politicians — most recently, Hillary Clinton’s 2016 presidential run — throughout her lifetime.

Bar the doors Nellie, Babs still thinks she is relevant, and still pandering to those trying to destroy us, Babs is not a nice woman. Babs is stupid. Babs refuses to accept the truth. Don’t listen to Babs.

Babs also committed adultery with Bill Clinton while Hillary was away from the White House.

Gawd! He really IS desperate.

That’s just icky. But, my point proven, Babs is not a nice woman. Thank you.

Uh-oh! “The Face that Sank A Thousand Ships” is about to honor us with her profound insights. She’s stupid and she sings FLAT. “I play the white keys, I play the black keys, but always you sing in the cracks!”.

She should go back to playing Yentl and gazing at naked boys at the swimming hole. Hey, Barbra, how ’bout “I don’t care what you think”? 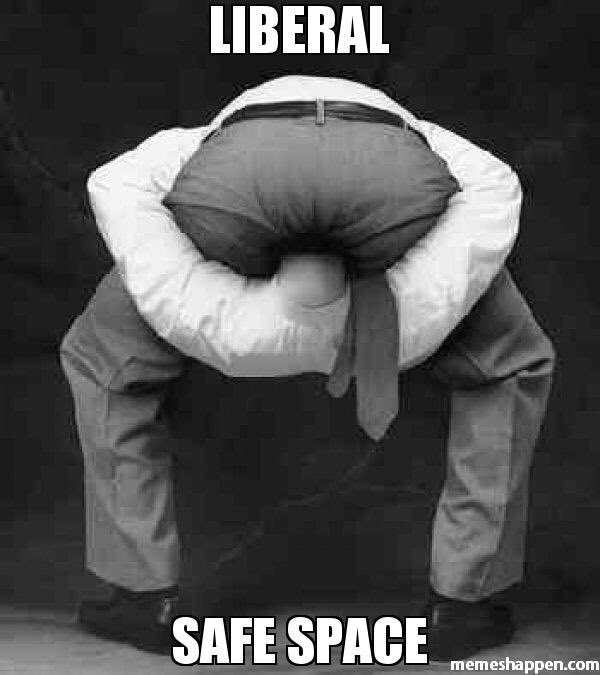 LOL – a new twist on a classic pic!

I won’t lie to you Barbara! Your video is a pathetic shot at trying to remain significant in the world. This is a question that many ask of you. Why did you lie to us about leaving the United States, if President Trump was elected? Why are you still here Babs? When are you going to leave? Please don’t get our hopes up, just to let us down. Leeann

Babs, you lied to yourself when you said you were moving out when President Trump moved in, go to the Gaza Strip and there you can start singing (the blues) until you are blue in the face and you get a bullet down your throat.

Her worst song ever. Not that I thought much of her music.
Let barbra make aliyah if she’s not happy here in USA. Life is perfect over there.
She’s just making a buck on discontent, much like the rest of the unhappy ones.

But… isn’t this the classic Yid response to ANY thing or event that is perceived as a threat to Zionism and/or false Judaism? As my father was a distant figure in my youth, I was much more influenced and raised by his two business partners, both traditional Jews, loathing Zionism and they taught me well! They wouldn’t give her or any of the other prominent Hollyweird Jews more than 3 seconds attention before dismissing them as irrelevant and counter-productive of any worthwhile effort or cause.

She sure is an angry one isn’t she? They just can’t stand it they lost – pure sour grapes bs.
That’s why she’s ‘cryin’-
I love it – she wants the truth-only problem is she is so delusional she doesn’t understand the truth.
“All we’ve built has come undone” & ” We all loose”? WTH? What a freakin kook. The whole world is burning down bc of Trump-ah yea sure…
That moron needs to look in the mirror-

You mean, (sniff!), we’ll have to, (sniff!, cough!), revert to two genders and stop turning boys into girls, (boo hoo). All they’ve “accomplished”, up in smoke. Sounds pretty good to me.

On a summer night in the late 1980s Babs approached me at a video rental store in Edgartown on Martha’s Vineyard to ask where a particular video might be located. She was so unimpressive that I had to be told afterward by the woman I was with that it was her. We see stars as beautiful and special beings, but in real life they are just like the rest of us.

I guess she thought making a music video about righteousness was a good idea?

Oh, so Babs’ new album will be paroled soon, eh?
All the more reason to run for our lives!

These people live in isolation from the rest of the world. They think so much of themselves that they believe everybody would want to be like them too. If they happen to hear something they don’t agree with they go into a tizzy. Problem (for them) is there aren’t nearly as many people that think like them as they imagine there are. Problem for us is they have money and access to a fawning media to mass distribute such propaganda. Oh and by the way. She’s a has-been cross-eyed old hag attached to Jimmy Durante’s nose, that never really had… Read more »

It’s quite obvious that Barbara Streisand is infatuated with President Trump. Since his election she has been obsessed with him. Hollywood is her playground for her girlish, childlike antics. At this stage of her game she might want to consider shifting gears; she really makes a great comedienne! Or, she should stick to cloning her dogs! WALLS! Yes, Barbara Streisand, you are OFF the Wall! Can’t help but feel sorry for her. She’s in a world all her own, blinded by the privilege of her existence. In all fairness, she may have dementia; she doesn’t realize she’s about eight years… Read more »