Barbra Streisand: Doesn’t like to see women being assaulted…

So much for Bab’s proclamation that “we need more love in this world.”

So much for Bab’s proclamation to “stand up against bullying.”

From Fox News: Barbra Streisand said democracy is “being assaulted” and bashed women who voted for President Trump, saying they “don’t believe enough in their own thoughts” to vote against their husbands.

“A lot of women vote the way their husbands vote; they don’t believe enough in their own thoughts. Maybe that woman who’s so articulate, so experienced and so fit for the presidency [Hillary] was too intimidating,” Streisand continued.

Streisand’s latest album, “Walls,” is a series of protest songs aimed to combat President Trump that were written because the election was “devastating” and she was “heartbroken.”

The album contains a track that directly speaks to Trump and voices Streisand’s distaste for what his administration is doing to America and the world at large.

Streisand also told the outlet that she’s currently on a diet, even blaming Trump for her recent cravings.

“This president made me anxious and hungry for pancakes. Buckwheat pancakes. I had to put butter on them and maple syrup to ease the pain,” Streisand said.

Despite her love of the Democratic Party and hatred of the president, Streisand said she doesn’t ever want to go into politics herself. “I don’t think I’m articulate enough and it’s too late for me,” she said.

This is hardly the first time the actress has voiced her political opinions. Streisand told The New York Times last month that she considered moving to Canada if the Democrats didn’t win a majority in the House of Representatives during the midterm election.

“I want to sleep nights,” she said. ‘I’m just so saddened by this thing happening to our country.”

Before the 2016 election, the singer-actress also spoke about emigrating because of Trump. Like several far-left celebrities, Streisand didn’t follow through on her threats to leave the United States if Trump defeated Hillary Clinton.

“He has no facts. I don’t know, I can’t believe it. I’m either coming to your country [Australia], if you’ll let me in, or Canada,” she said at the time, according to The Hollywood Reporter.

Babs is among the walking brain dead. Her comments have no place on your great site. MHO J.C.

Barbra Streisand believes so much in her own thoughts — her own notions of right and wrong — that she committed adultery with then-President Bill Clinton on a night when Hillary was away from the White House.

Based on my life experiences I’d say she was “typical”. That’s one of the reasons they’re so well liked.

I think I just threw up in my mouth!

Yes—and I have to commend her on her bad taste!

Babs: “It’s a good thing when our team does it”.
Man, I bet James Brolin doesn’t have any of his junk
left after being with this shrew for so long.

Probably gnawed it off and gave it to Ginsberg for safekeeping.

Good grief, that old hag has certainly turned into a lardazz! BS (very apt initials for her) needs to push herself away from the table and do some jogging along that public beach that she thinks belongs to her.?

Sure….and Babs is so “in control of her own thoughts” that she was compelled to eat Buckwheat pancakes with butter and syrup” almost against her own will, due to her mourning over the Trump election. But, of course, every other woman in the country who voted for Trump is OUT OF CONTROL of their own thoughts……… RRRRRRIIIIIGHT! More Demorat reasoning flying up the flagpole…..a lot of FLAP in the wind.

That’s funny! It should have been pork rinds and ham hocks.

Ha Ha Lo….and, let us all NOT forget: “You are what you eat.” Buckwheat?

With her its a possibility: 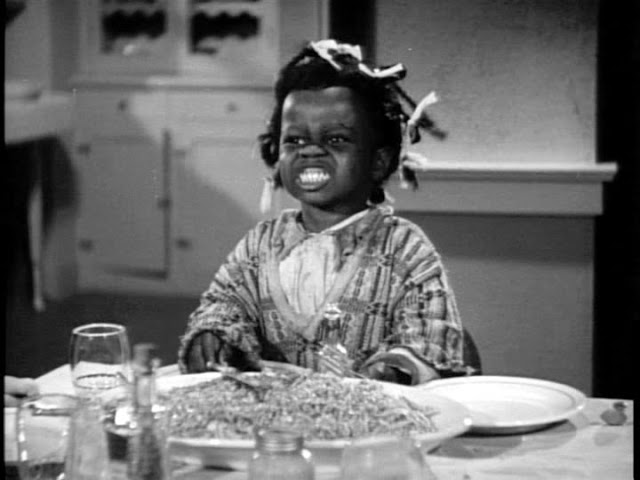 I believe Josh Brolin has no genitals. There is no way if he were to see that hag naked.

I think you mean James Brolin. Josh is his son.
It’s about $. I recall reading that at the time when James Brolin married Streisand, he was heavily in debt.

Eddie…thanks for the memories! I remember that movie fondly!

But, she doesn’t mind assaulting anyone that has different views than her.

Seriously: The more I hear of Babs, the more I remember my 15 years of reading Nietzsche. I am serious: This woman is a Nietzschean madwoman of nihilism. Nihilism is not “believing in nothing”: It’s not that Nietzsche was an “atheist” per se: He had a suspicion that Jesus may have been Whom He Said He was; It was just that Nietzsche wanted Dionysius to win. Read the New Testament again: Joseph of Arimithea and Nicodemus believed that Christ was the Son of God, at least to some extent. But look at the others who condemned Christ to Death: They… Read more »

“….it’s painful to see……..women being assaulted”?
Babs needs to ask Cathy O’Brian about her assault.

Never seen anyone so far in their own condescending little bubble- simply delusional.

BS does well enough as long as she’s singing; after that, once she opens her mouth to speak, the game is up. I don’t know how much more self-hating one could be then to submit to anything to do with that man, to whom she admits she had sex. Of course, Mr “I-did-not-have-sex-with that-woman” Clinton is the perfect hypocrite for her; unfortunately they never were married, but apparently that minor detail does not factor into her world’s reality. And because she wants to leave the US now that Trump has been elected President, wouldn’t it be wonderful if she’d make… Read more »

Lana
Reply to  Joseph BC69

I wish they would all make Aliyah, but that sadly will never happen as it means more to them to be able to stay in other countries than their own so they can keep pulling strings and tell everyone else how to live and what to do. They really are, as another commenter here called them,” Control Freak Orgs

I think if you could get an honest answer from her (fat chance!), she’d tell you that she couldn’t live in Israel, surrounded by equally obnoxious and self-centered nihilists. NO, she wants everyone to be her pet Goy. After all, she belongs to the “Kool Kidz” and you exist to serve her.

ha ha, never thought of that one but you know it makes sense! After all, she did manage to round up a pet Goy for a husband in James Brolin. I can’t imagine what he sees in her unless he is turned on by classically Jewish looks as in the David Brenner kind, unless it’s her sheckles that turn him on.

Maybe he has a nose and fat fetish. He obviously likes green teeth.

Ah, Lophatt, once again your remarks are just too, too true! Lord love a duck, and spare us all from the likes of these creatures!

I used to wait tables in a local fancy restaurant and waited on james
Brolin. He was with his family and was beyond rude to me. Fake,
phoney to the bone. She can have him they deserve each other.

Sings flat, is fat and has a big nose, married to a phony, arrogant hubby. What more could one ask for?

Ye Gads! Now the liberals tell us what to think!! How can anyone vote for them?