The Oklahoman: The 20-year-old woman stepped into the emergency room eight-weeks pregnant with bruises and cuts on her face and neck. She winced as she moved and complained of head and stomach pains.
After an alleged assault from her boyfriend of about six months, she did not immediately call police. Instead, she went to Stillwater Medical Center. The woman, whose identity has been withheld, was concerned about the unborn child.
Just before 9:45 p.m. Thursday, Stillwater police were called to the emergency room. Her account of the events which led her to the hospital were recorded.
Shortly after 11 p.m., officers arrested Oklahoma State football player and sprinter Tyreek Hill at his apartment, 1012 Echo Mountain, on a felony complaint of domestic abuse by strangulation. Hill was formally charged Friday afternoon in Payne County court.
Coach Mike Gundy announced in an OSU communications press release about 6:30 p.m. Friday that Hill had been dismissed from the program. The full statement:
“Oklahoma State University does not tolerate domestic abuse or violence. Based on the evidence and the serious allegations that have been made, Head Football Coach Mike Gundy has announced that Tyreek Hill has been dismissed from the OSU football team. He also has been dismissed from the track team. The allegations are under investigation by Stillwater Police and by the OSU Office of Student Conduct. Those processes will proceed independently.”
As of late Friday, Hill, 20, posted bond and was released from jail. His next court appearance is set for Jan. 13 at 1:30 p.m. A judge ordered Hill to have no contact with the victim until further notice.
The narrative of what happened Thursday night at Hill’s residence — an apartment in the recently developed Aspen Heights neighborhood a few miles northeast of campus — was provided in an arrest report and probable cause affidavit filed in Payne County court.
The woman told police a verbal altercation escalated into Hill throwing her “like a rag doll.” She reported Hill punched her several times in the face and stomach. Hill allegedly put both hands around her neck, banged her head against the wall and threw her to the ground. He then reportedly picked the woman up by her hair and put her into a headlock. The woman says she cried, “Let me go, I can’t breathe,” several times before Hill relented.
Police reported injuries and bruising below her left eye, upper lip and all around her neck beneath her chin. She was treated and released from hospital care. The status of her unborn child, of whom she says Hill is the father, was not released. The woman told police that “this had happened before back in summer but she did not report it at the time.” She also said Hill has a “volatile temper and that he thought it was okay to punch and shake her.”
Police reported Hill was arrested without incident, but he remarked to officers that “he was being arrested for being black and she was white.” Now, Hill faces consequences from the criminal justice system and the university.

According to its Student Code of Conduct, OSU will “strongly recommend suspension or expulsion for students found responsible” for “physical violence of any nature against any person, on or off campus.” Offenses included within that category include: “fighting; assault; battery.”
Stillwater police report Hill faces one-to-three years of imprisonment and/or a $3,000 fine if found guilty of the domestic abuse by strangulation charge. However, pending the status of the woman’s unborn child, the legal consequences could be much worse.
Oklahoma law states any “person convicted of domestic abuse committed against a pregnant woman with knowledge of the pregnancy and a miscarriage occurs or injury to the unborn child occurs shall be guilty of a felony, punishable by imprisonment in the custody of the Department of Corrections for not less than twenty (20) years.”
Before Thursday night, Hill had achieved major success as a Cowboy football player. He was named First-Team All-Big 12 by the Associated Press and was voted by conference coaches as Offensive Newcomer of the Year. But his most impressive accomplishment was a 92-yard punt return touchdown at OU that served as the turning point in the Cowboys’ 38-35 overtime victory on Saturday.
“It didn’t feel real at the time,” Hill told The Oklahoman postgame. “I was crying tears of joy. It didn’t feel real. It felt like I was floating.”
Well, it’s about to feel real if he faces jail time.
DCG
Please follow and like us:

I personally have no need for the existence of a human predator. These are the kind of people that when disposed of expeditiously, I have no heartache over.
Like the sign says, “In this house guns are welcome. Please keep them holstered unless the need arises, at which time judicious marksmanship is appreciated.”

I find all these attempts to play the race card disgusting but this one is particularly disgusting. This guy not only hurt his girlfriend he could also have possibly killed his unborn child. He is a poor excuse for a man and a future father. 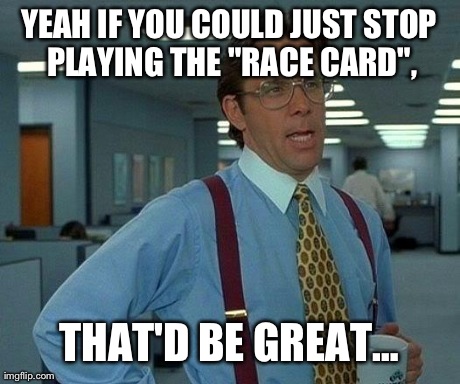 Tyreek Hill the best Return Specialist in the NFL. Congratulations on being elected to the 2017 Pro Bowl. Despite your history you redeemed yourself by your positive actions, and attitude. Overcoming, and defeating the odds. Now a NFL Star, and former Olympic Gold Medal recipient with millions of people cheering you on every week.

Excellent post! I cannot imagine that this man (I use that term loosely) could really think that he was arrested because he was black, and “she” was white. If you believe in equality–then whether she was black or white really doesn’t matter. He is a savage, and needs to be dealt with.

Yup, make your mother so proud. wait for it…..

This has been happening due to black n white violence by the 100’s of thousands and hardly any get reported due to the race card and fear of being called rayciss and in my experience blacks run circles around white for their absolute levels of racism
Send hill back to Africa postpaid with no return address
At the rate this demonic insanity escalated by Jackson, Sharpton, wright, Jarrett, holder, farakahn the black pansies, obunko is progressing we’ll need a “white lives matter” <<<< that's right saying that is rayciss, only black lives can matter

Should’ve put his anger down and kept his pants up until marriage…he needs to find Jesus because he is clearly a lost soul. His girlfriend should not be OK with being involved with ANYONE who would raise a hand to her; put Jesus first, no man should come before Him. I pray the baby survives and grows up to become more mature and responsible than his/her parents and understands the importance of having Jesus in his/her life.

How do they figure WE are the racists when THEY commit 3 times the number of Crimes that WE do? It also stands to reason that if THEY play the race card where race isn’t a factor (which it ISN’T in most cases) that actually makes THEM the racists. Seems most Conservatives have enough class to NOT say that in public. I think we SHOULD.

Here’s some reasoning I have gotten from far white intellectual marxists moonbats with their justification for blax and Hispanics pulling the race card They commit 3-10 times more crime than whites because of white racism and white privilege. When I say that if anyone has privilege it’s the blax and illegals and as they beat, rape, torture etc whites they make a point of exclaiming death to all crakas, kill da white debbil. When I ask them “so isn’t what they are loudly spewing racist? They reply, “stupid racist only whites can be racist and thy must all be exterminated,… Read more »

Domestic violence does not hide behind skin colors. Nor should it hidden behind the race card for ANY skin color.
I know about DV all too well from let me just say, a personal experience that I was forced to watch in 1970. The nightmares still haunt me, every week they come. She killed herself 18 months later because of what abuse was forced upon her. It has been 44 years and she was an angel for sure. I have never been the same, she was my girlfriend. I cannot say more.

It’s disgusting to see people getting out of domestic assault charges playing race cards. Such incidents not only give those criminals more freedom to do violence, but make life unsafe for many. Another side of the matter is that when innocent people survives a false accusation with help of truth and good defence lawyers like Kostman & Pyzer Barristers, people believe they are guilty and was escaped playing race cards. The time has exceeded to stop people escaping serious crimes because of their ethnicity.