On September 26, 2016, a federal search warrant was obtained for Weiner’s iPhone, iPad, and laptop computer. The FBI obtained these devices the same day. The search warrant authorized the government to search for evidence relating to the following crimes: transmitting obscene material to a minor, sexual exploitation of children, and activities related to child pornography.

We were told that the laptop contained thousands of emails and documents from Hillary’s illegal private server, some of which are top-secret classified information.

But that’s not all.

According to the Department of Justice’s Office of the Inspector General’s report of June 2018, titled “A Review of Various Actions by the Federal Bureau of Investigation and Department of Justice in Advance of the 2016 Election,” on page 294 is this stunning revelation that Weiner’s laptop contains “crime against children”:

Coleman told us that he kept regularly took notes in a journal. Coleman’s notes from October 4 contained the following entry:
(1) Anthony Wiener [sic]
(2) [Unrelated]
(3) Wiener [sic] – texting 15 yo – Sexually Explicit
9/26 – Federal SW – IPhone/IPAD/Laptop
Initial analysis of laptop – thousands emails
Hillary Clinton & Foundation
Crime Against Children
We asked Coleman about these notes and he told us that, given their placement in his notebook, the notes would most likely represent information he was briefed on first thing in the morning by his subordinates in the Criminal Investigative Division. Coleman stated that he may have passed this information to other FBI executives after the morning briefing with the Director, but he could not remember if that occurred here.

The placement of the phrase “Crime Against Children” beneath “Hillary Clinton & Foundation” implies that “crime against children” is by the Clinton Foundation.

Antony is a shonda, I am surprised he only got a light sentence. Has he been excommunicated? That would be the “killer” to someone from his tribe

I could be wrong, but I am thinking he got such a light sentence because he is going to testify in future criminal proceedings. Although he is part of the ‘Tribe’ he does not seem to be in the protected class of said ‘Tribe’. Also keep in mind, Huma been M.I.A. for good amount of time. Witness protection maybe?

Of course, they had to look through all the classified material and other Hillary e-mail stuff in order to find it. And Comey told Congress they somehow didn’t see any of that other stuff.

Comey? It is said that Comey enjoys children dressed up like Howdy Doody. I can see it. That is how I refer to him now, Mr. Howdy Doody.

Huma Abedin was Hillary Clinton’s “Handler” for Saudi Arabia & the Muslim Brotherhood, & the fake marriage of hers to Weiner, was so that the zio/masonic state of Israel had their “Handler” there as well. When Abedin’s emails were found on Weiner’s laptop, that backed up my belief. Keep in mind, Saudi Arabia is rumored to be run by Crypto Sephardics, and they are best friends with Israel. Historically the Sephardics have been allies with the muslims against Christians & white people like when they opened the gates of Toledo & worked with the muslims against the Christians of Spain,… Read more »

There was a well regarded Sephardic General in the service of the Moors around the time of the Reconquista. He is well regarded by Jewish historians and Rabbinical figures due to his well-known piety (Hebraic anyway). He carried a Torah with his train, and had a rabbi in his personal household even on campaigns. The main point is that Sephardim was active and accepted at the highest levels of the Caliphate, and that unlike the Marranos, Jews were fully loyal to the Sultan

And the Sephardics collaboration with the Muslims & backstabbing of the Christians was the real reason for the “Inquisition” which is left out by the kosher Orwellian liberal lie version of history.

The Jews that opened the gates of Toledo
https://www.judaism-islam.com/jews-opene-the-gates-of-toledo/

Well said. Yes, the short version is that the Caliphate didn’t want to tie up the soldiers guarding captured cities. The Jews trailed along and “volunteered” to manage them for the Caliphate.

Thus began a long period of mistreatment of Christians, usury, calumny and worse until they were finally unseated. The Marranos were the result of the expulsion. The “Inquisition” was in response to the lies associated with the false “conversions”.

Somehow I fail to see any hint of “piety” in any of this.

I’ve read that NYPD officers were traumatized by whatever they saw on that laptop.

I remember the same thing. The NYPD was ready to arrest Clinton by what they saw on that computer, but was stopped. So who stopped them and why? The whole thing is disgusting.

I hope that a few officers made copies, and sent them to Wikileaks, who may be the only site gutsy enough to publish it, or upload them to sites where people can download them (not so much for viewing, but to keep it in the public eye, and demand her incarceration – or death.

Had to do with Loretta Lynch n the cop held for that black man’s death. Was it Gray?

Thanks so much for digging into this. I’ve said many times that nothing will happen to them or Hillary. That isn’t that I think they don’t deserve it. This stuff has been going on a very long time and they all cover for each other. At this point I don’t think there can be any question about their perversity. Just look at the eight years of Obongo. This “Foundation” has never been audited. That in itself is more than strange. It is clearly a center of operations (whatever they decide to do) from which they launder money and trade “favors”.… Read more »

Of course nothing will be done to them. Yet Flynn has his life ruined for a BS agenda. No equal justice coming out of DC…

Yes, and the more you look into it, this is the whole eight years of Obongo. Dirty tricks, abuse of power, spying, you name it. Of course the MSM reports that it was scandal free. Look at this Mueller probe. Everyone identified is ruined. He should never have allowed this to get off the ground. Now that it is he should end it immediately. If may be embarrassing for him but it is destroying those who worked to help him. This is abuse, pure and simple. Besides that, there is the collusion by former Obongonauts. Anyone who can’t see that… Read more »

This sums it up nicely: 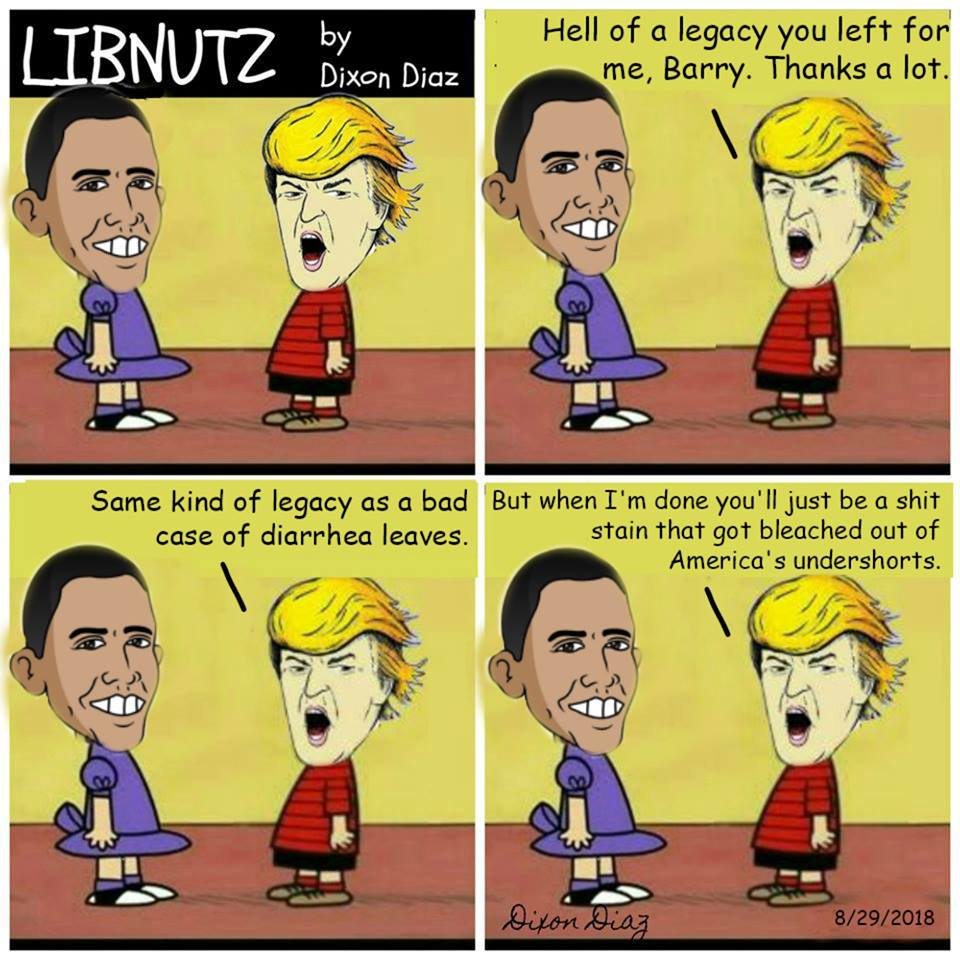 The word is the Clinton Foundation was part of the child sex trade, the sickest part where they indulged in snuff sex with children. Chelsea is often seen wearing an upside down crucifix, the sign of satanists. Part of the rescue efforts of the Clinton Foundation in Haiti resulted in young children disappearing never to be seen again. It is not by chance Weiner got caught searching out minors. That was part of his job for the Clintons. They will be punished. It is just a lot of detail work behind the scenes and removal of traitors must take place.… Read more »

People like them make having an even more disgusting term than “depravity” necessary. Many actually don’t believe it because they can’t bring themselves to realize how disgusting they are: 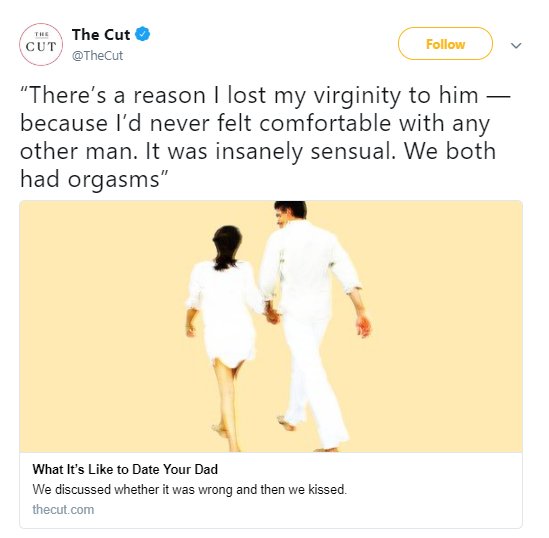 Forget that Weiner’s computer has evidence he ran the biggest spy ring in Congress. Forget treason, there are dirty pictures.

“Forget treason, there are dirty pictures.”
“Dirty” pictures? Murderous. Evil. Sadistic. Would make the spy ring look like a Walt Disney film. “Dirty” as a descriptor is tone deaf to what is actually being surmised.

No it really doesn’t imply that..I don’t know anything about the wider context, but taking this piece of evidence alone I fail to see how an entry beneath another entry implies any relationship between the two entries. I have no clue if one relates to the other, fail to see how you can either..