Last Flag Flying is a movie from Amazon Studios that opened on November 3. The premise, from Rotten Tomatoes:
“In 2003, 30 years after they served together in the Vietnam War, former Navy Corps medic Richard “Doc” Shepherd (Steve Carell) re-unites with Former Marines Sal (Bryan Cranston) and Richard Mueller (Laurence Fishburne) on a different type of mission: to bury Doc’s son, a young Marine killed in the Iraq War. Doc decides to forgo a burial at Arlington Cemetery and, with the help of his old buddies, takes the casket on a bittersweet trip up the East Coast to his home in suburban New Hampshire.”
Since its debut, the movie has made almost $48,000 (at the time I scheduled this post on Nov. 8). That means it ranked #47 on its weekend debut.
The movie stars Steve Carell, Laurence Fishburne and Bryan Cranston.
Last November, before Trump was elected, I did a post on Bryan Cranston. He was going to say farewell to the United States after the election results were announced, warninghe would move to Canada if Donald Trump became the next president.
From my post:
“I would definitely move,” he told The Bestseller Experiment podcast when asked what he would do if Trump was elected over Democratic rival Hillary Clinton. ‘It’s not real to me that, that would happen. I hope to God it won’t,’ he added. ‘It wouldn’t be a vacation. I’d be an expatriate,’ Cranston added.
Cranston, who more recently played Democratic President Lyndon B. Johnson, has been an outspoken critic of Trump, branding him a ‘supreme narcissist’ and an ’emperor without any clothes’ following his controversial campaign.
‘He’s crude and crass and empty headed. If it weren’t serious, it would be laughable. Here we have a reality show, game show guy who’s now at the top of one of the two parties. That there are millions of people who are going to vote for him says something about, perhaps, disenfranchisement. People who are left out. People who don’t feel they are being listened to.”
Since the election, Cranston has since made a few digs at Trump on his Twitter timeline. He’s also made fun of Barron Trump.
But now, apparently, Cranston has had a change of heart – shortly before this movie was to debut.
On October 30, Breitbart reported the following:
“Cranston — perhaps best known for his role as Walter White in the television show Breaking Bad — slammed Hollywood stars, pundits, and Trump opponents who have previously said they wish to see him fail in office.
“It’s just astonishing to me. President Trump is not the person who I wanted to be in that office, and I’ve been very open about that,” Cranston said. “That being said, he is the president. If he fails, the country is in jeopardy. It would be egotistical for anyone to say, ‘I hope he fails.’ To that person I would say, f*ck you. Why would you want that? So you can be right?”
“I don’t want him to fail. I want him to succeed. I do. I honestly do,” Cranston continued. “And if you’ve got a good idea that helps the country, oh man, I’m gonna support you. I don’t care if you’re a Republican and I’m a Democrat or whatever, I don’t care. A good idea’s a good idea. Let’s do that. We’ve got to get away from this idea that our country is political football, and someone with a different opinion is the enemy. Assume they love this country as much as you do, and there’s always room for improvement. How can we make it better?”
Gee, Hollyweird’s box office sales are in the tank and Sexgate is destroying their reputation. Isn’t it convenient for Cranston to have such a vocal turnaround of Trump right before promotion of his latest movie? What a coincidence!
Another movie I won’t be seeing.
DCG
Please follow and like us:

A quick change just before a movie is released that would most likely have the curiosity of Veterans. vets often being conservatives, Republicans etc. YEAH, A LITTLE OBVIOUS THERE, CRANSTON. Shove your movie and your career!

Another show about making meth? (Worked well for him before… ) 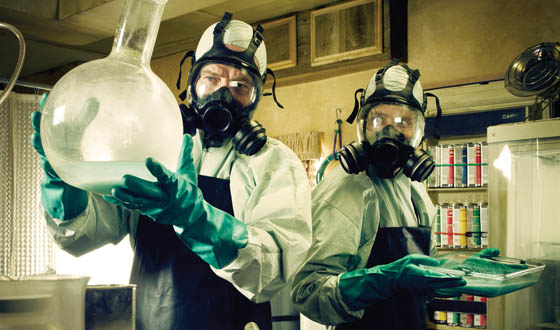 On that note, I SALUTE EVERY VETERAN, PRESENT AND +ABSENT FOR A JOB WELL DONE, ?????? YOU ARE NOT FORGOTTEN, YOU have offered and given YOUR life for me to be FREE, GOD BLESS YOU AND KEEP YOU!!! ??????

At least Cranston has offered an excuse for not leaving the Country,lame as it is. The fact remains though that he’s a hypocrite,so his words of “praise” ring hollow as a dinner bell.
I wonder how many of the “I’ll move to Canada if Trump wins” crowd are changing their tune because they found Acting isn’t considered a “useful profession” up there,and they wouldn’t be accepted there.

Now if they were clowns they could run for Prime Minister. Anyway, nobody seems to talk about the fact that in a so-called “democratic republic”, us citizens are supposed to honor the electoral results. These whiner-pansies seem to think it a “badge of honor” to state that they don’t care that their fellow citizens elected someone contrary to their wishes. If they don’t get things their way, they’ll leave?
Well, OK, but stay gone. Frankly I don’t know why Canada would welcome anti-social scum like these either.

There may be a way back for Harvey Weinstein, says Breaking Bad star Bryan Cranston. Read more: https://www.dailymail.co.uk/news/article-5079499/There-way-Weinstein-says-Cranston.html#ixzz4yNFPOkmc
And Bryan’s movie, Last Flag Flying, came in #34 at the box office this past weekend, making a total of just $243,337 in two weeks. Hahahahahahahahaha!
https://www.boxofficemojo.com/weekend/chart/

Bryan Cranston thinks Hollywood eventually would reconcile with Weinstein and Spacey if they two are sufficiently apologetic.
Cranston conveniently leaves out the fact that law enforcement are investigating both men, who may well be indicted. Besides, who cares what Cranston thinks?