Merkel: Doubling down on stoopid

From Daily Mail: Angela Merkel has invited big company executives to attend a summit next month where she will urge them to hire more refugees.
More than one million migrants flooded into Germany last year, and the government wants to get as many as possible into the job market. This will reduce their dependence on the state and compensate for labour shortages as the workforce ages.
Merkel will push reluctant German companies to offer more traineeships and positions to refugees, the newspaper Bild reported.
Large companies have been criticized for doing little to help integrate the refugees into the thriving job market. Companies say most of the new arrivals lack the German language skills and the education required for a job.
Engineering giant Siemens, chemicals group Evonik , carmakers Opel and VW and utility RWE will share with Merkel the results of pilot projects with refugees. Merkel’s office declined to confirm Bild’s report, which said the meeting at the chancellery will take place September 14.
The Frankfurter Allgemeine Zeitung reported a month ago that the 30 biggest DAX-listed companies had until June employed only 54 refugees, including 50 who were hired by logistics provider Deutsche Post.

Vice Chancellor Sigmar Gabriel last month urged large companies to do more for refugees, saying their efforts pale in comparison to the Mittelstand, the small and medium-size companies considered the backbone of Europe’s biggest economy.
More than 1.1 million migrants arrived in Germany last year, mostly refugees fleeing conflicts in Syria, Afghanistan and Iraq.
DCG
Please follow and like us:

Obama logic will NOT work

Twelve years ago and more, whenever a reporter asked President Bush, Jr., why he wasn’t doing enough to stop illegal immigration, he always had the sheepish reply, “Huh! Welll, there heer to do the jobs Amuricuns won’t do!” Now all of Europe, it turns out, has been doing the same for about the same time. Yes, Angela Merkel the Jerkyl has been doing the best job of destroying Germany since Hitler, only she’s really slipped them a Mickey, Big Time: THERE CAN BE NO RECOVERY FROM A DEMOGRAPHIC IMPLOSION. She’s likely too stoopid to know this or too stoopid to… Read more »

Don’t forget the Satanic ritual that occurred in Switzerland this June. Merkel knows exactly what she is doing, as do the other “leaders” in Europe. There is no innocence in these demon worshipping totalitarians.

Good catch. I think many miss the significance of that.

If their economy is “booming”, why are they having riots over unemployment? Germany used to have work for anyone who wanted it. These “Odorists” have taken care of that.
To “Weezy” above, yes, that is their plan. They only need so many yacht washers and caddies. All of these various countries’ governments, including ours, have abandoned their citizens and are actively courting these demons. It is hard to imagine the penance they deserve.
All is chaos, just as the Plan requires.

It boils down to the NWO. The elitists are the biggest morons because the are owned and operated by satan. Every watch the educated muslims never do any “dirty” work, it’s all done by the uneducated who are easily manipulated. The people are so steeped in brainwashing that it becomes their shield. The idiots are too busy raping, stealing, etc that they can’t see the forest through the trees. These uneducated islamists will NEVER change and the educated islamists know this and feel good about sitting on their thrones pulling the strings.

Merkel is a typical politically correct brain dead socialist completely out of touch with reality. She thinks that employers should employ people not because they’re needed but because it would save the taxpayer money. Perhaps they could be employed as jugglers and mime artists.

Indeed! “See what we’ve done? Now YOU pay for it”.

Exactly, progressives are into “social responsibility”– you’re responsible (and pay for) their screw-ups.

The only quote from Maggie Thatcher I repeat is:
“The problem with socialism is that sooner or later you run out of other people’s money”.

Why would any corporate manager who has brain one deliberately employ Muslims . . . see the problems we have had here in America–the demands for multiple times off for Muslim prayers (then the original workers feel put upon, and justifiably, since they are called upon to “take up the slack,” during their time away from the job. The push by Muslims to install special restrooms-washrooms, so Muslims can do the obligatory ritual washings before they have their prayers. Then we saw the problems when female employees of the agencies which attempted to sign up the hoards for benefits, only… Read more »

merkel has 2 brains, one’s lost and the other is out looking for the lost one. In other words, she’s brainless.

She is a “true believer”. Her communist lessons were not in vain. Today she delivered a speech in which she claimed that there “…was nothing wrong with the elites, the fault was with the people”. She was booed off the stage.
I’ll ask my usual question. Why aren’t these people being chased through the streets?

I used to laugh when I lived in California because all the liquor stores were run by Muslims. They all were chock full of really nasty pornography too. 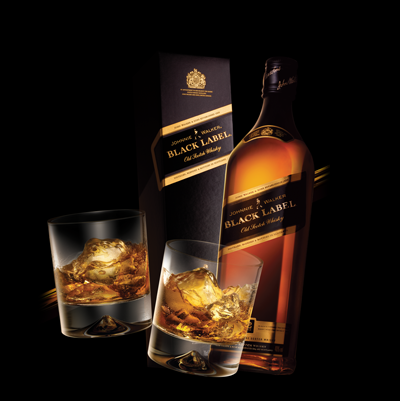 Auntie, You took the words right out of my mouth once again. Of course lets hire more Muslims to sit next to and when they try to convert me and I refuse. I will be close enough for them to behead me with one swipe. And of course their cleanliness will be a huge asset in the food industry, like Chobani for one. What still stuns me, how do these NWO nuts think for one minute, after they shrink the population, they will be safe? They don’t have the nads to eliminate them. And the police and other guards will… Read more »

Glenn47 . . . You have hit on the 64 thousand dollar question . . . why do the elite honestly feel they will be safe from the wrath of the Muslim hoards after the peons have been “taken care of?” It defies anyone that has half a brain that the big houses, high fences, and burly men totin’ guns will really safe them and their offspring. Unfortunately, their thinking is so mired in greed and avarice that they cannot truly see the outcome!

Merkel is more insane than HILLARY!!!!

Boy, I don’t know…….that’s CLOSE. I suppose she may be, because I think she actually believes her B.S.. Hillary doesn’t believe in anything, except Satan.

More national suicide. How sad Germany’s leader is such a fool.

It’s time for the Germans to run her ass off to wherever burned out politicians go when they become senile.
She makes Bernout Sanders look intelligent.

I don’t think many of the ilegals have enough skills needed to work in German companies. But that is not the point, how about giving job to your fellow German first fool? There are still Germans who are jobless. And does she think the ilegals want to work if she still gives them free stuff?

t . . . . . we have already seen the pictures of the young jihadists with their hands out, specifically saying they want money (when in some instances they were offered foodstuffs in place of actual cash.) I believe that this in itself tell us the whole story.