“Grassley and hatch – too old – they should be done – come on – at thanksgiving we don’t let the 85 year olds carve the turkey #retire,” O’Donnell tweeted.

Hatch, the Senate president pro tempore and third in the presidential line of succession behind Vice President Mike Pence and House Speaker Paul Ryan, and Grassley are two of the GOP’s most prominent members. Many Hollywood liberals, including O’Donnell, are currently upset that many Republicans continue to support Supreme Court nominee Brett Kavanaugh amid sexual harassment allegations.

Grassley is 85, while Hatch is 84 years old. But several prominent Democrats are in the same age range. Liberal icons Justice Ruth Bader Ginsburg and Dianne Feinstein are both 85, Maxine Waters is 80, Nancy Pelosi is 78 and Bernie Sanders is a spry 77 years old.

A 2014 Gallup poll showed the average retirement age is 62.

O’Donnell, 56, has a decades-old feud with President Trump and she has been an outspoken critic of his administration. Some of her followers were offended by her call for the older Republicans to retire.

“I hate to bring this up but discriminating against someone because of their age is just as wrong as any other form of discrimination. Their behavior was the same decades ago. Approaching 70 myself, I’ll match wits with you any time you’d like,” one user wrote.

“Not cool,” another follower added. “Plenty of 85 year old people are as sharp as ever.”

Just last year, CNN published a story headlined, “The Democratic Party has an age problem,” that noted the ongoing problem with the advanced age of some liberal leaders.

“Democratic leaders across both the legislative and executive branches are generally older than leadership on the other side of the aisle,” CNN’s Ryan Struyk wrote before noting the average age of Democrats on Capitol Hill was 61, while the average Republican was 57.2 years old.

First, what an ugly tranny that thing is.
Second, who cares what it says, feels, or demands?
Third, *I* would like for Rosie to drink a gallon of bleach to cleanse her soul.

Do have to wonder how so many of these high level politicians and power mongers can stay so healthy and active for so long? Can it really be some thing in their diet most of us would cringe at?

That’s age discrimination Rosie. Nobody told you you should retire because you’re a munchkin, have they?

Wasn’t she one of the mentally ill America hating looney Libs who said they would move if Donald J Trump won the election (that they tried to steal)?

If it wasn’t for Senators Grassley and Hatch, right now Supreme Court nominee Judge Kavanaugh would have been sitting In a jail hole awaiting sentencing, end of story, and Professor Blasey-Ford elevated to High priestess of the women’s movement, and her “butch-looking counselors” Attorney Debra Katz and Lisa Banks collecting money from the left.

Hey, butch Rosie, guess what, if any of your lesbian women don’t knife you before, you are going to reach old age, ugly as hell, and still die
being a “ W O M A N “!!!

More proof that leftists are insane. There is absolutely NOTHING about this woman’s claim that should warrant rejection of the judge. Still, they have driven themselves insane over it.

Screeching banshees. What Soros doesn’t fund their lackeys pay for.

They’d also said she hadn’t a political bone in her body… The evidence speaks quite to the contrary. And her attorney? A VP working in a Soros organization: Project on Government Oversight (POGO), FrontPageMag.com reported. “POGO is funded by leftist billionaire George Soros, according to Forbes.com,” Lifenews.com reported. Dr. Ford’s brother is a apparently partisan as well: “worked for a law firm that hired Fusion GPS, which produced the fake dossier on President Donald Trump, Lifenews.com reported” “Fusion GPS was also hired by Planned Parenthood to use fake forensic analysis debunk the undercover videos that the Center for Medical Progress… Read more »

Here’s why they don’t want Kavanaugh. The murder business is booming. I’m wondering just what “church” is pro-homicide?

I finally got to see some of the abortionist interviews by David Daleiden on the Values Voter Summit on CSpan going on now… they showed that these clinics, through what are essentially brokers (young women, mostly), are selling baby body parts for $10 and up to willing customers for whatever purpose (I’m thinking the unthinkable — satanic feasts? It’s not a stretch from the *dinner* conversations.) With numbers, there’s a LOT of money at stake. I had thought previously they were selling them to researchers for some sort of studies on stem cells or whatnot. But they were pretty clear… Read more »

Shouldn’t Big Rosie be in jail for illegal campaign donations under different names?

I think you’re confused. Rosie is a Democrap. 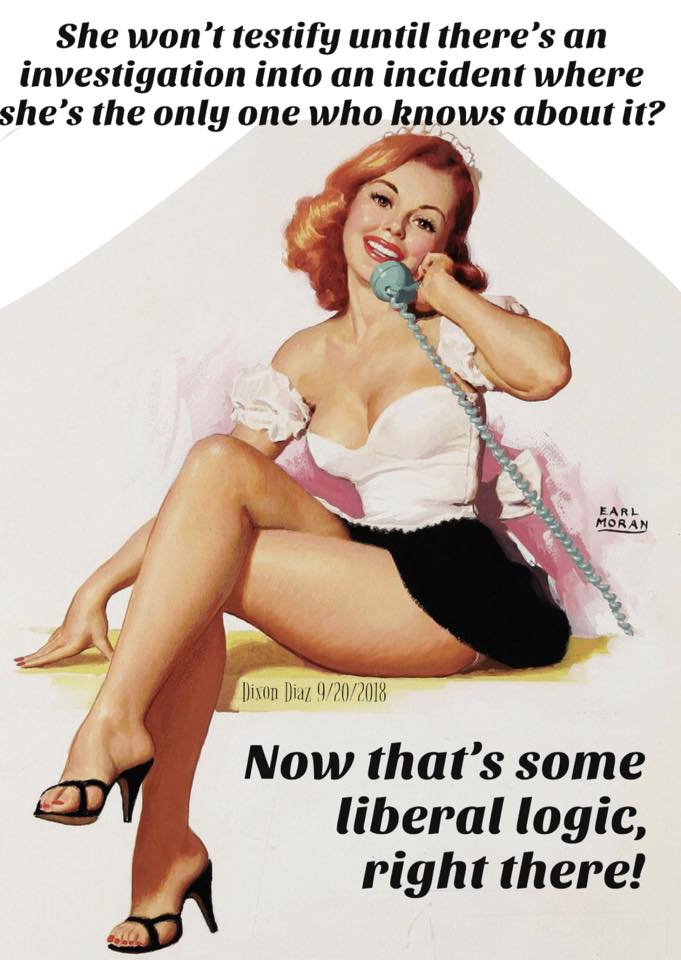 Maybe the 85-year olds should starting carving feral hogs instead for Christmas dinner!

She won on star search with Ed McMahon. A million frigging years ago.

Does anyone actually think Rosie is ever going to say anything to indicate there are deep thoughts behind her off the cuff statements? She shoots her mouth off like a Roman candle lit at both ends.