About That Underwater Drone Story

Tell me if you see a pattern emerging.

The drone story is showing some slippery characteristics

NBC:
The incident follows a series of tense exchanges with China, including that nation’s sharp rebuke of president-elect Donald Trump’s phone call with Taiwan’s president in a departure from decades-long policy toward the island prefecture. – Read more
New York Times:
The incident complicates already testy relations between China and the United States, ties that have been further frayed by President-elect Donald J. Trump’s phone call with the president of Taiwan. Mr. Trump angered Chinese officials by holding a phone conversation with President Tsai Ing-wen of Taiwan, an island that Beijing deems a breakaway province of China. – Read more
USNews:
[READ: The Terrifying Military Weapons at Donald Trump’s Disposal]Some experts believe the move may have been in retaliation for President-elect Donald Trump’s phone call with the president of Taiwan, a breach of 40-years of protocol in how the U.S. manages its delicate diplomatic relationship with the economic powerhouse and its smaller island neighbor. – Read more
CNN:
The incident has emerged as the latest thorn between China and the US, where President-elect Donald Trump has shown himself increasingly willing to confront and challenge Beijing. – Read more

Okay, here’s my take on the drone thing

Embedded a few paragraphs into each report is the comment questioning the safety of an America that has such a dangerous leader as the reckless Donald Trump. This is on the day of the last ditch effort to sway the votes of electors. It also begins years of hand wringing fear talk about the nut in the white house. If you are old enough to have voted for Ronald Reagan, you will recognize the strategy.

Donald’s response: “China can keep the drone.”
This president knows how to beat the media at their own game. After all the saber rattling, we read that the drone is about as classified as a weather balloon.

The Lib/Prog Media is so desperate to destroy Trump that they are obviously willing to encourage the ChiComs to declare or start a war with the USA.
Anyone read the definition of “Treason” lately?

What I find interesting: 1. Not one of the MSM sources noted above mentioned that SHE called HIM; and 2. As Trump said “. . .interesting how the U.S. sells Taiwan billions of dollars of military equipment but I should not accept a congratulatory call.” The left are such hypocrites.

Even the squirrel’s not buying this one… 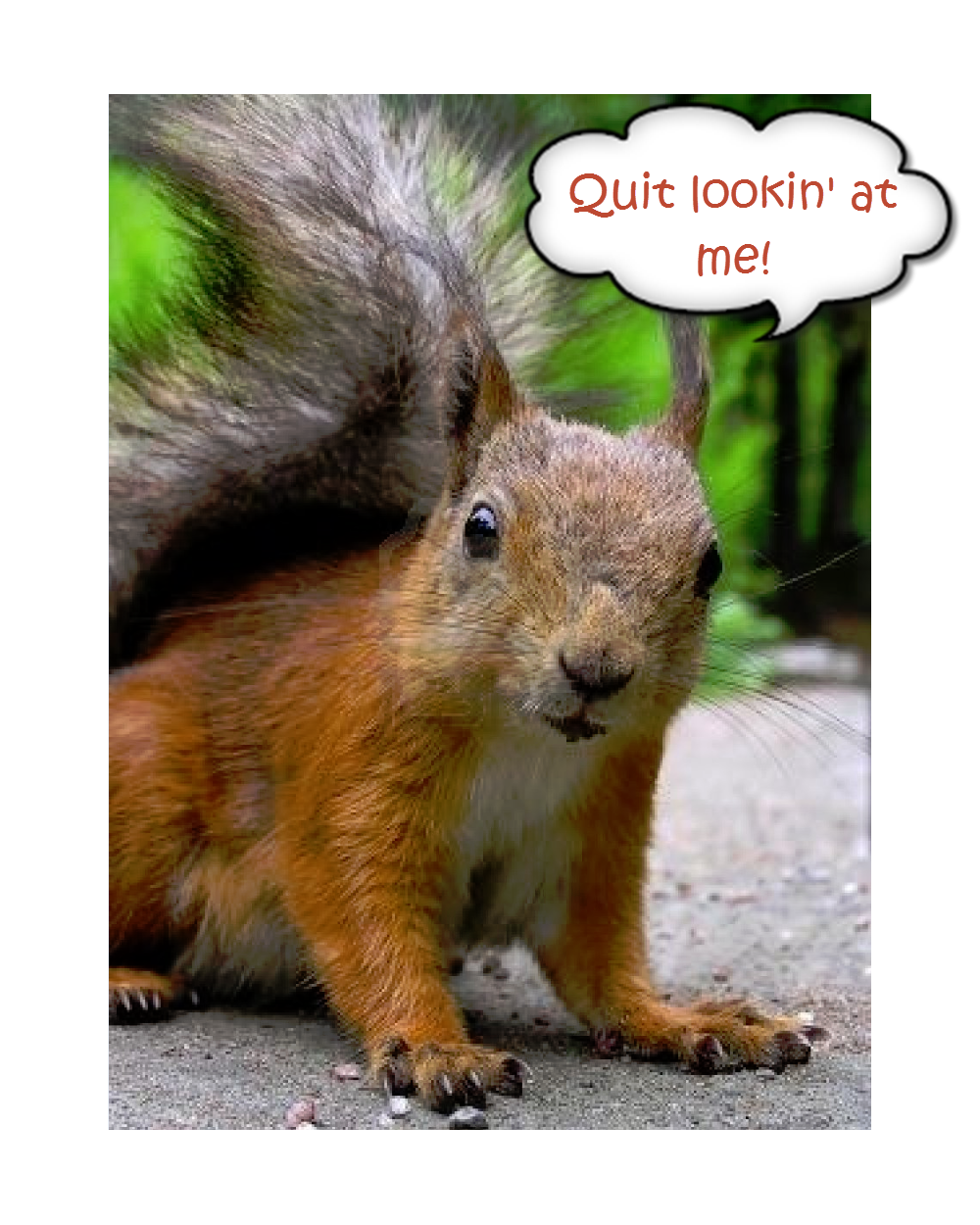 Funny that one of these “news agencies” mentioned the “terrible weapons Donald J Trump would have at his disposal. I would say we are safer that the delusional, lamp throwing, drunk, doped u, vengeful alternative!

I’m sure china would not be the power house or threat they may be to day if not for all the U.S. jobs lost to them by our own government sell-outs, and the clinton’s give away of technology.

I understand your feelings, Kevin, but the main reason corporations move overseas is cheap skilled labour. Of course the move was facilitated by the feral gubbmint, but that’s what corporations pay for through their lobbyists, and what they got. If you & I were multi-billionaires we could do the same. On second thought, we wouldn’t, because we have ethics guiding us, and the only morality Big Business has is bottom-line profit.
Now big Chinese companies are moving into Vietnam, where they can get skilled labour for less than US$5 a day. Really. They learned their lesson well.

How many items of equipment does the military use that aren’t classified according to their use or what they are used for? Just because it is commercially aavailable doesn’t mean secrets were not involved.
The question really is at what point does the USA react to an act of war on the part of a hostile foreign power?

This isn’t the first time BO has put our military in danger. Last year we had a destroyer traveling without escort, near China in International waters and China began harassing the ship. A few years ago, going against the world agreement that any country will allow a ship safe harbor in dangerous times China denied one of our Fridates, during a bad storm, safe harbor. They were never challenged. BO’s military has a bad habit of having no escort for many of our ships. The drone was supposedly being used for scientific studies, whatever broad description that includes. The value… Read more »

It would be preferable to “make friends” with foreign powers who are only hostile in the minds of war mongers, and create mutually beneficial trade agreements.

China’s strategy for the past 35 years has been to acquire foreign technology and intellectual property (primarily U.S.) by transfer (or theft), enabling them to leapfrog the ravine of innovation they were incapable of crossing. Concurrently, they created a technocrat class, by sending their scholars and young adults overseas (primarily U.S.) to be educated. Their uneducated worker bees and lack of regulations provided the least expensive manufacturing environment for U.S. based multinationals. This offshoring activity was encouraged by both governments and boosted the Chinese economy to its current status. The end game is to surpass the U.S. in global relevance.… Read more »

United States “capitalist” families such as the Rockefeller’s and Bushes have played a deliberate role in building communist China. At one time, our anti-Communist ally Chiang Kai-shek was on his way to rule China, but we stopped providing him with arms, and, instead, secretly armed Mao. Viet Nam war, we had to defeat Communism, but, shortly after it ended, we made deals with our Communist enemy that led our giving that country our industrial base. This was led by David Rockefeller, Henry Kissinger, George Bush, and Richard Nixon, the anti-Communist Viet Nam war hawk. If there is any doubt about… Read more »

Reblogged this on necltr and commented:
Some want the Project for a No America Century to succeed.