Are you middle-aged or older?
If so, here’s a quick and simple test that can predict how long you’ll live.
The test doesn’t require any preparation or special equipment, and takes you only a few minutes to do. You can take the test in your home, in whatever you’re wearing, including pyjamas! 😉
Ready?
Here are the instructions: 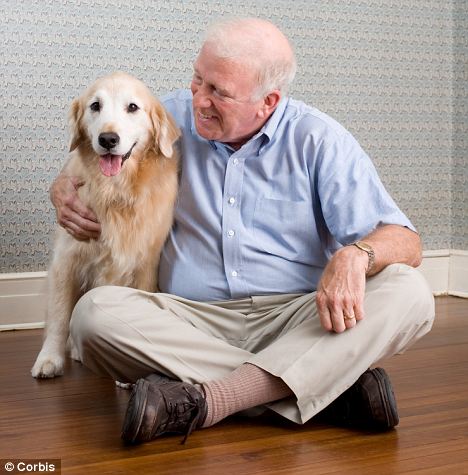 How did you do?

The sitting-rising test reveals a person’s level of musculoskeletal fitness, which is a strong predictor of health in the middle-aged and above. How an individual scores on the test is a predictor of his/her longevity-mortality.
Dr. Claudio Gil Araujo and colleagues at the Clinimex Exercise Medicine Clinic in Rio de Janeiro, Brazil, conducted a study on 2,002 men and women, aged 51 to 80, on their ability to sit and then rise unaided from the floor.
The participants were ranked on a score of zero to 10. People who scored 10 did not use any support to sit or rise from the floor.
The study found that the ability to sit on the floor before rising to a standing position was closely linked to all causes of death.
After doing the sitting-rising test, the participants were followed for an average of about 6 years. During the follow-up period, nearly 8% of the participants died. Most of those deaths occurred among people with low test scores. Only two people who scored 10 on the test died.
Compared to those who scored 8 or higher, people who scored below 8 were twice as likely to die. Those who scored zero on the test were 5 to 6 times more likely to die, according to the study. Each one-point increase in the score was associated with a 21% reduced risk of death.
Dr. Araujo explains that a high score on the sitting-rising test might “reflect the capacity to successfully perform a wide range of activities of daily living, such as bending over to pick up a newspaper or a pair of glasses from under a table. It is well known that aerobic fitness is strongly related to survival, but our study also shows that maintaining high levels of body flexibility, muscle strength, power-to-body weight ratio and coordination are not only good for performing daily activities but have a favorable influence on life expectancy.”
Although the study found an association between ability to rise from the floor and death risk, it did not prove a cause-and-effect relationship.
The study was published Dec. 13 in the European Journal of Cardiovascular Prevention.
H/t NewsMax and Daily Mail.
If you got a low score on the test, it’s not too late to do something about it. Start doing strength exercises like squats, sit-ups, leg-lifts and lunges, to improve your musculoskeletal fitness!
We don’t want to become like that old lady in the TV commercial who fell down and can’t get up.
~Eowyn

Got up w/no support. Good thing 🙂

Me too! 🙂
I don’t understand why no one else seems to be taking this test?

As the leading author of the “Ability to sit and rise from the floor as a predictor of all-cause mortality”, I am very pleased to note the interest brought by the study. I am also particularly glad in observing the comments posted by readers of The Daily Mail. I would like to say that yes, it is quite feasible to sit and rise from the floor using just one hand (it does not matter what hand). Placing more study’s data on the table, as a matter of fact about 50% (974 out of 2002) subjects in our sample (men and… Read more »

Thank you, Dr. Araujo, for the additional information! We are so honored that you paid our little blog a visit. 😀

Take heart, kheta! Use your test result as motivation to get stronger and healthier! 🙂

Thank you Dr. Eowyn for this interesting post. I am doomed! Because I am so crippled, I cannot sit on the floor cross-legged! However, I find Dr. Claudio’s comment encouraging. Deteriorating and degenerative osteoarthritis is a real drag.

Dear Joan,
As Dr. Claudio’s study painstakingly points out, the correlation between how one performs on the sitting-rising test and longevity/mortality is neither a PERFECT correlation, nor is it a cause-and-effect relationship. Note that in the study, two individuals who had scored a perfect 10 on the test, nevertheless still died within 2 years after they had taken the test.
The test should be looked on as a wake-up call to those of us who, unlike you bearing your heavy cross of degenerative osteoarthritis, are healthy but too lazy to exercise.

Thank you Dr. Eowyn for your encouragement. Indeed I found Dr. Claudio’s comments most helpful. You do so much for everyone, not only on FOTM but physically taking care of your wonderful family. You get enough exercise in one day for three people! I really have very little “tolerance” for lazy and slothful people who do not get any exercise.

I found this test interesting, but wanted to let those who may have scored poorly that my mother will be 92 on December 28th and has had bad joints and flexibility all her life. Several of her kids have inherited this bummer of a genetic gift (yep, I’m one of them), and as Dr. Claudio suggested, it just means we all try to be more active to slow down the stiffness and joint deterioration. I also wanted to add that water aerobics is great exercise for those of us with OsteoArthritis; it’s truly gentle on the joints, fun, and effective.

I am very surprised that this study had not taken into account whether a person is short waisted or long waisted, as this very simple factor plays a significant role in determining balance when rising from a sitting position.