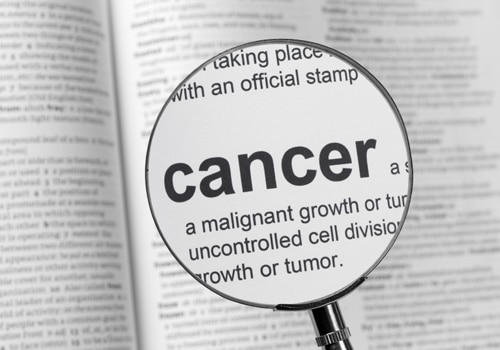 Charlotte Libov reports for NewsMax Health, Dec. 18, 2012, that a top cancer surgeon says we mistakenly focus on pain as a sign of cancer. Instead, tip-offs to common types of cancer are generally not pain, but other signs, such as a new cough or a new lump on the body. Sometimes, pain occurs only after the cancer has spread.
Vadim Gushchin, M.D., a cancer surgeon at Baltimore’s Mercy Medical Center’s Institute for Cancer Care, says to watch out for symptoms like the five listed below. If you are experiencing one or more of these symptoms, but you’ve never experienced them before, although the likelihood is that you don’t cancer, you should get checked out by a doctor as soon as possible.
1. Sudden Shortness of Breath
Lung cancer is the leading cause of cancer deaths in the United States, responsible for nearly 158,700 deaths a year. Sudden shortness of breath, wheezing, fatigue, and trouble swallowing are sometimes signs of early lung cancer. Coughing up blood-tinged phlegm is a symptom that should get immediate attention. While coughing is the number one symptom of lung cancer, the problem is that nearly all smokers cough. And, although they are in the minority, people who have never smoked, especially those exposed to second-hand smoke or radon, can get lung cancer as well.  Smokers should undergo regular low-dose lung CT screening to catch any possible cancers as early as possible.
2. Unexplained Tiredness
Colon cancer, the second leading cause of cancer deaths, kills 50,000 people a year, or one person every 9.3 minutes, and it kills men and women equally. Symptoms include changes in the stool and bathroom habits, and fatigue. Because tumors bleed, the loss of blood can cause weakness and tiredness. People who smoke, drink alcohol excessively, and those who eat a diet high in red meat and low in fruits, vegetables, and whole grain are at a higher risk.
3. Sudden Waist Size Gain
Difficulty fastening clothing over a waistline that’s suddenly expanded may not be a sign of overindulgence, but bloating, which can be an early symptom of ovarian cancer. Ovarian cancer kills more women each year than any other reproductive cancer, in part because early symptoms tend to be vague. However, bloating of a swollen belly, along with difficulty eating, feeling full quickly, abnormal menstrual cycles, gas, or pelvic or lower abdominal pain can be signals of the disease.
4. Yellowing of the Skin
Pancreatic cancer, a particularly deadly cancer, typically spreads with few symptoms. This is why, although fewer than 44,000 develop it each year, pancreatic cancer ranks as the nation’s fourth leading cancer killer. One signal is a yellowing of the skin or whites of the eyes. As pancreatic cancer grows, it may block the bile duct that carries bile from the liver to the duodenum. This causes jaundice, which in turn leads to skin yellowing. Other symptoms include loss of appetite, weight loss, and abdominal pain.
5. Itchy Breasts
Most women dread finding a lump in their breast because it is the classic sign of breast cancer. But the first symptom of inflammatory breast cancer, a less common form of the disease, is an irritated, itchy breast.
~Eowyn

Thank you Dr. Eowyn so much for this very loving post, warning us of the signs of this dreadful disease of cancer so that others might recognize same and help themselves. The actual warning signs are very interesting and we must take serious note of them.

Thank you for posting this article. I am currently a patient of Dr. Guschin and just went through ILI treatment and so far it seems to have slowed the progression of my melanoma, thanks to Dr. Gushchin, who is a wonderful that I would recommend to anyone. Next month he will do surgery to remove the melanoma and i just keep praying that it won’t come back. I feel that I am in good hands with help of GOD and Dr. Gushchin.

Joan,
A prayer to God for your healing….
♥