American society has reached a point in our history in which government has lost common sense.
A 400-lb. morbidly obese death-row inmate in Ohio is deemed too fat to be executed. 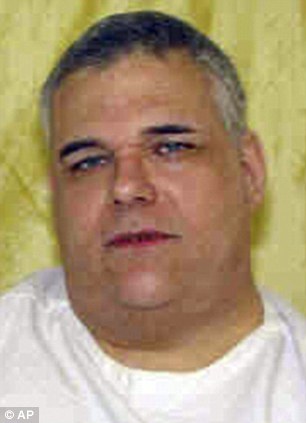 Cora Van Olson reports for Crime Library that 53-year-old Ronald Post, sentenced to death for killing Helen Vantz by gunshot in 1983, is scheduled to be executed January 16, 2013.
But in a court filing, Ohio State medical center anesthesiologist Sergio Bergese said Post is “too fat” to receive lethal injection in his veins. The killer is so obese, he does not have accessible veins in his arms, hands or legs for the insertion of an IV to administer the lethal dosage. Post also has scars on his left and right forearms from a suicide attempt that make his veins inaccessible for an IV, Bergese added.
Post says his depression and scar tissue would also make it difficult for his executioners to administer a lethal injection. He now wants a federal judge to stop his execution on the grounds his weight could cause him to suffer severe pain during the procedure.
Post’s attorney argues that, “given his unique physical and medical condition there is a substantial risk that any attempt to execute him will result in serious physical and psychological pain to him, as well as an execution involving a torturous and lingering death.”
Post had received the death penalty in 1985 for murdering 53-year-old Helen Vantz on Dec. 15, 1983. Vantz was the desk clerk at the Slumber Inn hotel in Elyria, Ohio. Post shot Vantz twice in the back of the head and stole various items, including a bank deposit bag of money and the victim’s purse.
Bill Vantz, the son of Helen, calls Post’s arguments “laughable”.
In 2009, after two hours and 18 punctures, Romell Broom was allowed to have his execution postponed. Broom is currently incarcerated in Ohio’s Chillicothe Correctional Institution.
In 1994 Washington State death row inmate Mitchell Rupe convinced a court that at over 400 pounds, he was too heavy to be executed by hanging, the only method of execution available in that state at the time, saying that the noose would wind up decapitating him. The courts eventually allowed Rupe to live out his life behind prison walls where he died in 2006.
H/t Daily Mail.
~Eowyn

Wow that murder occurred the day I was born! Literally, not one of my subsequent birthdays but THE day! I heard about this a months ago but didn’t know the day.

Here is the first source I heard of this. It’s hilarious and under two minutes.
https://www.youtube.com/watch?v=Mc8AVZDlaTM

Thanks, Julia! I’d forgotten Drinking With Bob, whom I had discovered several years ago. He still looks like he’ll bust a blood vessel any moment. LOL

How much did this guy weigh when he first entered the prison. I bet it was not 400 lbs. they must be feeding them well, on taxpayers dime.
I also think they need to use a firing squad with elephant guns.

“they need to use a firing squad with elephant guns.”
ROFLMAO!

Exactly … he’s not too fat for a bullet to the head.

Shoot the Bast*rd. Why should anyone care of his discomfort. Think of the families he destroyed and their pain. What a joke! He’s lived over 30 years feeding his fat ass while the families suffer the loss of a loved-one. What a legacy!

If he and others get a pass on this, then death row will eventually become “porkers” row.

put a 9 mil. thru his brain stem. he’ll never feel it, and save tax payers a bunch of money.

Just wrap him in bloody dead chickens, fly him to Florida, and drop him in a pond full of gators.
Seems simple enough to me.
-Dave

If we are going to have a “death penalty”, why not “do unto others as they do unto you?”
How about two bullets in the back of the head like he did to, Helen Vantz?
The “death penalty” doesn’t “say” much for our “society!” Does it now? Nope! Therefore…these people should simply be “removed” from society entirely…be put in prison, on “minimum daily requirement” of food and water…till they die! period! NO CHANCE OF PAROLE…EVER!
end of story.

This is why you eat Mcdonald’s, kids…it can save your life one day

Aside from the chance of killing an innocent person [it’s FAR more common than people realise], if we were certain that this person has been well & truly convicted and is guilty, then I suggest the following: 1. the guillotine, or 2. the long axe for beheading. I dislike the death penalty because while it makes us feel good for a moment, there is too likely a chance of executing an innocent or someone who was unable to afford an adequate defense [$250,000 is typical]. Having said that, you should know that I was instrumental in locating the serial killer… Read more »

Good for you. Having witnessed a serial killer up close (Bundy), you were right in exposing what information you had.

No need to consult newspapers, I remember it well, unfortunately.

Wow, Joseph. Have you had other such precognitive dreams?

I cannot profit from this ‘gift’ nor see my future, and it’s all-too-often been a life as Cassandra! End of discussion, folks.

Lethal injection not possible? How so? What about the jugular vein? Femoral artery? Guillotine? two or three ounces of a vascular constrictor in his drink? firing squad? Gas chamber? Or, Lord forbid, they force him to run 2 miles tied behind a 2 ton truck! What a touchy-feely society when concessions are granted to the convicted and sentenced murderous obese.

I will supply the bullets.The only thing I got is 12ga and a box of slugs.