2 of 10 U.S. shopping malls are unhealthy or dying

Causes of the death of malls:

Wonderful post! This certainly reflects what we are actually seeing. Interesting quote regarding malls from that one gentleman . . . “major segments of our society have gotten sick of them.” I certainly vote for that sentiment. When I was young, it was wonderful to walk the malls; now that I am a senior citizen–it’s not so wonderful. Seeing herds of young thugs, seeing the news that a shooting was perpetrated at this mall or that, and sometimes the walking (carrying packages) from one end of the mall to the other if just plain overwhelming. In the 1950’s my parents… Read more »

I like Auntie LuLu’s comments. I am probably not as old as she is. I did not grow up with the attitude that shopping was a form of recreation and going to the mall to ‘shop till you drop’ was not on our radar. Because of budget restraints, medical issues, etc. I have not shopped all that much over the years. Second had stores are my favorites for office attire. Now that I am retired to a farm, the local farm and home store has all the clothes (think jeans, t’s, insulated coveralls, insulated boots, etc) I need along with… Read more »

Randall Park Mall in Cleveland… the world’s largest at one point. (Saw Back to the Future here in ’85.) 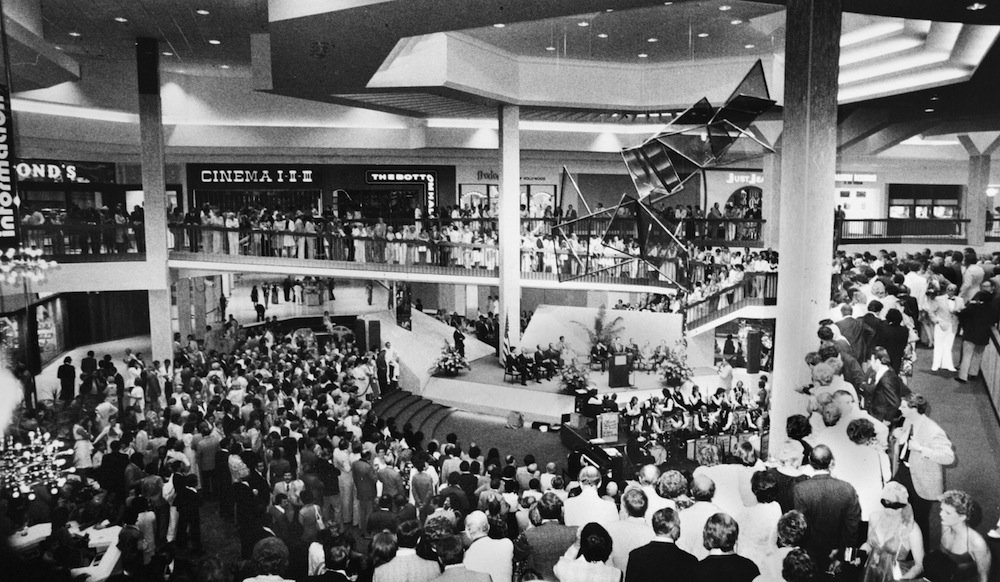 I prefer to shop at local stores whenever possible,also the second hand stores,and a couple of small feed stores. Shopping the local stores means higher prices and less to choose from,but I actually know the owners of most of ’em,so at least I’m supporting people I can see on the street and say “Hi” to. Some of the other stores I go to aren’t “local”,but they’re a looooong ways down the list of “Big Chain Stores”. I LIKE stores that,if they don’t have what I’m looking for,don’t mind sending me to a competitor,who they probably bowl,golf or ride dirt bikes… Read more »

“I prefer to shop at…also the second hand stores…” That’s all I’ve been able to afford for the past two years thanks to hopeandchange. Not that I don’t mind, the fiscal conservative in me likes a deal!

No one’s looking at the number one cause of the demographic changes responsible for this: Abortion.

There are only 1200 malls in the country?!?! I think there are one or two more than that. I also think they discount the internet sales more than what’s really happening. I know I will use the internet first. I hardly ever go out shopping at brick and mortar stores. I can even purchase ammo both tax free and shipping free, and price has YET to be beat locally. I use “ammo” as an example, because loaded rounds of ammo are really heavy, so you would think the shipping would kill you. I just wait until they have a “Free… Read more »

Thank you Dr. Eowyn for this interesting post. I have noticed that there are many specialty stores with very high prices in the mall.