110 people in the “entertainment industry” who are or had been involved in Star Trek movies and TV shows have come out on Facebook, declaring they’ll vote for a law-breaker, pathological liar, heartless woman who left 4 Americans — including two members of her own staff — to die in Benghazi, and a woman who wants to be President of the United States but insults and derides at least half of the population as “deplorables” and losers who still “live in their parents’ basements“.

This is the 110 Hollyweirdos’ declaration on a Facebook page, “Trek Against Trump“:

September 29, 2016
Star Trek has always offered a positive vision of the future, a vision of hope and optimism, and most importantly, a vision of inclusion, where people of all races are accorded equal respect and dignity, where individual beliefs and lifestyles are respected so long as they pose no threat to others. We cannot turn our backs on what is happening in the upcoming election. Never has there been a presidential candidate who stands in such complete opposition to the ideals of the Star Trek universe as Donald Trump. His election would take this country backward, perhaps disastrously. We need to elect a president who will move this country forward into the kind of future we all dream of: where personal differences are understood and accepted, where science overrules superstition, where people work together instead of against each other.
The resolution of conflicts on Star Trek was never easy. Don’t remain aloof –vote! We have heard people say they will vote Green or Libertarian or not at all because the two major candidates are equally flawed. That is both illogical and inaccurate. Either Secretary Clinton or Mr. Trump will occupy the White House. One is an amateur with a contemptuous ignorance of national laws and international realities, while the other has devoted her life to public service, and has deep and valuable experience with the proven ability to work with Congress to pass desperately needed legislation [… who] will someday lead us to the stars.

Blah, blah, blah.
The declaration is “endorsed by” the following 110 individuals. I’ve identified the names I recognize:

Remember these names and do not contribute to their fortunes with your hard-earned money.
~Eowyn

Their declaration is some of the best psycho-babble I’ve read in a while . And that last line ” Lead us to the stars ” , makes me want to puke .

More proof that the court jesters of times past have now spawned inheritors who have thrust themselves upon society as if their voice.
They live in a world of fantasy that does not relate one iota to the morals that have guided us for centuries. They would rip up our US constitution and replace it with the New World Order dictates of socialist elitists.

Shatner’s not there. Somehow (though he’s Canadian and thinks Trump’s a dufus) he might not prefer Hillary:
https://www.youtube.com/watch?v=3b56e0u0EgQ 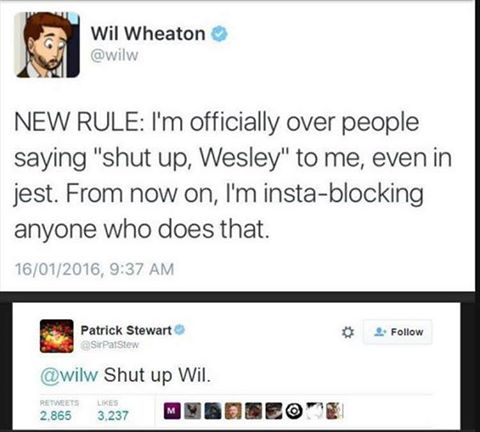 DCG . . . I am with you. My affection for Star Trek ended with the tv series. I am certainly not going to give any of my dearly earned money to dumb
S _ _ ts like these. They all must live in a dream world.
I did just see a blurb that supposedly “Cher” has spoken again Killary, saying the Millennials are against her because she is so dishonest, etc. This article went on to say about Trump, “He’s fantastic.” Let’s hope that more of the Hollyweird folks switch to this kind of thinking.

I don’t know beans about Star Trek either, so can’t comment on its fans. But if they have “Hollyweird Virus,” then it’s no surprise.
As for feminazi Cher, who is 70 now, she despises Trump with a fierce passion & says he literally “traumatizes her.” As for Hillary, Cher says she’s “known her a long time” & that HRC will “do her best” if elected. (Oh sure, like HRC’s history shows that! Her “best” is our “worst nightmare”!)
https://www.breitbart.com/big-hollywood/2016/10/01/cher-millennials-dont-trust-hillary-clinton-because-her-sins-are-really-enormous/

https://www.youtube.com/watch?v=gTSEv4syMzc
Good advice for those who think Clinton is the “women’s candidate”.

Half of them are probably dead, and will still vote demoncrat

Should I worry who Charley McCarthy endorsed? Bunch of losers and has beens.

Actors have to kiss the well polished knob of the Hollywood Elite to keep working…..Some suck on it, and others sacrifice chickens to Molech in a vulnerable semi prone position. Face it, there is something horribly wrong with the Pacific Ocean and it’s affecting their minds.

That’s 110 more people that would be lining up at the clinton trough. Nevermind all they’ll get is slop.
When you wrestle with pigs you both get muddy….and the pigs like it.